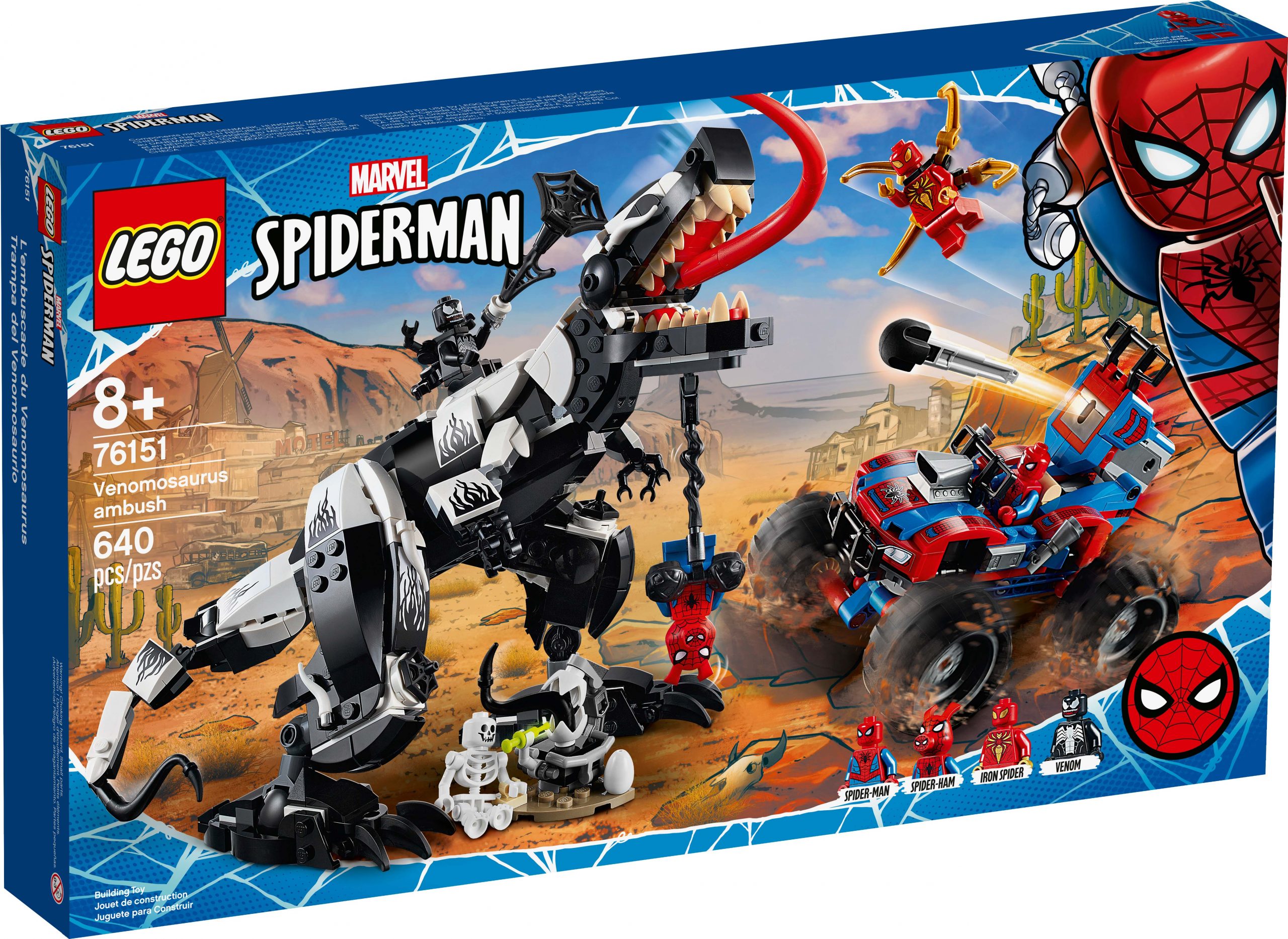 There are now high quality official images of the upcoming LEGO Marvel Spider-Man Venomosaurus Ambush (76151) which will be available starting June 1. The set has 640 pieces and will retail for $79.99. As mentioned before, the minifigures in the set include Spider-Man, Venom, an updated Iron Spider, and a new Spider-Ham minifigure.

Marvel fans can recreate favorite movie scenes and devise their own imaginative adventures with Spider-Man, Iron Spider, Spider-Ham and Venom minifigures in a battle for the crucial Venom egg. The creative play steps up a gear when kids place the Venom minifigure into the mighty Venomosaurus building toy, with its vicious jaws and black web-weapons, and put Spider-Man into his mega-buggy, with its awesome weapons and super-suspension.

LEGO Marvel Spider-Man playsets are filled with collectible vehicles, mechs, buildings, minifigures, weapons and gadgets. These hot building toys transport kids to a universe of superhero adventures where they build key skills as they explore and play.

-Kids relive favorite Marvel movie scenes and create adventures of their own with Spider-Man, Iron Spider, Spider-Ham and Venom minifigures, as they battle for the Venom egg – inside of which is the Venomized skeleton.

-The creative play intensifies when kids place the Venom minifigure into the Venomosaurus, with its vicious jaws and black web-weapons, and put Spider-Man into his vehicle with its awesome weapons and super-suspension.

-It’s not just Marvel movie fans who’ll be thrilled to receive this Spider-Man building toy as a birthday present. It makes a great gift for any child aged 8 and up who loves imaginative play with hot action construction toys.

-With the Venomosaurus building toy measuring over 7” (18cm) high, this popular playset inspires endless epic adventures and makes an awesome display in any kid’s room. 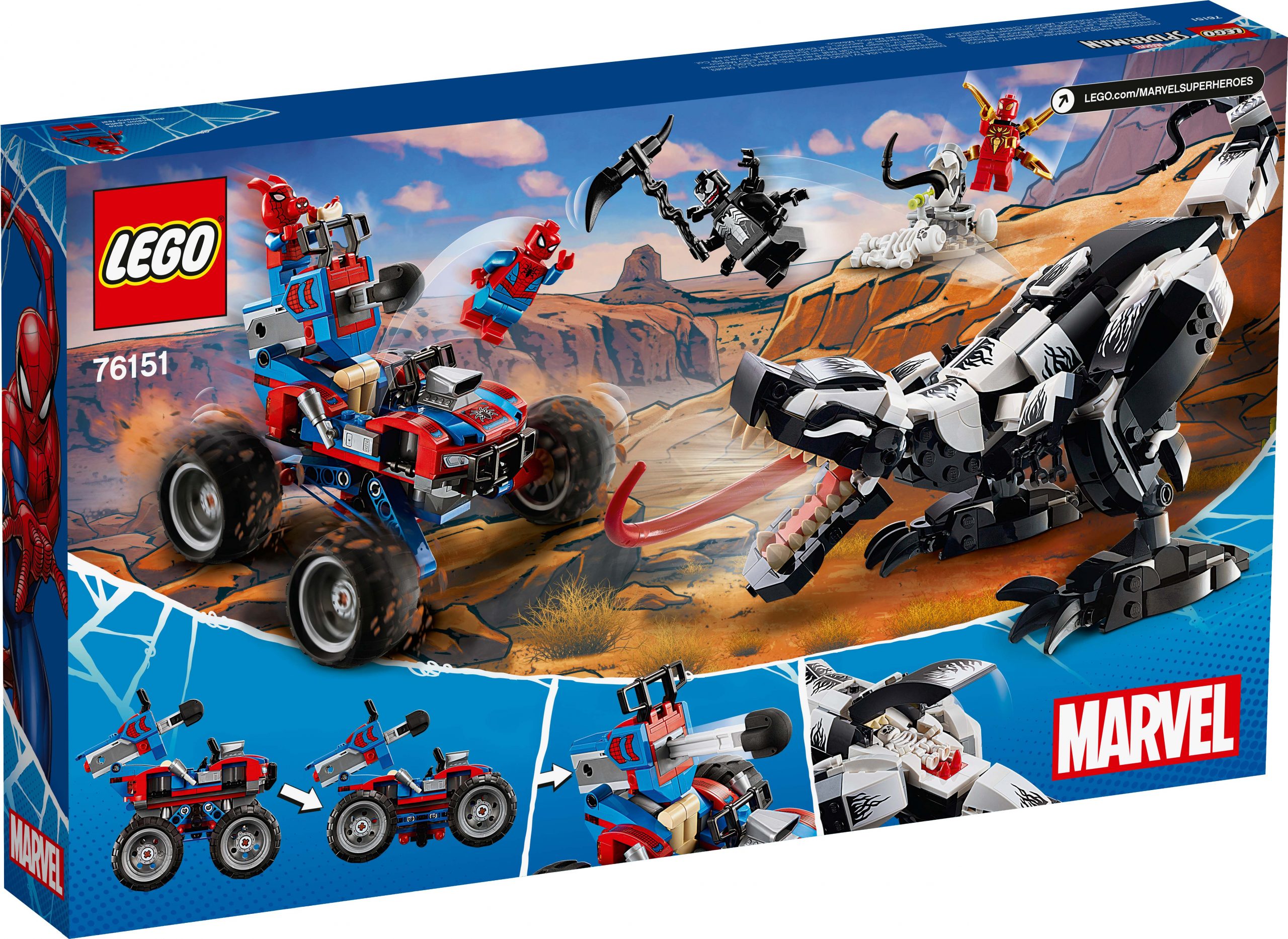 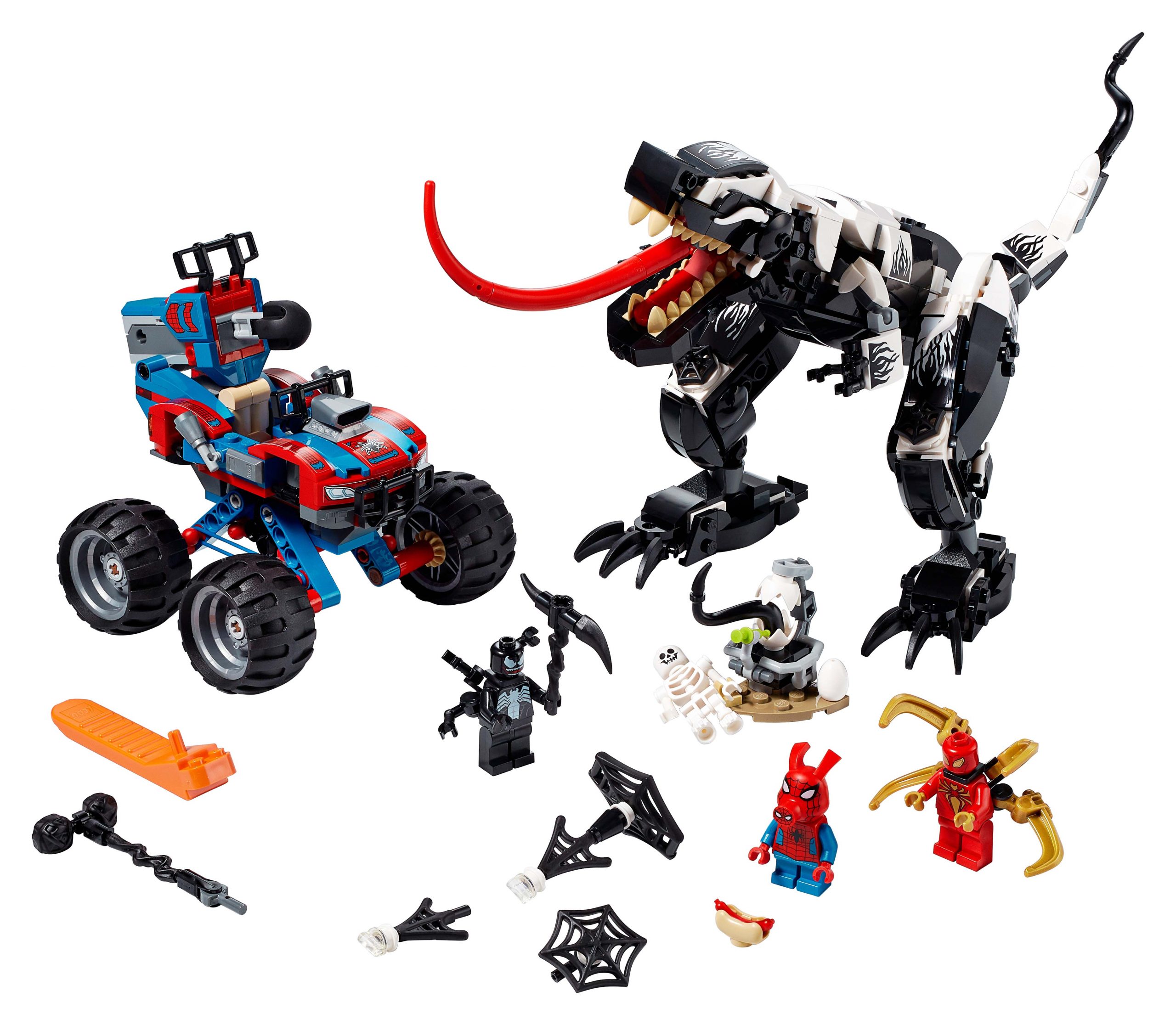