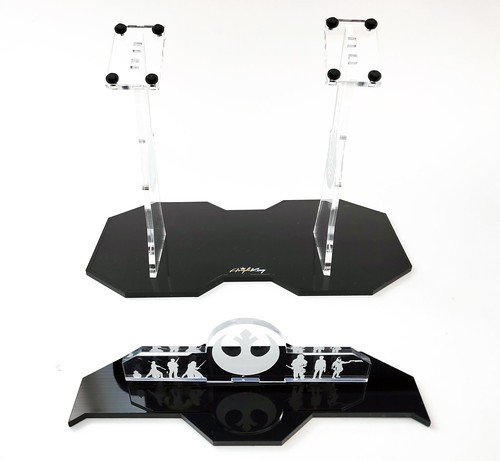 There are some LEGO sets that look great as a display piece especially LEGO Star Wars sets. The folks at AcryliKing has reached out to us to take a look at their display stand for the regular Millennium Falcon. This stand is compatible with the 75105 or the 75212 versions.

When I opened the envelope from the mail, the parts for the stand are shrink wrapped into a little package. All the parts are separated by some styrofoam sheets to keep them from rubbing against each other and scratching them. 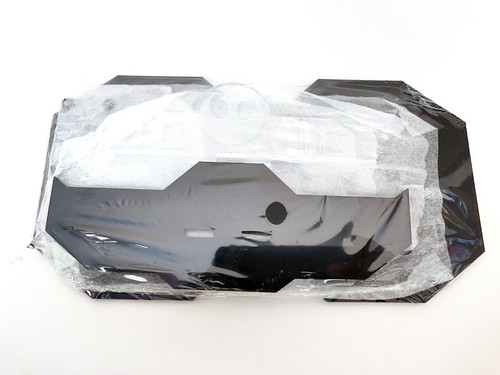 The main base itself has a good high quality feel to it. The middle of it has the AcryliKing logo but not too invasive. There are four open slots to attach the pillars to them. 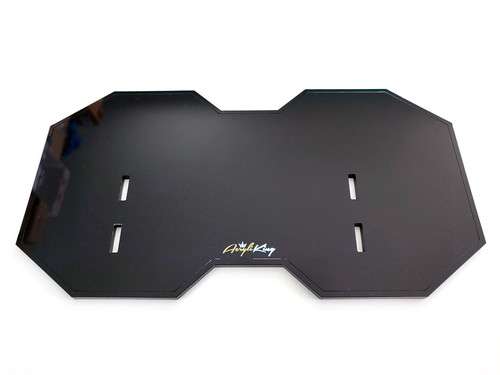 There are two pillars with the Millennium Falcon printed on it. There’s also designations of the left and right pillars for the stand. It’s hard to see them on the image but they are there. Attaching to them are the parts that go to the underside of the Falcon. These are the size of 4×6 plates with some official black 1×1 LEGO round plates.

There’s also a smaller stand along with a laser cut plaque showing some of the characters from Star Wars Episode 7 as well as the Rebels symbol. 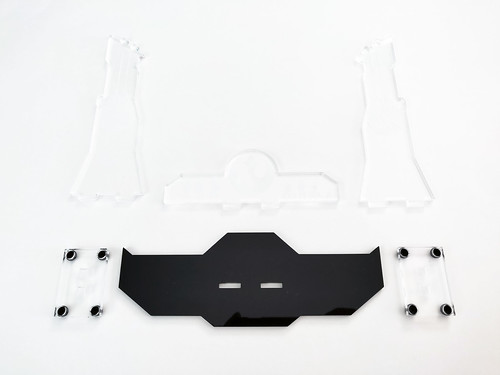 It took me a while to get it on but once the Falcon is on, it seems pretty sturdy. I will say that my left pillar is a bit loose on the stand but it’s fine so far. Because it was loose, it took me a little longer to put on since it was wobbly and it doesn’t “snap” in like the right side. It looks like the tab that goes on the stand was cut a bit smaller than the other one. Once it’s on, the Falcon sits at a 45 degree angle and that allows you to save some space essentially cutting the way you display it in half. 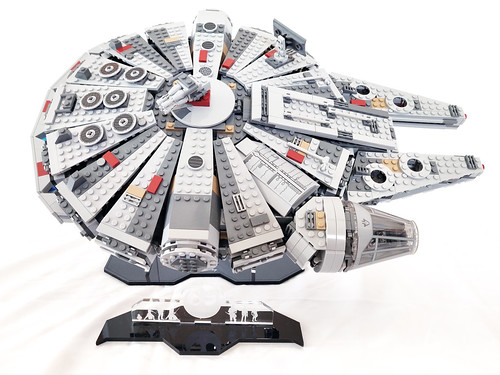 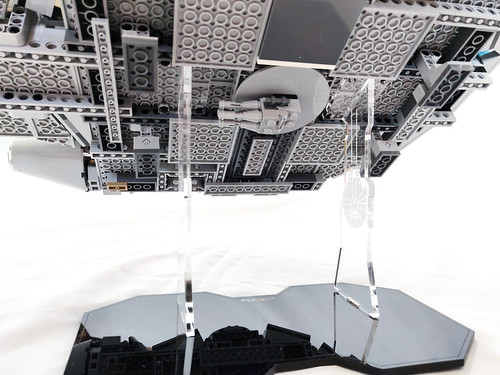 Overall, I would say the AcryliKing Display Stand is a good stand. Aside from the one loose leg, it don’t see any major issues with it. As it is made from black acrylic, it will definitely collect dust over time. I’ve had it up for a few days on my table and so far it hasn’t fallen down yet.

AcryliKing is selling the stand for $49.95 over on their site but they also have it on Amazon for $39.95. There’s also a 20% coupon promotion going on so it will be $7.99 off with free Prime shipping. For $24, I would say it is a better purchase than the regular price.

This item isn’t for everybody but for those who likes to display their sets while saving space, it may be worth taking a look at.

Thank you to AcryliKing for sending in this stand for me to review. The content above represents my own opinion and not the company. Review items sent in does not guarantee a positive review.