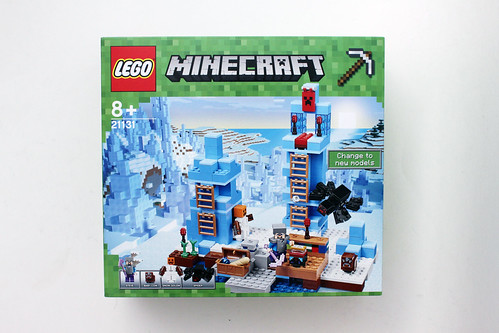 Next up on my reviews of the LEGO Minecraft sets, I have The Ice Spikes (21131) which contains 454 pieces and retails for $39.99. The contents of the box include four numbered bags and two instruction booklets. 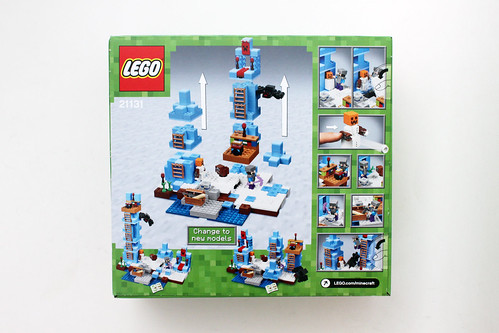 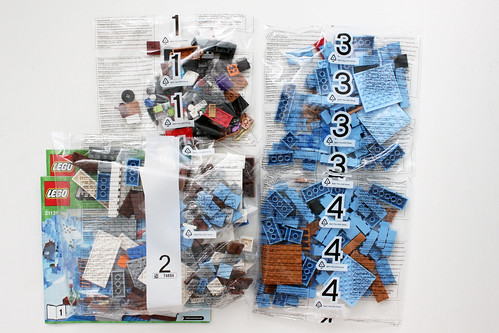 There is only one minifigure in this set and it’s Steve. He has on the usual blue shirt, purple pants outfit. He also has on some iron armor and helmet. His accessory is a moonlight pickaxe which is wxclusive to this set. 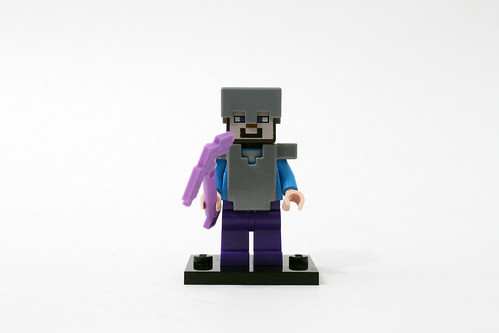 As with almost every other Minecraft set, the first bag consists of some of the accessories for the set such as an enchantment table with book, some bookshelves, a lapis lazuli ore, a bed, some torches, crops, and a chest. There’s also some brick-built creatures including a snow golem, spider, and a baby cow. 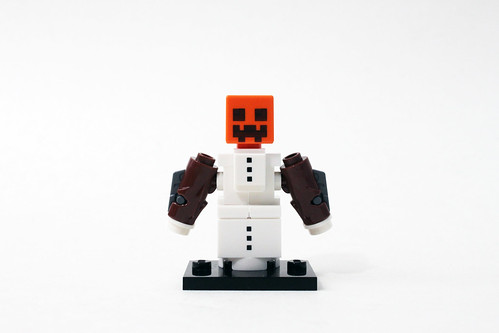 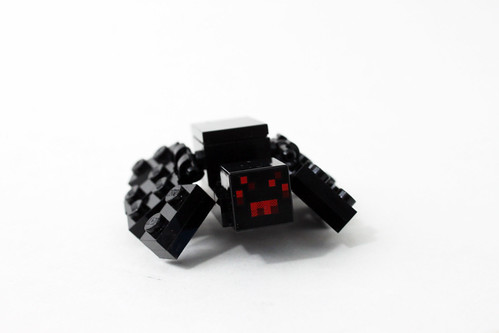 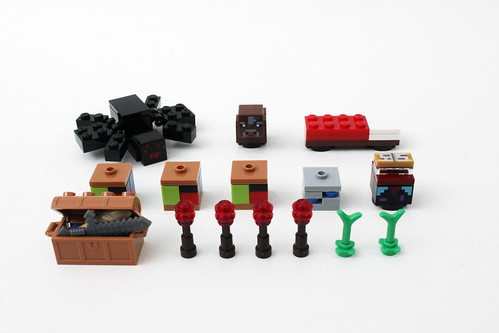 For the next bag, we basically just build the foundation for the ice plains spikes biome which consist of lots of white plates with some water on one side. There’s also lots of medium-blue jumper plates which we’ll utilize later. Lastly, there’s a turning function for the snowman to transform into a snow golem. 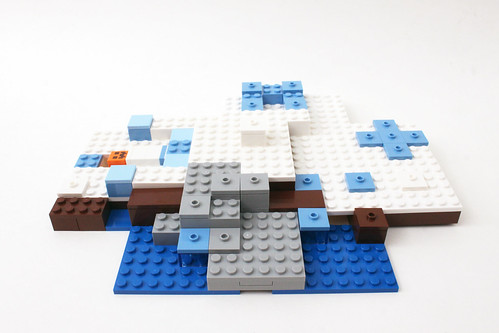 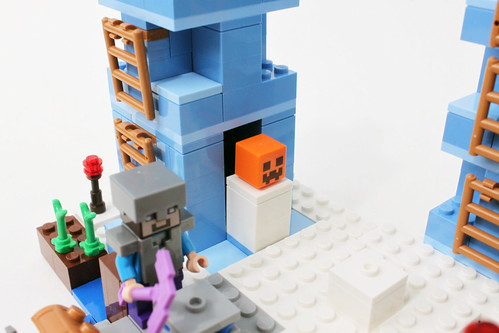 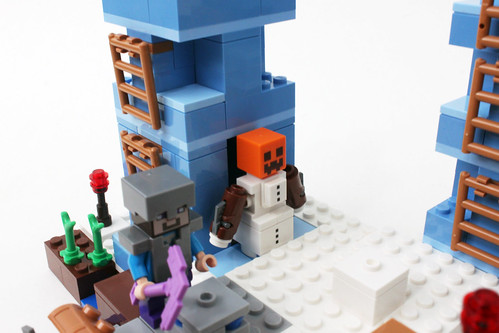 The third bag is used exclusively for the large ice column which is built by stacking 2×2, 2×4, and 2×6 bricks. The column is four levels high and the top can be accessed by the ladders in the front. On the top level, the bed sits beneath the printed red banner. 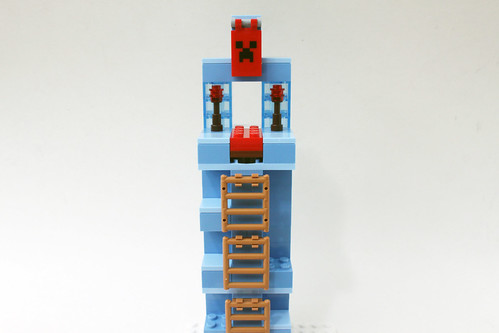 For the final bag, you build another ice column on the left side. The base is stacking bricks while the rest of the column is a similar build to the previous one. Lastly, you add on all the accessories that were built in the first bag. Next to the water is the library for the bookshelves and the enchantment table. 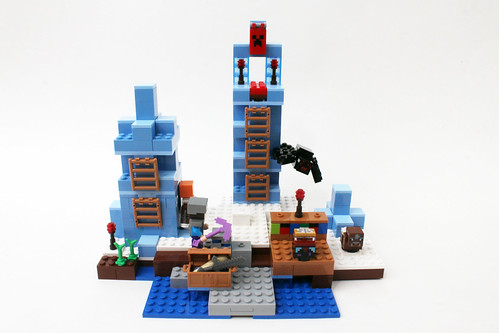 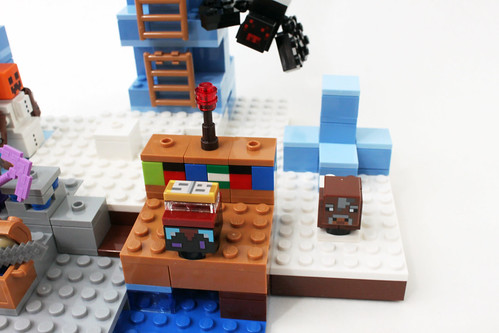 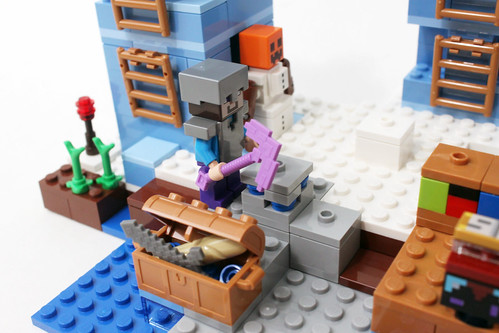 LEGO Minecraft The Ice Spikes (21131) is the second Minecraft set to be centered towards the snow biome with the first one being The Snow Hideout (21120. Overall, it is a decent set with a variety of new or rare parts that builders may enjoy. As for the set itself, it’s not a bad model although the ice columns are somewhat simple and repetitive. The play features are also lacking but as with other Minecraft sets, you can rearrange some of the areas to give it a whole different look. 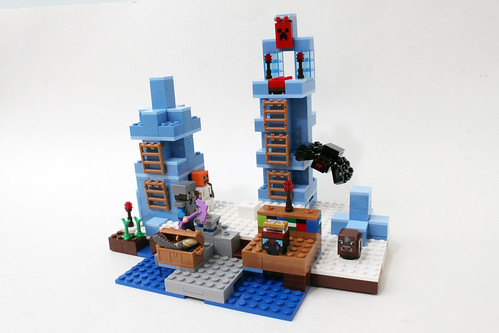