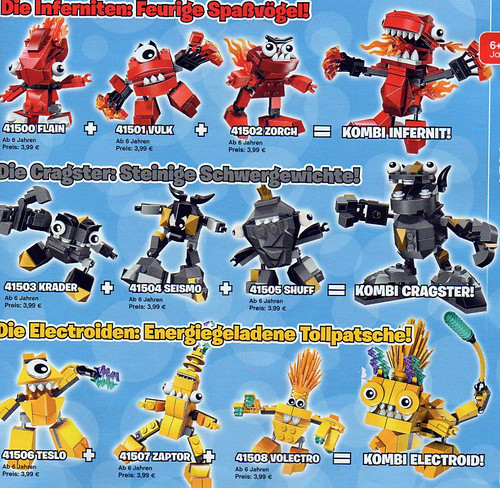 Images of the new LEGO Mixels sets have emerged via Hoth Bricks. They state the images come from the back of a German catalog. There are three figures that are in three factions: Infernites, Cragsters, and Electroids. We first saw the Mixels at SDCC 2013 but now we get to see the rest of the sets.

LEGO Mixels are set to be released in March 2014 along with the animated TV series on Cartoon Network and are tentatively priced at $3.99 each. You can read more of what the Mixels are about on the official press release.