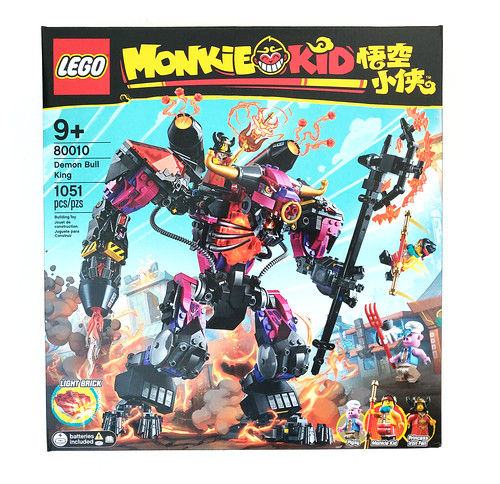 The LEGO Monkie Kid sets have been available for a little bit now and it is one of the more anticipated themes for me personally because of the story behind it. The first set that I want to take a look at is the Demon Bull King (80010). It has 1,051 pieces and retails for $89.99 and the contents of the box include 9 numbered bags, the instructions, and a medium sized sticker sheet. 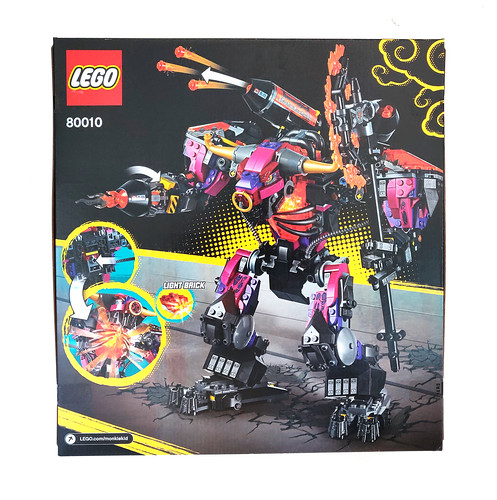 There are three minifigures in this set, Monkie Kid, Pigsy, and Princess Iron Fan. Monkie Kid has on a flame-orange jacket decorated with the Monkey King on the front and back including a cloud and the word sky in the front and smiling Monkey King on the back. The legs are dual-molded with his sneakers. Wrapped around his neck are some turqouise goggles. He has a double-sided head with a smirk on one side and an angry expression on the other. His accessory is Monkey King’s Golden Staff. 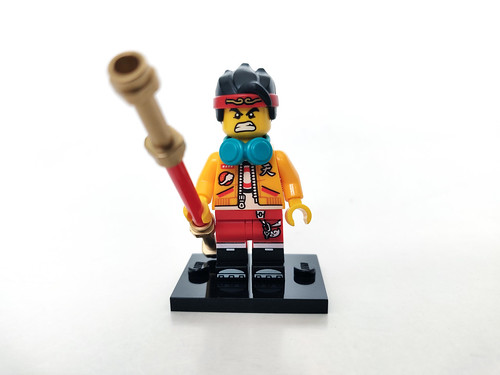 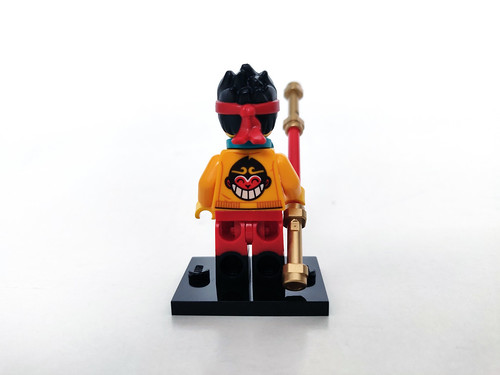 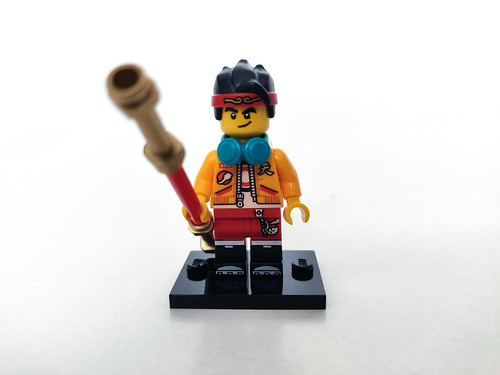 Next up is Pigsy who wears a blue vest. The back of it has his logo from his Food Truck. The legs are the medium length ones with printing of pockets in the front. His head is specifically molded with a grumpy expression and I can see a use of it in other builds. His accessory is a Rake Cannon. 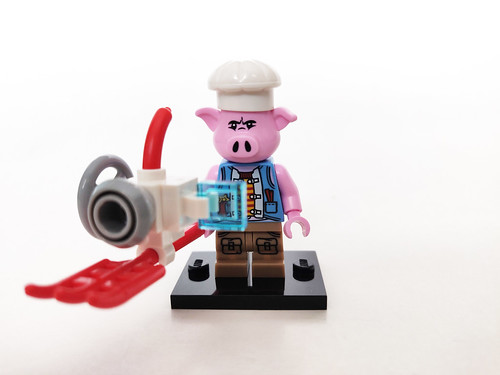 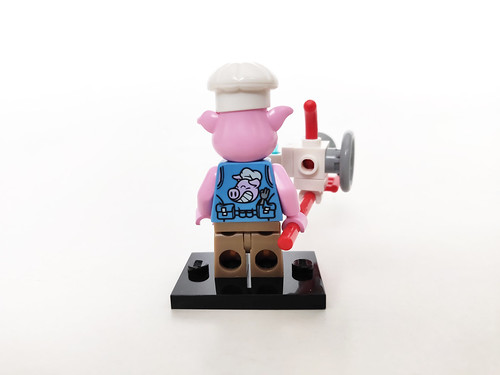 Lastly we have one of the villains of this story with Princess Iron Fan. She has a very detailed dress complete with a dedicated dress piece. She has a double-sided head with a smirk on one side and an angry expression on the other. Her hair piece looks pretty cool with the horns. Her accessory is her Magic Fan which has a red and gold foil. 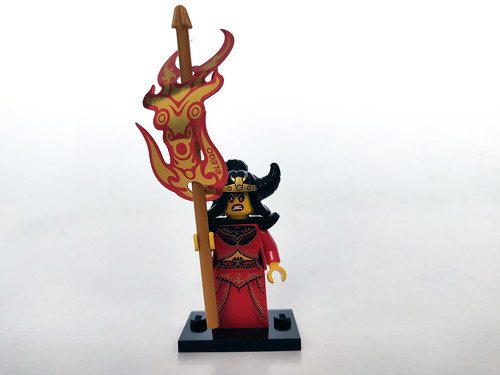 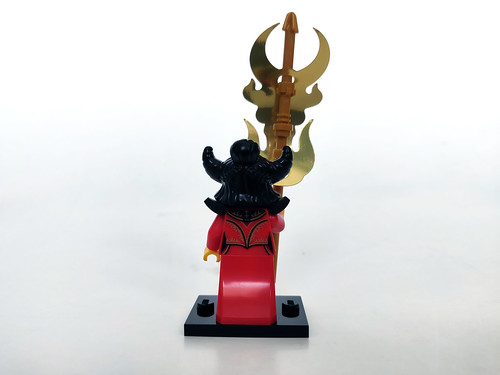 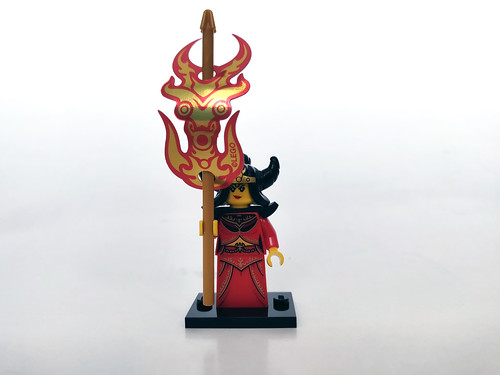 The first bag provides you the parts to build the Demon Bull King’s head. It mainly consists of bricks with studs on the sides to give it details all around. I’m not sure how he became more mechanical looking since the show hasn’t shown it yet but I do like the use of Metalbeard’s beard piece for the lower jaw. The horns that attach to the side of the head are a nice pearl-gold trunk piece and the color, also on the nose ring, is a nice contrast to the purples. I will also note that the eys on the slope pieces are printed. 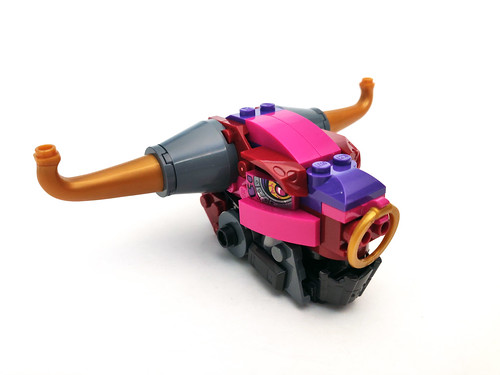 Next up, we have the frame of the body. It uses a Technic frame for the light up feature on the front of the chest later on. The arms will be using a turntable to give it some tightness while the legs are on click joints. 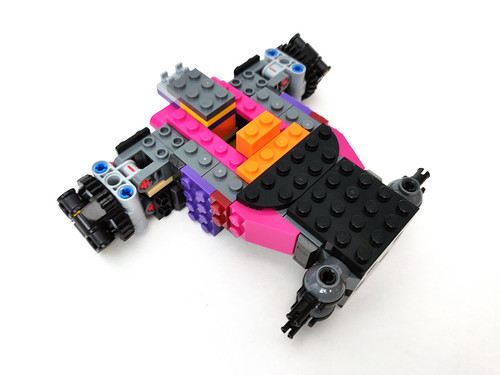 Bag 3 makes the torso even bulkier by adding his trans-orange chestpiece complete with the ribcage. As mentioned before, there is a light brick that slides in from the back. The legs are also bigger by add another set of click joints and the waist piece. The head is connected on to the body right above the chestpiece. 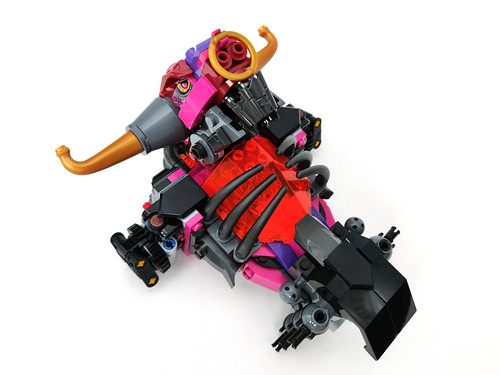 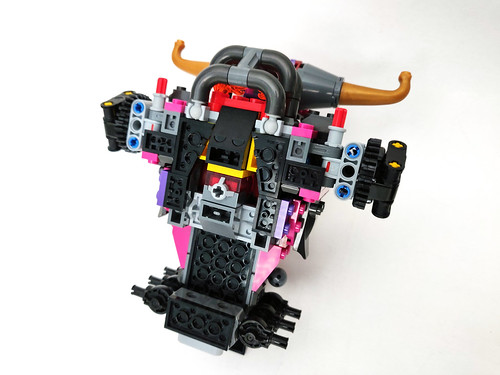 The legs the similar builds but opposite for the respective leg. Flex joints are connected to the click joints to give Demon Bull King a wide variety of motions for the legs. 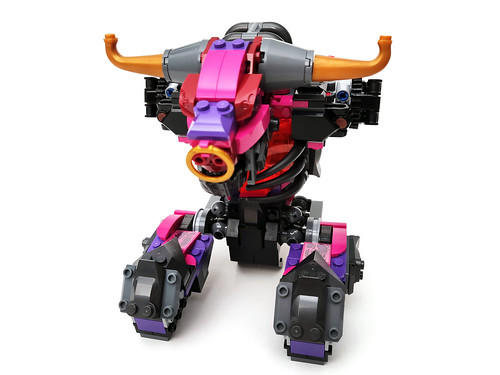 Bag 5 isn’t too interesting as you mostly build the armor pieces right above the feet. Both are the exact same build. The rest of the parts are used to fill out the detailing for the thighs. 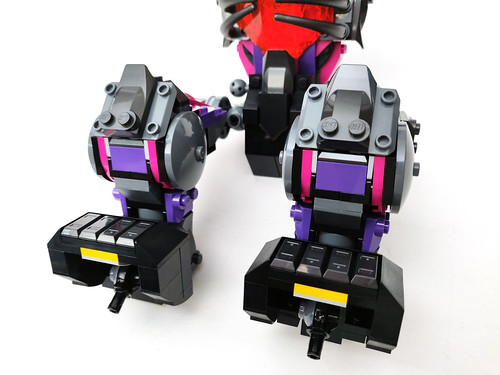 We’re now halfway done and bag 6 is for the feet which are the exact same so we won’t spend too much time on it. I do want to note there are a couple more beard pieces which are now used for the toes. Both attaches on to the legs using the click joints. 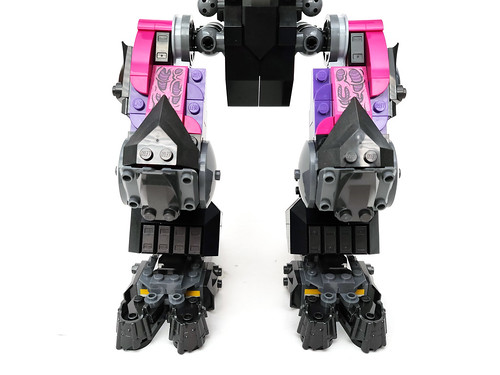 Bag 7 is dedicated to the shoulder areas. Both have large trans-orange windshield pieces as part of the design which I do like however there’s a fairly large sticker on each. I don’t actually mind it because it does look better with it. 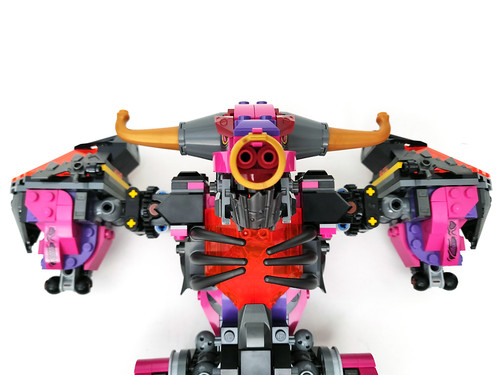 For bag 8, we have the two arms which connects to the shoulder using ball joints. The finished right arm is actually a flamethrower complete with a danger sticker near the barrel. The middle part where I assume the fuel goes in has lots of details such as the printed caution tiles and robot arms covering the trans-orange round bricks.

The other arm is more basic as it is just a regular arm with articulated fingers. There is a sticker on the slope for a bit more detail. 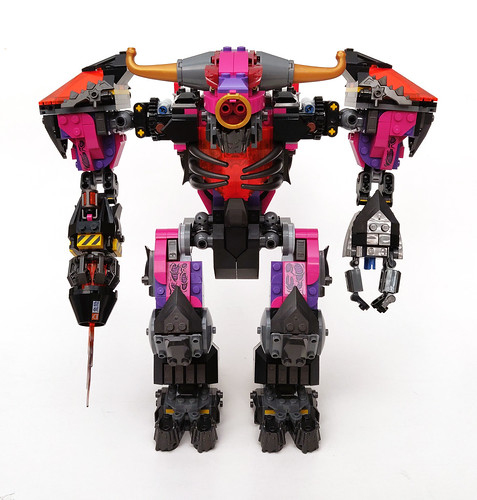 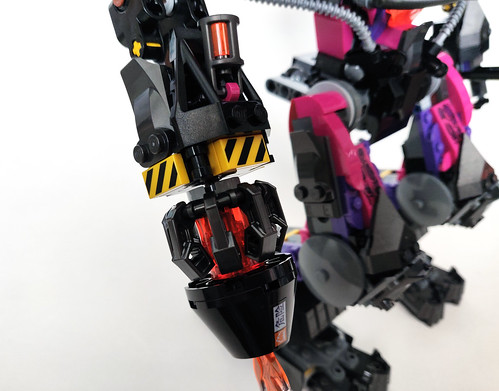 Finally we have complete the Demon Bull King’s look with some large stud shooter cannons. The main detailing here is the trans-orange cylinder piece with a large sticker going over it. The back has a Technic axle connector to push forward to launch the studs everywhere. There are also some tubes that go from the waist to the back of the torso. The Demon Bull King also has a large axe made up of smaller trans-orange blade pieces. 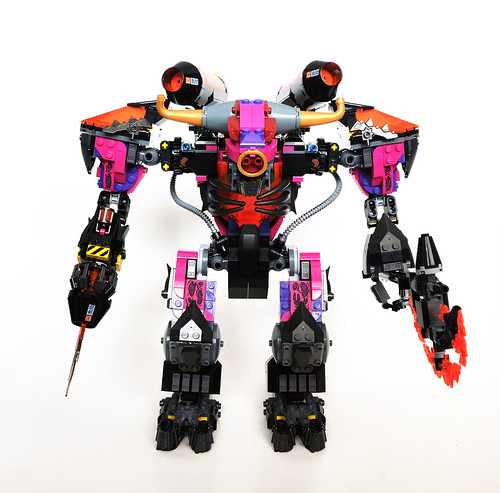 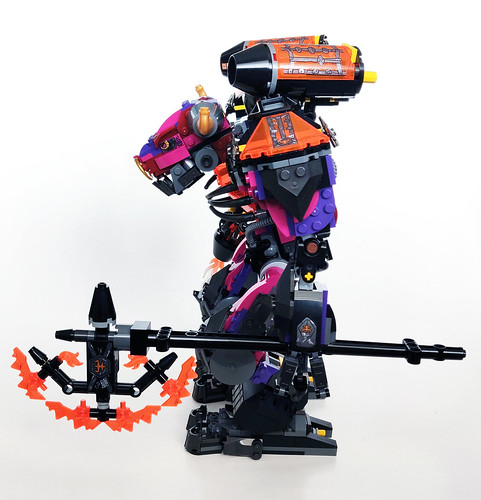 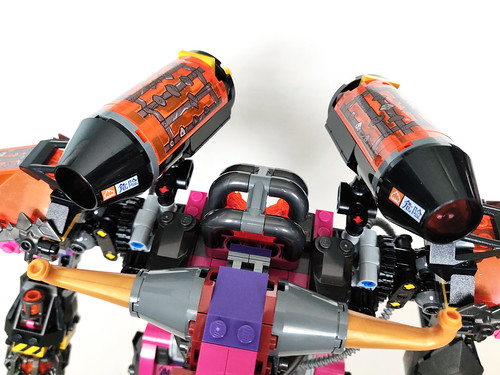 Overall, if you’ve built LEGO mech type builds before, the Demon Bull King (80010) will look somewhat familiar in terms of building techniques. Since we don’t know yet how he ends up in this mechanical state, it’s hard to compare it to the cartoon but I will say that I like the look of it. The orange looks really good against the purples and blacks. The stud shooter cannon play feature is nothing too special but I like the axe that he holds. One last note is that Princess Iron Fan is exclusive to this set so you’ll have to get this set to get her or go the secondary market route. 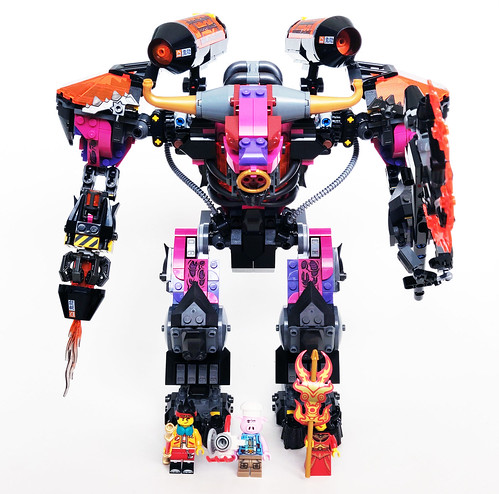