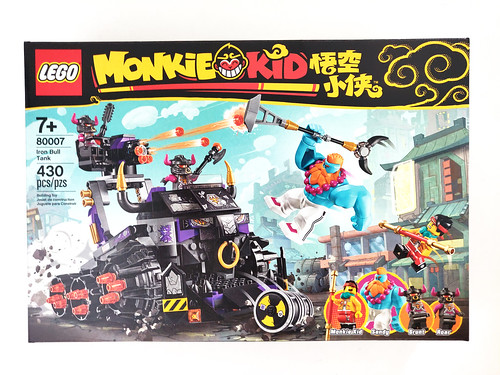 On my next review of the LEGO Monkie Kid sets, I have the Iron Bull Tank (80007) which has 430 pieces and retails for $49.99. The contents of the box include four numbered bags, a separate bag for Sandy, the instructions and a sticker sheet. 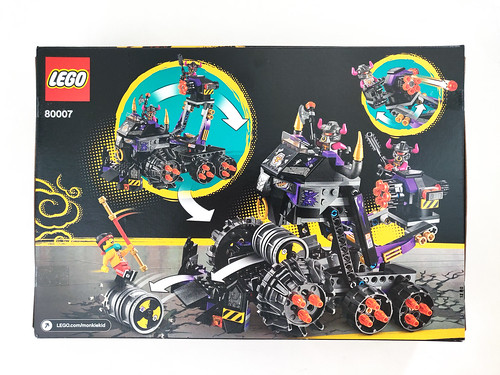 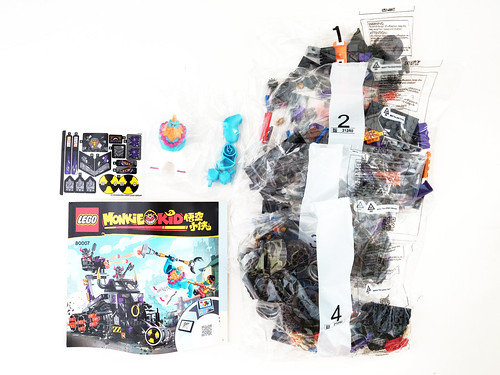 There are three minifigures in this which are Monkie Kid, Grunt, and Roar. There is also a bigfig of Sandy. Monkie Kid has on the same outfits as in the other sets I’ve reviewed so far and this version of him is the same one as in LEGO Monkie Kid White Dragon Horse Bike (80006). 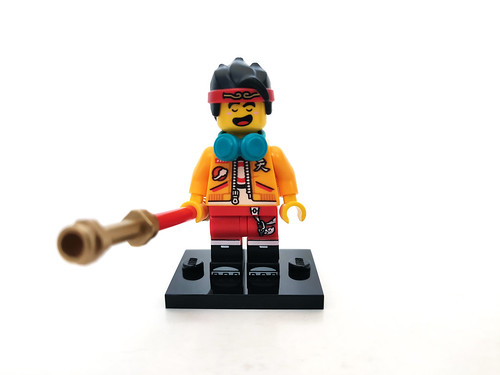 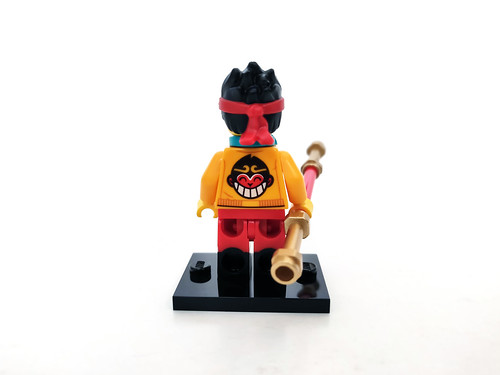 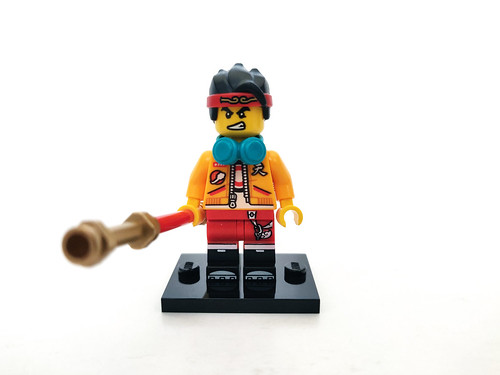 Grunt and Roar are the same minifigures for the Bull Clone army. There is nothing that makes them unique from each other. 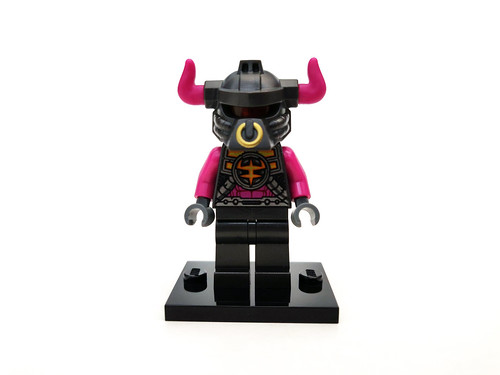 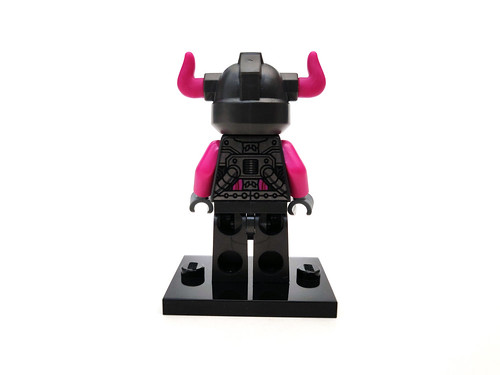 Lastly we have the Sandy bigfig which you’ve probably seen leaked online months before the release. The mold is new with new molding for his orange mohawk and beard along with beads around the neck. His accessory is a brick-built spade. 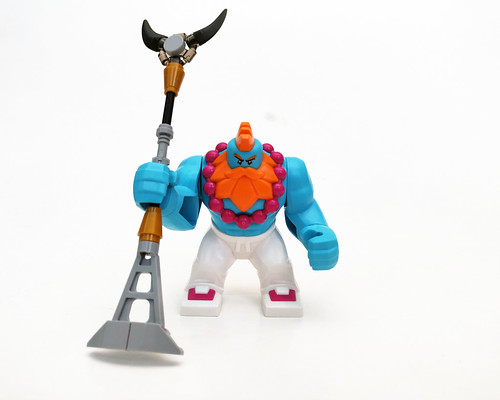 The only build in this set is the Iron Bull Tank itself. The first bag is dedicated to building the rotating turret which is equipped with a six stud shooter. The turret is on a turntable and the stud shooter is used by turning the gear on the back. 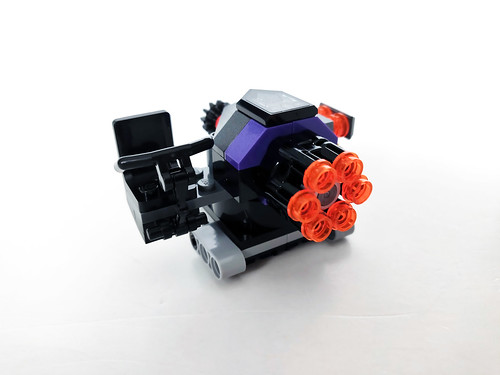 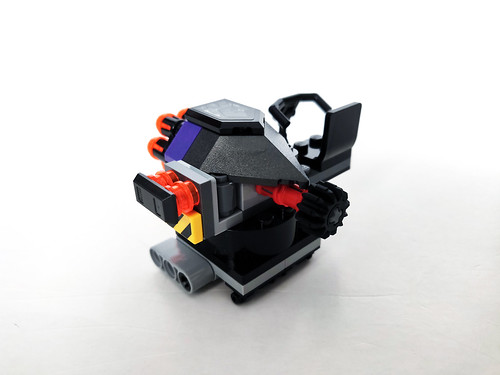 The second bag is for the frame for the Iron Bull Tank. It has mostly a Technic frame and there’s a ramp for the oil barrels to drop down from. 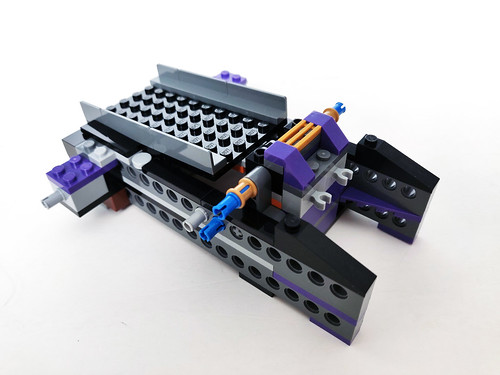 The next bag is for the lift arms for the oil barrel drop which is connected to the control area in the front. The mechanism works well allow for the cockpit to rise without tipping down. There are a lot of stickers in this area on the black windshield piece as well as on the slope pieces below it. There are horns on the sides as well as a nose ring to make it look like a bull. 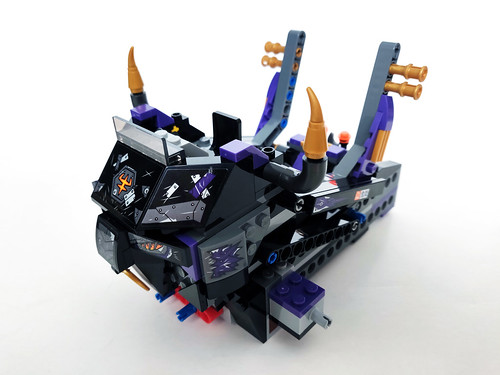 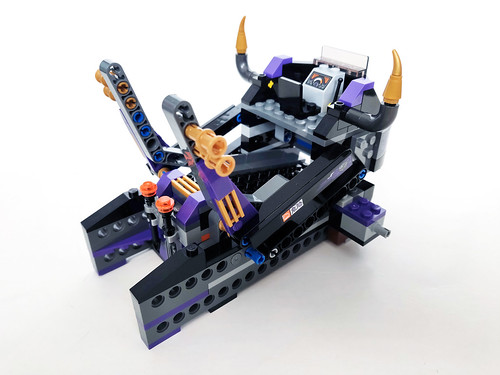 Lastly, we have the front bumper area which is decorated with both printed tiles and stickered shields. The last thing you do is to attach the large wheel on the front and the four smaller wheels in the back. 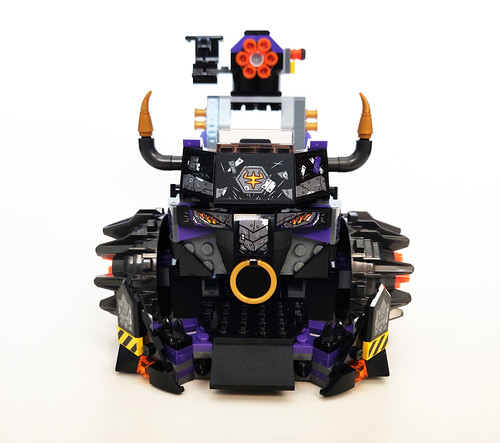 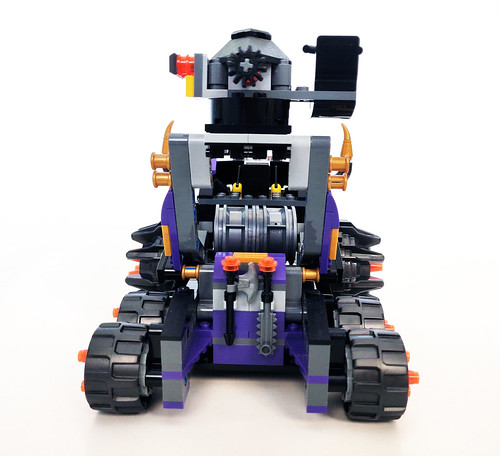 Overall the LEGO Monkie Kid Iron Bull Tank (80007) is actually a pretty fun set but doesn’t look too visually appealing. The front of the tank has a lot of stickers which is disappointing but it keeps it from being too bland. The play features are the highlight of the tank. The oil barrel “launcher” doesn’t really launch it but lets it roll out from the front. The stud shooter wasn’t really needed but it fills out the back. 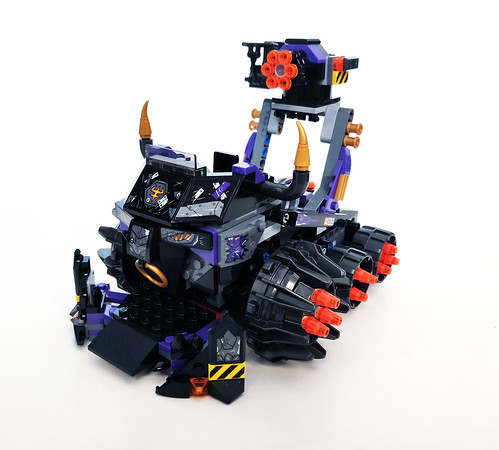 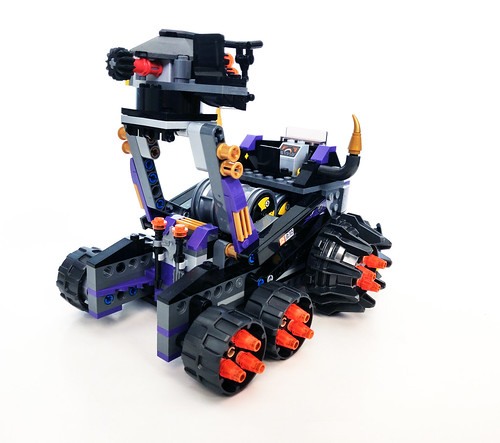 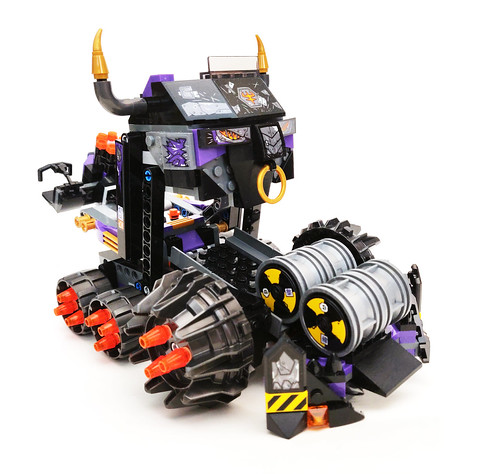 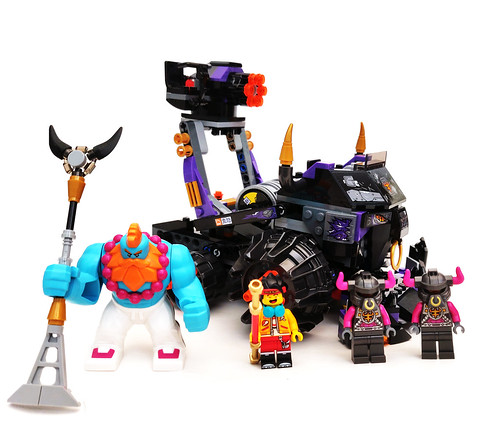