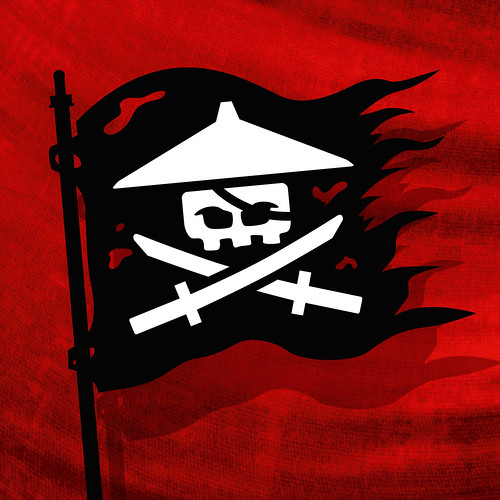 The time is finally here for you LEGO Ninjago fans. The official images for the 2016 LEGO Ninjago sets are now available via Amazon France. As you can see the storyline continues on with the Sky Pirates theme which was revealed at San Diego Comic Con. The only set doesn’t have images is the Sky Shark (70601) probably because it is a store exclusive. I’ve also added the set descriptions which were found a few months ago.

Set off in pursuit of sky pirate Sqiffy’s flyer with Kai and Nya’s bikes. Kai’s bike features fold-out cutting’ golden Ninja blades and hidden cannons/boosters, while Nya’s bike is equipped with an adjustable elemental water cannon to target the flyer. Evade the flyer’s bombs and battle to free the trapped Cole’ element from the special Djinn blade. Includes 3 minifigures with assorted weapons: Kai, Nya and Sqiffy.

Zoom into battle against Flintlocke’s Sky Shark with Lloyd using the convertible drone/jetpack. The Sky Shark jet features a dynamite-dropping function, fold-out blades, 6 detachable guns and a hidden sword, plus lots of pirate details. Defeat the sky pirate and then free the trapped Kai’ element from the special Djinn blade. Includes 2 minifigures: Lloyd and Flintlocke.

Stage an aerial conflict between Doubloon’s Raid Zeppelin airship and Zane’s flyer. The Zeppelin is armed with a firing front cannon, 2 stud shooters and has a trapdoor function to drop barrels of dynamite (and captured Ninja warriors!). Retaliate by firing the flyer’s elemental ice stud shooters and battle for the special Djinn Blade with trapped Jay’ element. Includes 3 minifigures: Zane, Doubloon and Clancee.

The action-play possibilities are endless with this detailed Tiger Widow Island model, featuring a tower with a Ninja mission room and opening cave, plus a falling palm tree function and posable spider. Defend the island from Sqiffy’s pirate flyer and the Dogshank big figure’s attacks, dropping coconuts on her from the tower and Sensei Wu’s hot air balloon. Includes 4 minifigures: Nya, Cole, Sensei Wu and Sqiffy, plus a Dogshank big figure.