Brickset has uploaded a listing of a new LEGO Ninjago Battle Pack (851342) that will be a LEGO Store exclusive in the near future. The Battle Pack features Kai and Jay as well two of the new Ghost Warrior villains which were introduced in the summer 2015 wave sets with Wooo and Howla. The set also includes a slew of weapons to go along with the characters. There is no pricing of the LEGO Ninjago Battle Pack (851342) but judging from similar sets from other themes, I believe it’ll be priced at $14.99. 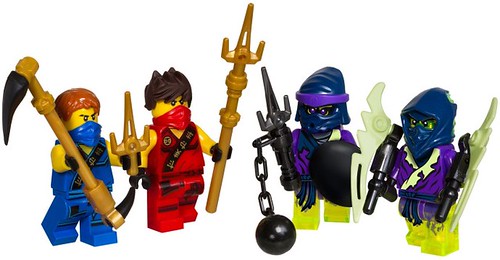