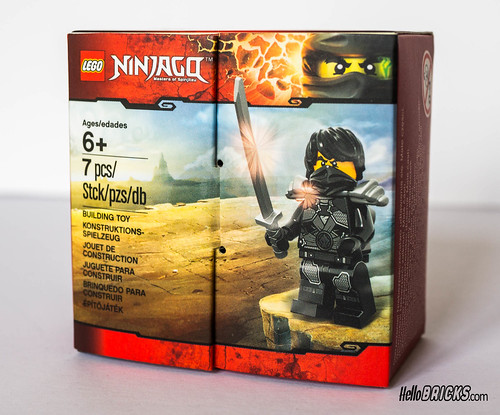 Just revealed over on HelloBricks is a new exclusive LEGO Ninjago Cole (5004393) in his stone armor. The packaging is similar to the LEGO Nexo Knights Royal Guard (5004390) promotional minifigure that will be given out next month with the LEGO 2016 Wall Calendar voucher. It’s a small box that opens up in the middle to reveal the minifigure. It’s cool that this type of packaging isn’t an one-off thing for the Royal Guard. As far as how to get the Cole (5004393) minifigure, that is unsure at this time but I’ll definitely let you know when details are available.