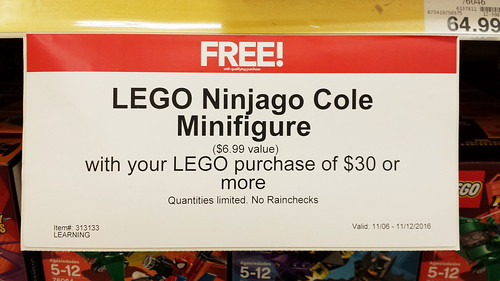 A few weeks ago, I reported the LEGO Ninjago Stone Armor Cole (5004393) was found at Toys R Us stores here in the US. It looks like the promotion for the minifigure has begun. From now until November 11, you can get it for free with LEGO purchases of $30 or more. TRU was hiding them behind the registers and if you don’t get it when you check out, ask for it. The item number for it is 313133.

I asked my store if they would sell it individually and they gave me a strict no on that. I’ve seen images of stores selling it by itself for $6.99/$7.99 each so your mileage may vary and depends on how lenient your store is. Also they said that after the promotion ends, they would not sell the leftovers like they do with the minifigure polybags and the LEGO representative will come by and take them back. If this is the case, hopefully we’ll see some sort of LEGO promo next year for it. If you remember, LEGO did that with the Easter Minifigure (5004468) aka the Chicken Suit Guy earlier this year. 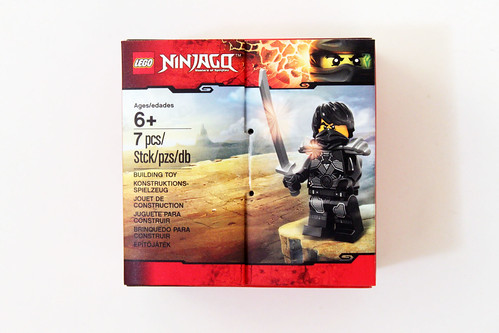