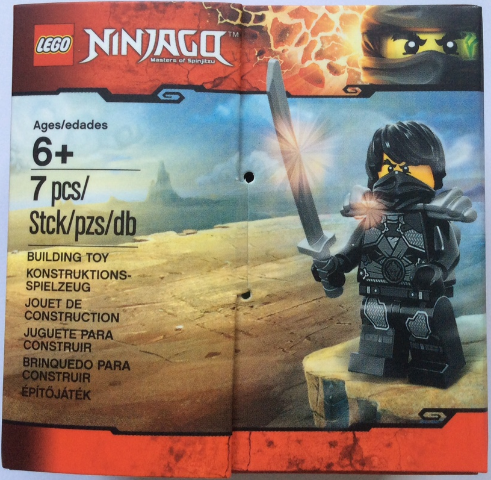 A reader has sent in some information about the LEGO Ninjago Cole (5004393) minifigure box which was revealed back in June. They have stated that they found them in stock at Toys R Us and are available for purchase for $7.99 each. I believe Toys R Us Canada has it available for free with qualifying LEGO purchases of $25 or more this week.

If you’re not familiar with this version of Cole, it is the Stone armor version of the character in the Rebooted storyline from a few years ago and hasn’t been released before. The box itself is similar to the LEGO Nexo Knights King’s Guard (5004390) which opens up in the middle to reveal the minifigure along with a background of the theme. It was given away as part of a voucher promotion from the 2016 LEGO Calendar. The December 2016 LEGO Calendar does show that will be getting a 2017 Wall Calendar but there’s no word on whether there will be any redeemable vouchers like they did in recent years.

As mentioned before, the LEGO Ninjago Stone Armor Cole (5004393) minifigure box was found at a Toys R Us store but your mileage may vary at this time. I’ll try to check the system at work tomorrow to see if I can find out the item number for it or if someone knows the number, please let us know in the comments. I’ll also try to see if there are any upcoming promos here for it as well.