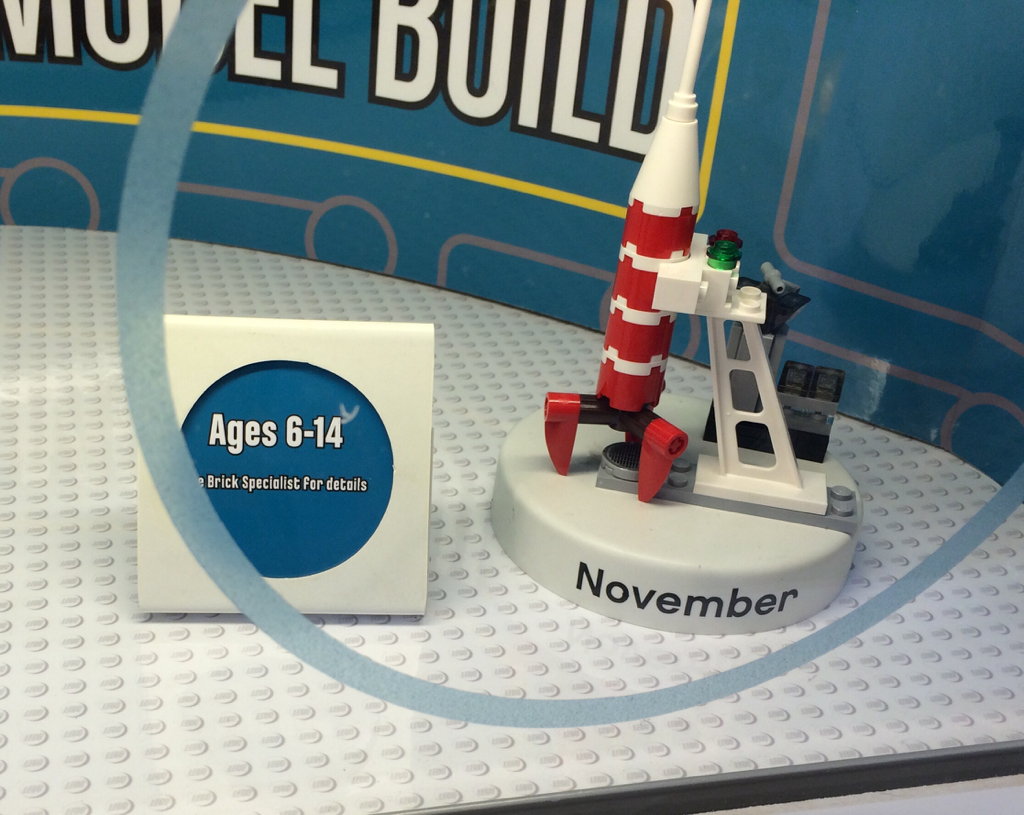 Even thought October isn’t even here yet, the LEGO Monthly Mini Build November 2014 build has been revealed. According to the October Store Calendar, we already know that next month’s build will be a Frankenstein Monster (40104). As you can see above, November’s mini build will be a rocket on a launching pad (40105). I’m very looking forward to this build and I believe it will be really popular among kids. The mini build event will be on November 4th and as usual, they will be available on a first come, first serve basis.

Update: Just a clarification, the Monthly Mini Builds are held on the first Tuesdays of every month. The next one will be held on November 4th.