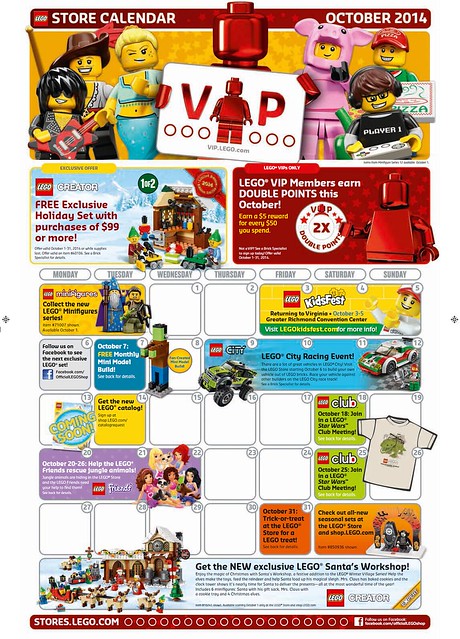 September isn’t even here yet but LEGO already has the October 2014 Store Calendar available and there are some cool promotions that you may want to know about. As we reported before, the biggest thing happening is the return of Double VIP Points. During the whole month of October, you can earn $5 for every $50 you spend.

The next promotion is the Free Exclusive Holiday Set (40106) with purchases of $99 or more. The first of two holiday set this year features two elf minifigures in a workshop. It’ll go great with the LEGO Creator Winter Village Santa’s Workshop (10245) which will be from September 17-30 for VIP members or October 1 for the general public. November will have set 2/2 and it will be a Winter Skating Scene. 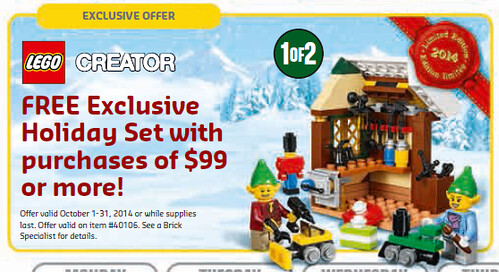 Other notable things on the October 2014 Store Calendar includes: 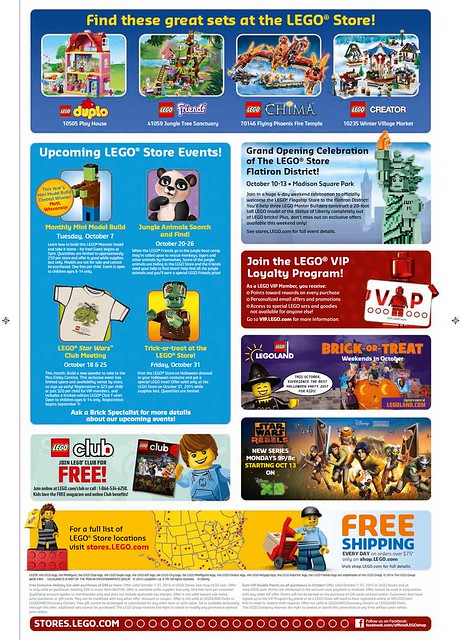