With the hype of the release of the LEGO Star Wars UCS Millennium Falcon (75192), this piece of news was overlooked. It has been announced that The LEGO Group has become the Number 1 company in regards to reputation on corporate responsibility according to RepTrak 100. This comes a couple of months after LEGO was named the second most regarded company overall.

According to the survey, The LEGO Group surpasses Microsoft and Google who was at the second and top spot, respectively, last year. Chief Financial Officer Marjorie Lao said,

We are honoured to see that our efforts to positively impact the planet resonate with people all over the world. We feel a huge sense of responsibility to inspire and develop children through play while leaving a significant positive impact on the world children will inherit. It is part of our DNA as a company, and we will continue to set the bar high for ourselves to do better. 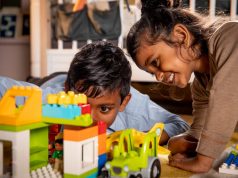