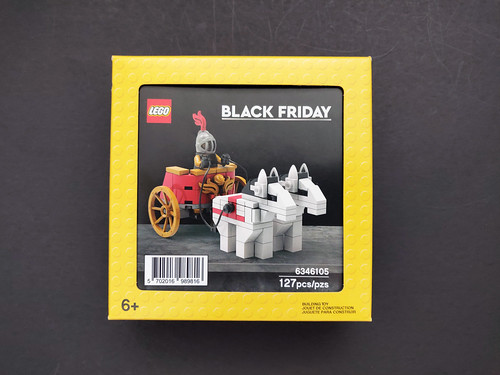 The LEGO Colosseum (10276) releases next week for the Black Friday 2020 promotions and as a gift, you can get the Roman Chariot (6346105) set. It has 127 pieces and is exclusive to the Black Friday/Cyber Monday 2020 promotions which runs from November 27-30. The set comes in the yellow boxes which shows the set in the front which is actually the instruction booklet. There are also two un-numbered bags in the box. 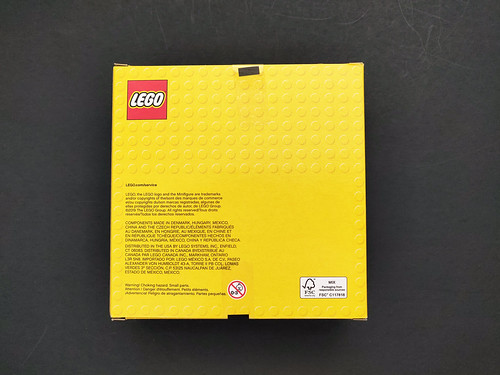 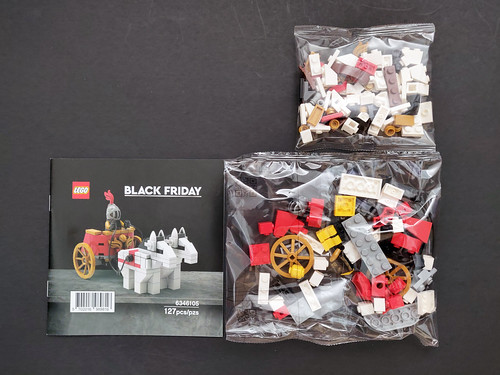 The minifigure is a Roman soldier with a fairly new torso. It is mostly black with a pauldron that goes over one shoulder. One of the arms also has some armor on it distinguished by the different arm color. The metallic gold on it makes parts of armor pop. The torso is actually used for Cole in the new LEGO Ninjago sets. The head shows him with a grumpy expression and the helmet completes his look however I’m not sure why he has a knight helmet. 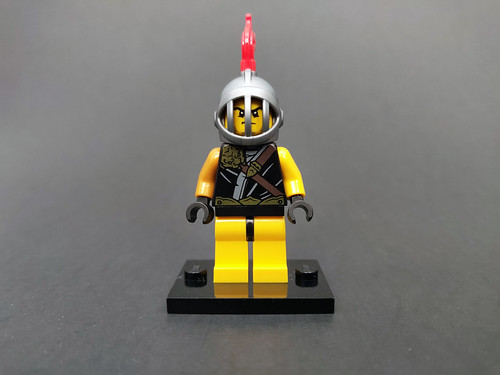 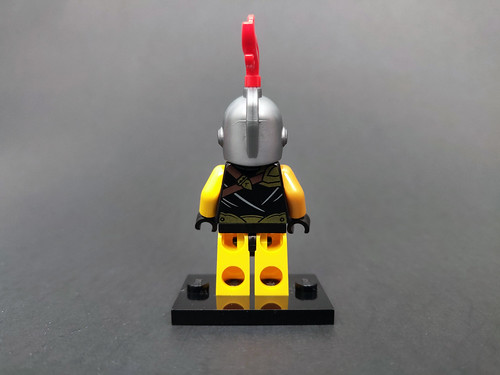 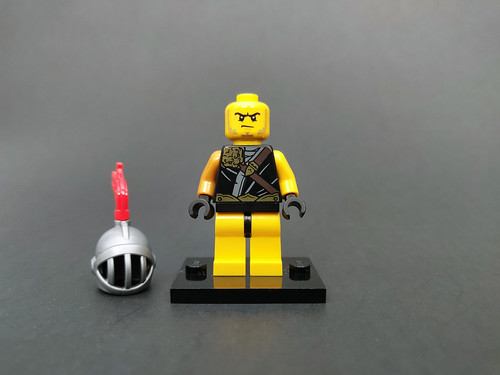 The first part of the build is the for the carriage. There’s nothing too special about it but I do like the color combination of the red and pearl-gold especially the design on the front. 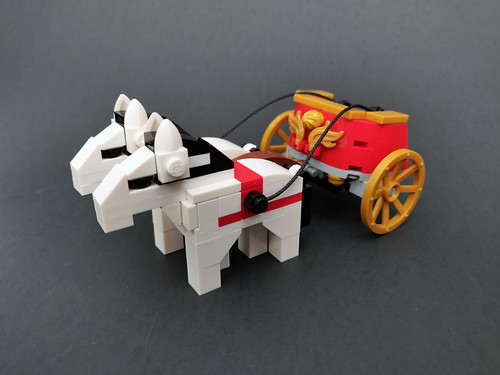 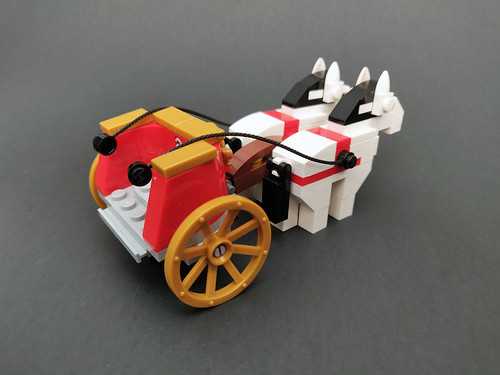 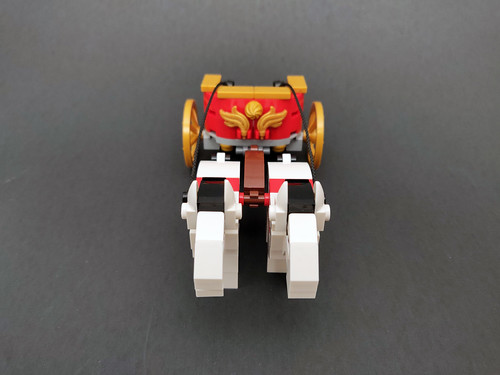 Pulling the carriage are two white brick-built horses. I will say that they are the worst part of the set because people were wanting the actual horses instead of built ones. I actually dug out a couple horses from my collection to compare them and surprisingly, they are the same sizes. Doing a quick exchange, the real horse molds look ten times better on the carriage. 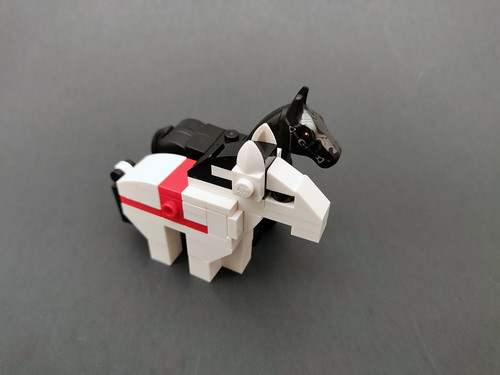 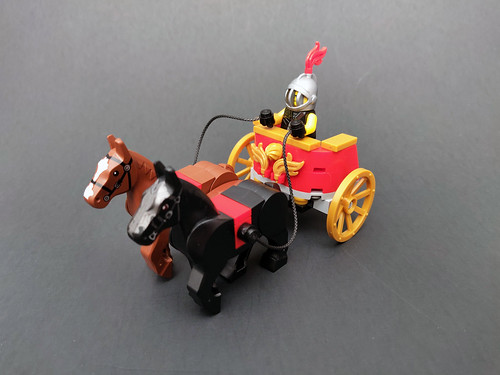 Overall, the LEGO Roman Chariot (6346105) is a somewhat disappointing gift with purchase set considering you have to spend $550 to get it but it’s better than nothing. The upside to it is that you’ll also get double VIP points as well as the other two promo items with your purchase, if they’re in stock. The major gripe that most fans have about it are the two brick-built horses. I can kind of understand why LEGO had to do it because it’s not cost efficient to include two horse molds in every set and in turn, they’ll probably have to limit the amount of sets available as gifts. 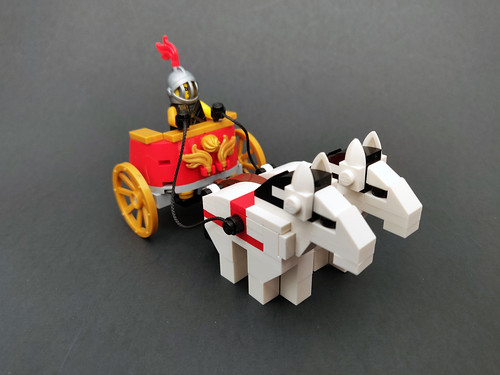 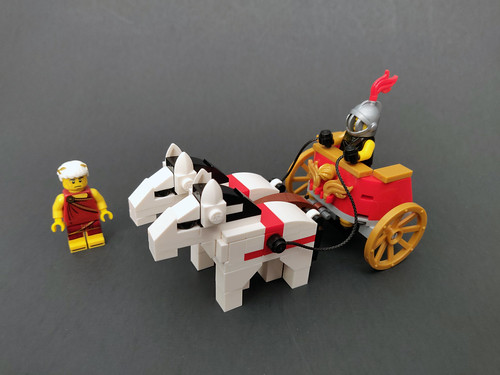 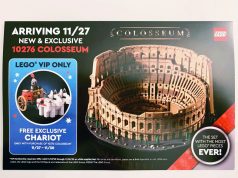