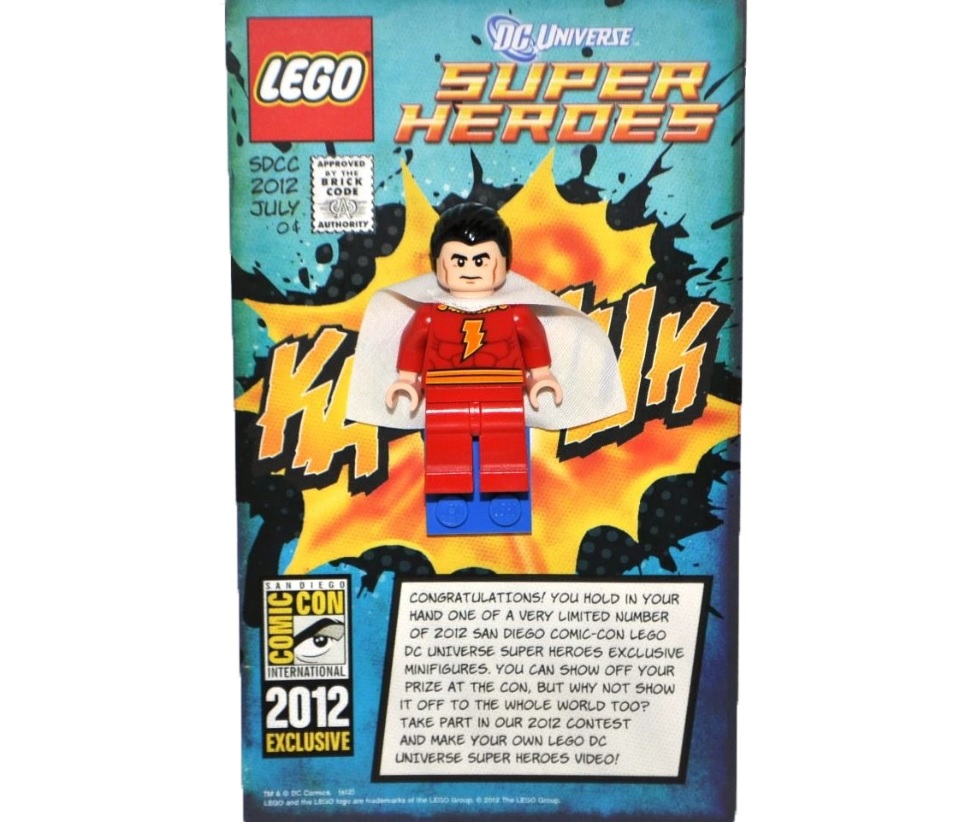 After many months, it looks like there will be some new rewards available soon on the LEGO VIP Reward Center. On the LEGO Ambassador Network, it has been stated there will be new sweepstakes every month and starting in February, they will be giving away the exclusive 2012 San Diego Comic Con Shazam minifigure. VIPs can enter by redeeming 50 VIP points, up to a max of 15 entries, and the winner will be drawn randomly. Future minifigure sweepstakes will include a signed LEGO Star Wars minifigure and an exclusive Marvel character.

They have also teased on some other rewards that will be coming soon including designer signed Imperial Star Destroyer (75252) sets and signed Star Wars Visual Dictionary copies.

Reward Centre-specific items, we are looking to kick off our first Exclusive minifigure sweepstake in February with a 2012 San Diego Comic-Con “Shazam!” minifigure where people from the following countries are allowed to participate***. VIP Members can enter the competition by redeeming 50 VIP points (up to a maximum of 15 entries) with the winner being drawn at random (postcard entries applicable where local law dictates).

The Rewards team intend to operate these sweepstakes every month starting 10th February and running until 2nd March for Shazam! Upcoming minifigure sweepstakes will include a signed Star Wars minifigure and an exclusive version of a Marvel character.

With regards to other items upcoming on the Reward Centre (dates to be confirmed) are designer-signed Imperial Star Destroyer sets and designer-signed Star Wars Visual Dictionary copies.