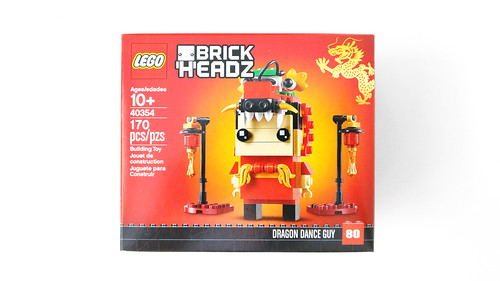 While we won’t be getting the Asia region exclusive LEGO sets here in the US, we will be getting at least one set to celebrate the 2019 Lunar New Year with the LEGO Seasonal BrickHeadz Dragon Dance Guy (40354). It has 170 pieces and retails for only $9.99. The contents of the box include three unnumbered bags and the instructions. 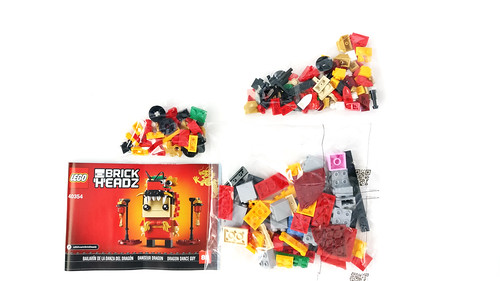 The back of the box shows the rest of the lineup for the 2019 LEGO Seasonal BrickHeadz sets which include: 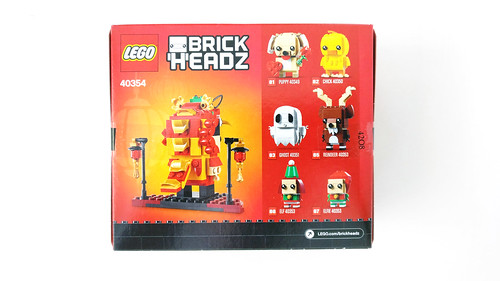 If you’ve built BrickHeadz before, it build is pretty straight-forward as you start with the torso. To get the details on the sides and back of Dragon Dance Guy, LEGO uses some 1X2X1 2/3 W/4 Knobs bricks which is pretty standard for BrickHeadz sets. 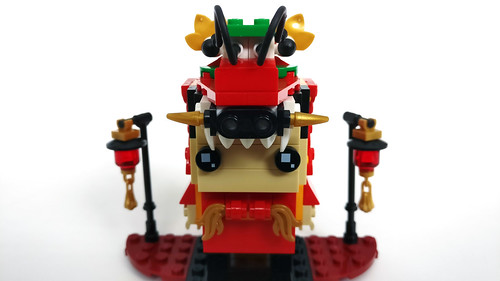 The most detail is at the head where it features a traditional dragon that is seen during Lunar New Year. The color scheme is mostly red with some green near the eyes and pearl-gold for the horns and the leaf piece behind the eyes. Speaking of the eyes, it makes use of some black microphones. The two tendrils between the eyes are made from some black whips. To complete the head, there are some teeth at the front of the jaw. 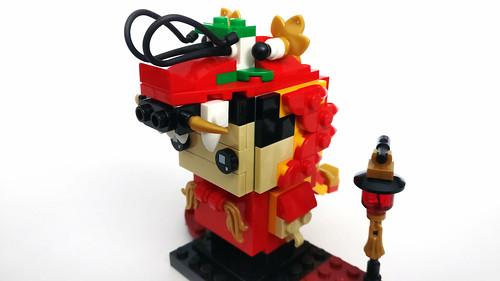 The front of the torso has a couple of tassels while the back has a lot of details on the spine. I do like the use of the Plate W. Bows 2X1½ pieces for the protrusions and it continues to the tail which is on a hinge. 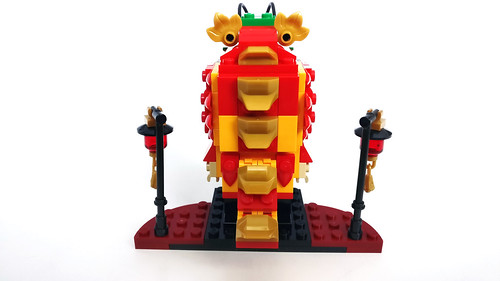 LEGO also includes a small stand for the Dragon Dance Guy. The sides of it has a couple of red lanterns to help celebrate the upcoming Lantern Festival as well. 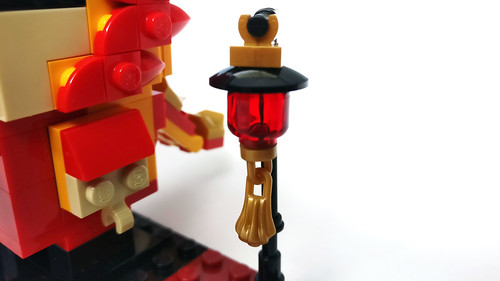 Overall the LEGO Seasonal BrickHeadz Dragon Dance Guy (40354) is probably my favorite character out of all the ones that are coming out this year. Not only does it cater to those who celebrate the Lunar New Year, it’s something that is way different from what we’ve seen before in other BrickHeadz with a person wearing a costume. 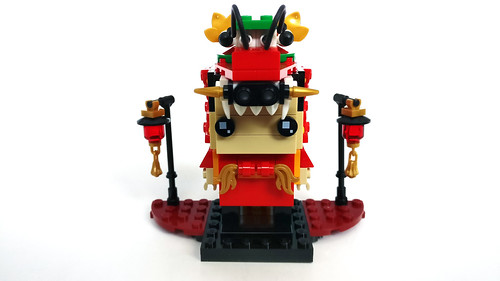 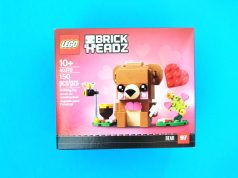