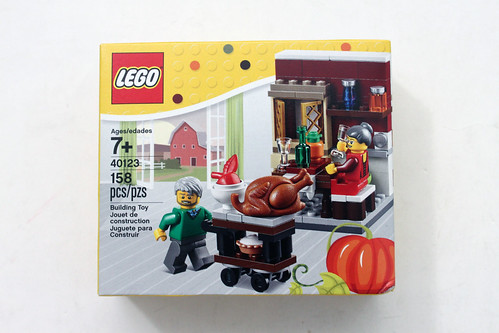 After a fairly disappointing Trick or Treat (40122) set, the LEGO Seasonal sets have returned with the Thanksgiving Feast (40123). The set consists of 158 pieces and retails for $9.99 and have started to show up at LEGO Brand Stores. It will be available on [email protected] on October 1st. 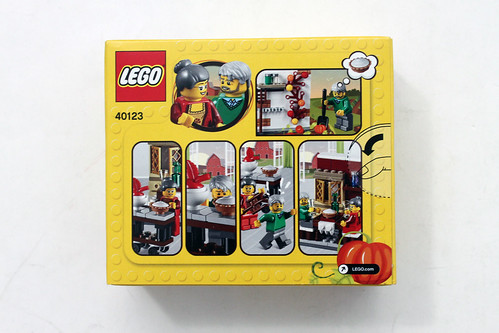 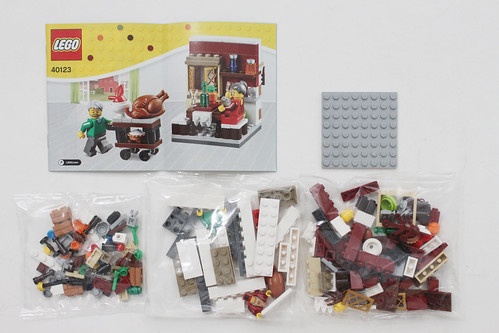 There are two minifigures in this set, an older male and female, which is sort of resemble grandparents.

The male wears a green sweater with gray pants. He has a simple bearded face with gray hair, most recently used as Han Solo’s hair in the LEGO Star Wars: The Force Awakens Millennium Falcon (75105). 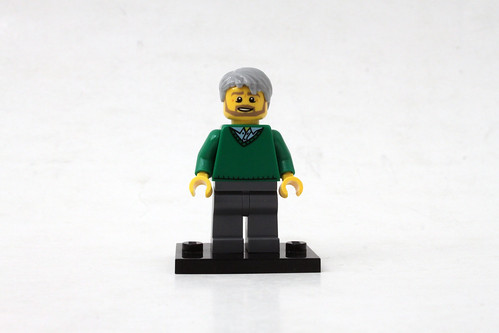 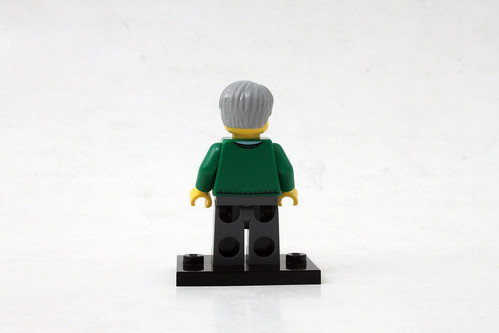 The female has a very nicely printed torso with red legs. She wears glasses and has a pretty rare dark gray bun hairpiece which was only used for Ma Cop in The LEGO Movie Lord Business’ Evil Lair (70809). 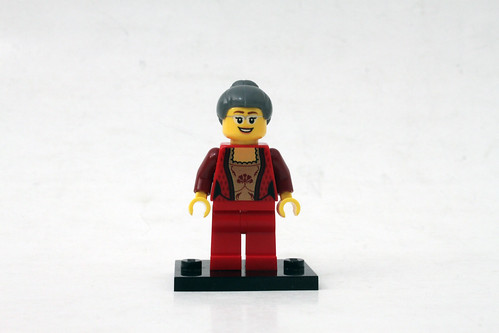 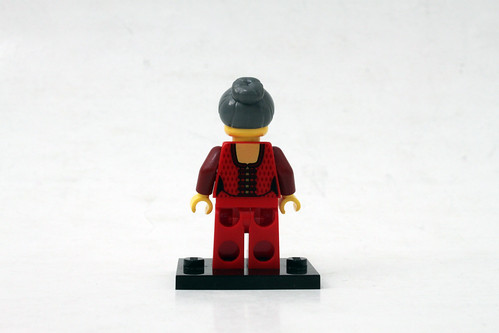 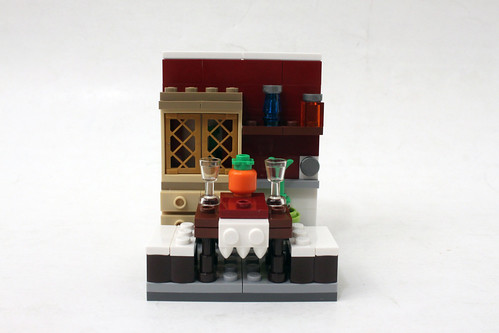 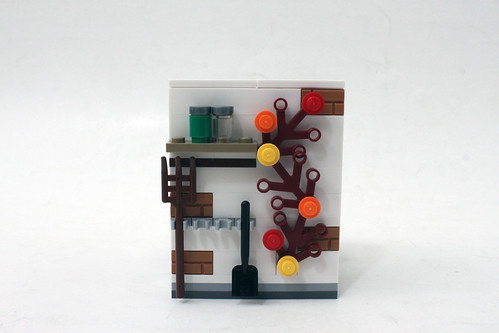 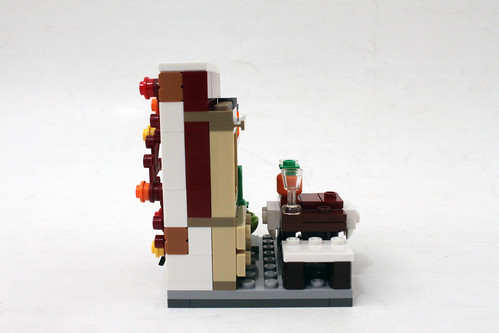 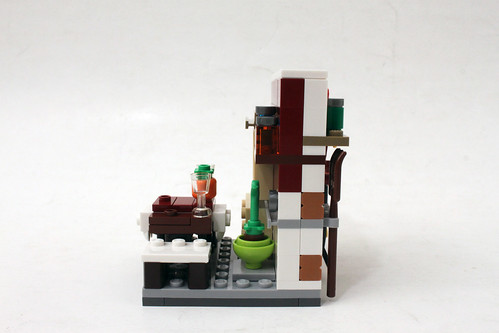 On the back wall, you have a cabinet using a window with some pearl gold lattice pieces. There’s also some drawers below that using some 1×1 jumper plates. 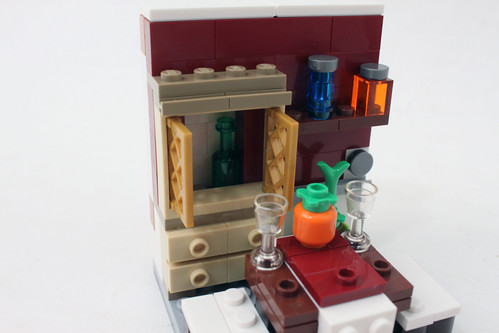 On the other side of the kitchen is a shelf with some jars. There’s also some sort of potted plant on the floor. 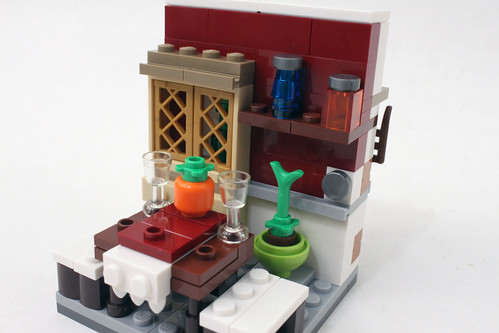 On the outside, there’s another shelf with some more jars. Below that are some clips holding a pitchfork and a shovel. On the other half of the wall are some red plants going up the wall. 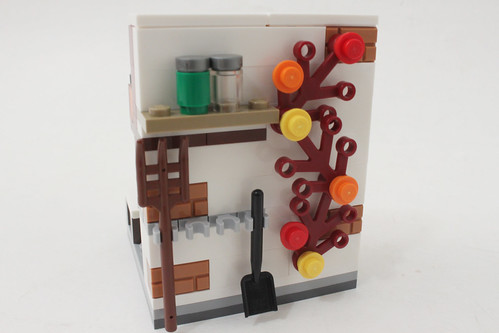 Finally, there’s a little rolling two-tier food cart with the turkey and apple on top and a pie on the bottom. 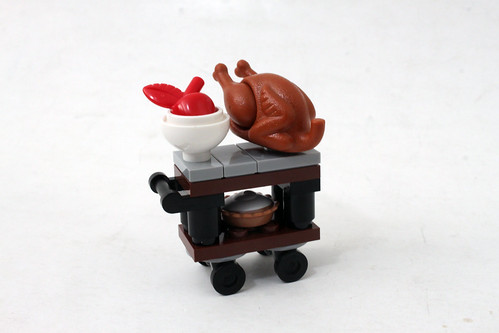 Overall, the Thanksgiving Feast (40123) is a step up again from the disappointment with the Halloween Trick or Treat set. Although there aren’t that many parts used to create the set, the results of it is fantastic. The kitchen vignette itself is great but the addition of the food cart makes it even better. Again, the set has started to show up at LEGO Stores and will soon be available on [email protected] in a few weeks. 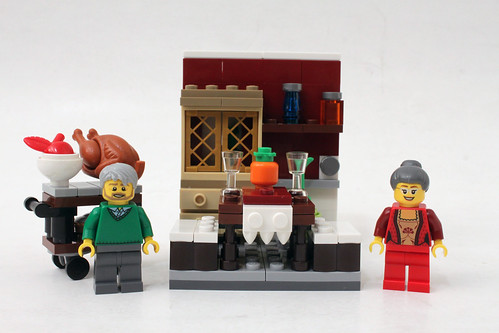 Also as I reported earlier, the back of the instructions shows the two upcoming LEGO Seasonal Christmas 2015 sets with the Winter Fun (40124) and Santa’s Visit (40125). 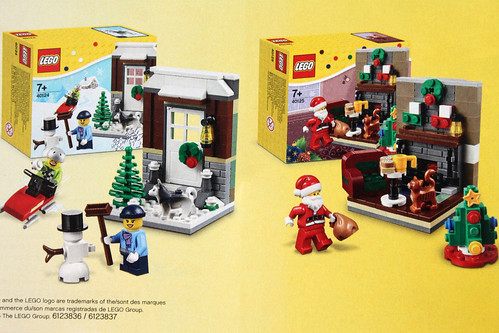