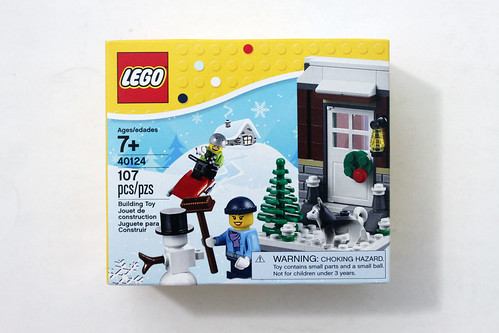 The last two LEGO Season sets have shown up in stores and the first of the two I’ll be reviewing is the Winter Fun (40124) set. It contains 107 pieces and retails for $9.99. The contents of the box include three un-numbered bags, two loose white 4×8 plates, and the instruction booklet. 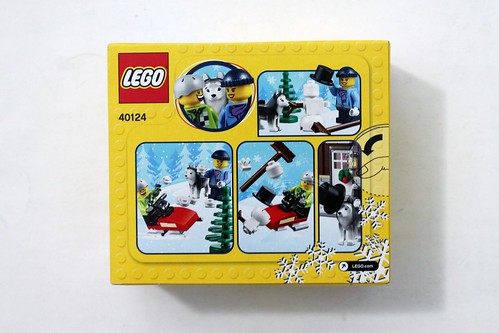 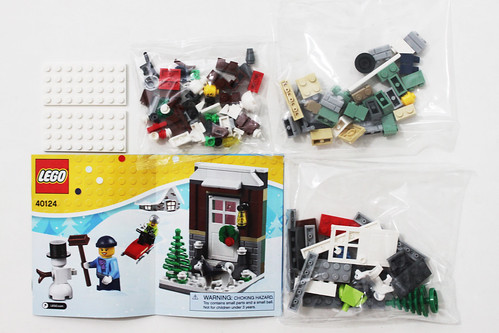 There are two minifigures in this set, a yound boy and girl. The boy wears a bright green racing jacket that was only in one other set. He has short black legs and wears a gray helmet. He does have a double-sided head with a happy expression on one side and a sad one on the other. 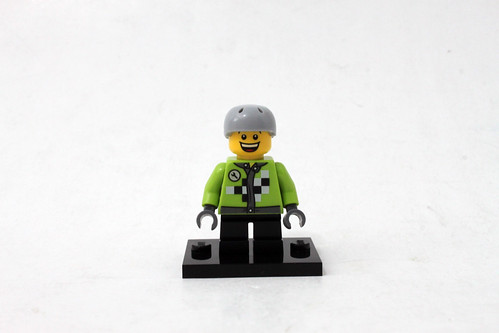 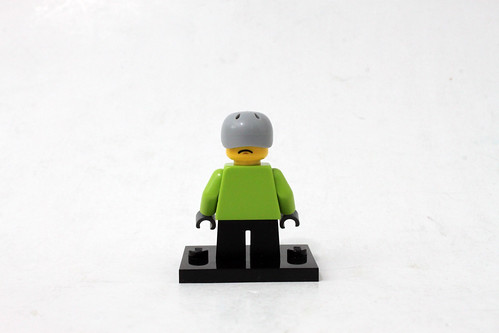 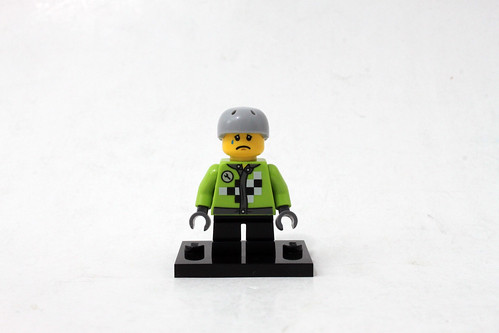 . She also has short legs and wears a blue cap. Her accessory is a snowball represented by a 1×1 stud. 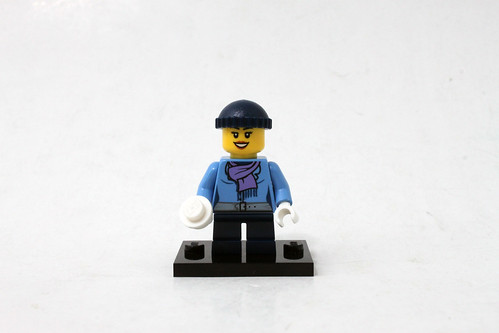 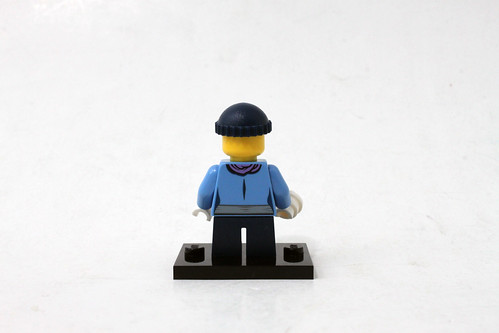 Although not considered a minifigure, you also get a husky in the set which is a nice addition. 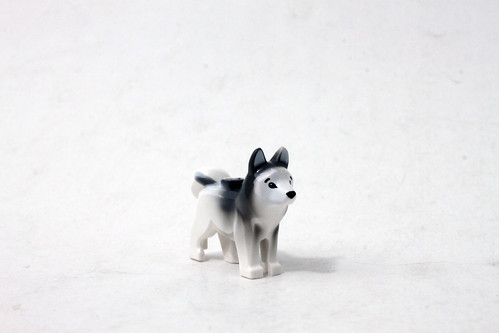 The first part of the build is the snowman. It’s nothing too spectacular but it does resemble the typical snowman with the top hat and broom. 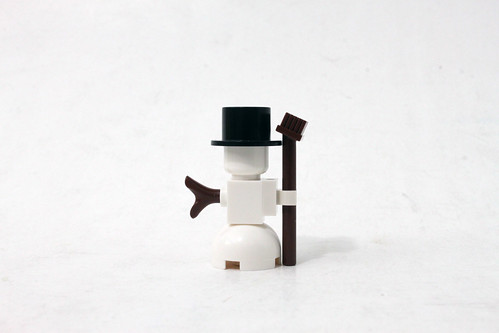 The scene once again shifts to the outside of the house at the front door area. Again, it’s a pretty basic build with some nice details like the wreath on the door and the snow covered plants. There’s really not too much else to say about it. 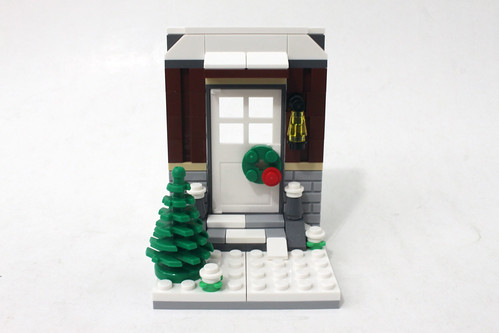 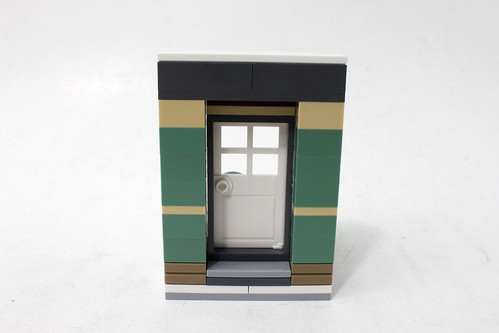 You do get a nice selection of bricks with the sand green 1×2 bricks and the reddish brown grooved 1×2 bricks. There are also some masonry bricks in dark tan and light bluish gray. 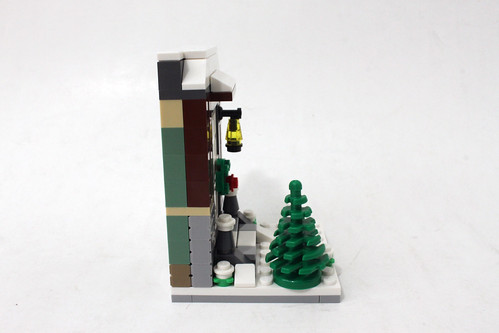 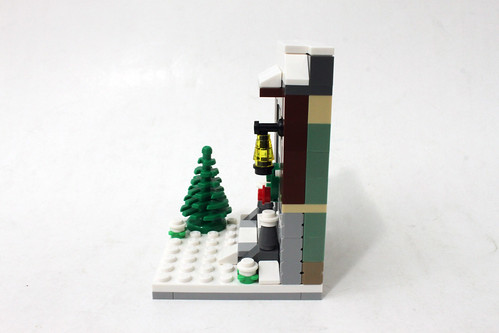 The last part of the build is the little red sled. 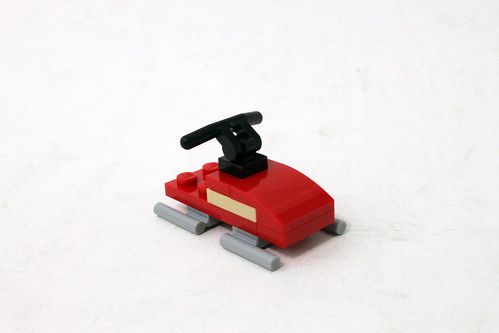 The LEGO Seasonal Winter Fun (40124) is a cute set but nothing too special. I’ve noticed that the sets with the outdoor scenes this year are somewhat boring, at least to me. However if you’ve been collecting these sets throughout the year, it’s worth it to pick up this one plus it makes a good stocking stuffer.

For the other LEGO Seasonal Christmas set, I’ll have the review for Santa’s Visit (40125) up shortly. 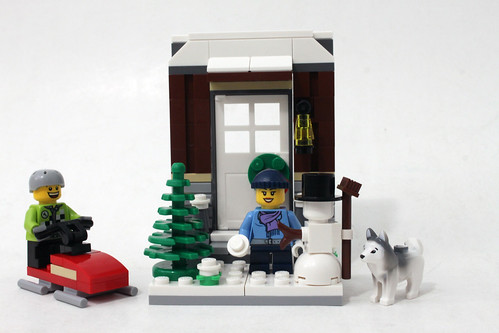