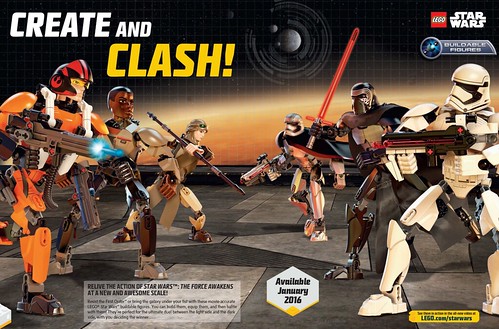 It was only a few days ago when we got the names of the 2016 LEGO Star Wars: The Force Awakens Constraction Battle Figures and now we have a initial look at the characters for the next wave which comes from the November/December 2015 LEGO Club Magazine. The magazine itself is now arriving in mailboxes and they are also available digitally.

The characters that are in the 2016 wave include Poe Dameron, Finn, Rey, Captain Phasma, Kylo Ren, and the First Order Stormtrooper. These will be officially available in January 2016 but we can probably expect to see them in late January.