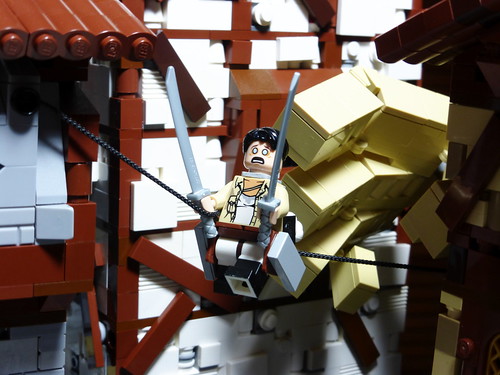 I don’t do much MOCs on the site but there are some that really catch my eye. One such MOC is Stormbringer’s Attack on Titan diorama. Attack on Titan aka Shingeki no Kyojin is one of my all-time favorite anime shows and seeing Stormbringer’s model makes me want the show to return quicker for the second season.

The display shows a variety of Titans already inside the Walls and attacking the district including a large Titan hand on the right side. The walls of the buildings and the ground are very nicely textured and gives you the feel of the district. You also see a couple members of the Survey Corps as well as a couple of unfortunate souls. Great job Stormbring! Now I’m off to rewatch the episodes. 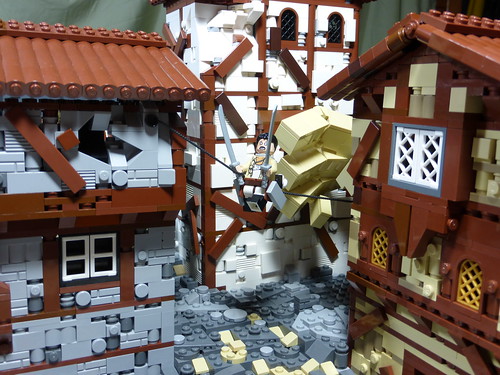 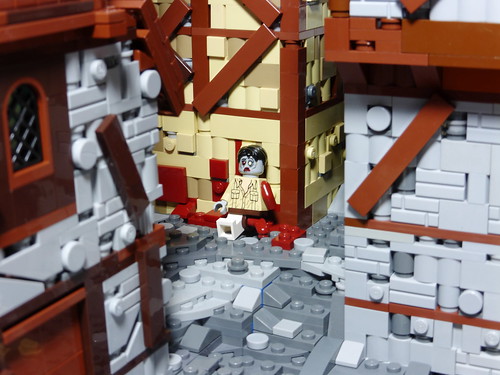 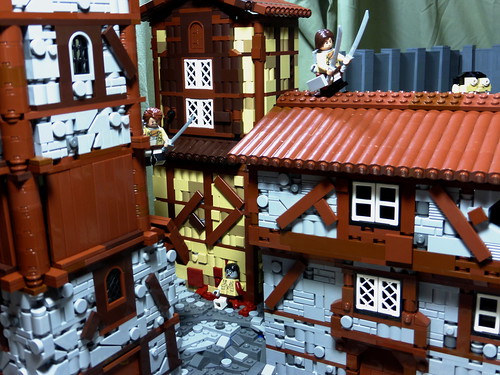 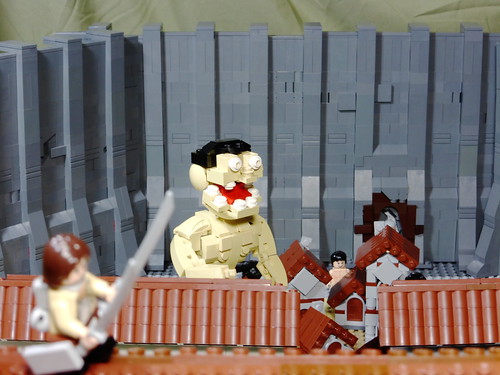 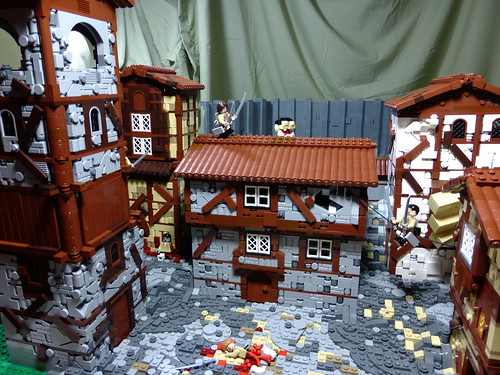