In our final review of the smaller LEGO Speed Champions sets, we have the Ferrari 458 Italia GT2 (75908)

. This particular set contains 153 pieces and retails for $14.99. To give a little background on this set, the 458 Italia GT2 is based on the Giancarlo Fisichella, Gianmaria Bruni, and Toni Vilander’s car for the AF Corse Italian racing team. 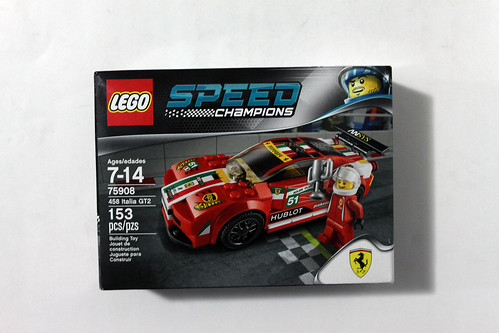 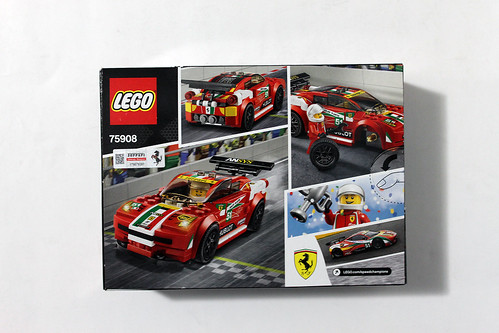 The front of the box shows a shot of a stationary 458 Italia GT2 while the other sets has action shots for the vehicles. On the back of the box, you get more shots of the car from different angles as well as a real-life image of the 51 car but minus the real car facts. You also get a sticker that designates that this set is an official Ferrari product.

The contents of the box includes three unnumbered bags, two instruction booklets, and a sticker sheet. 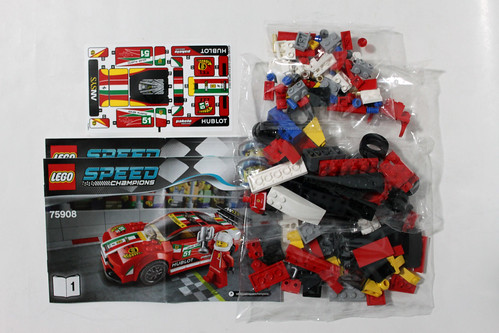 The minifigure that comes with the 458 Italia GT2 is the driver who wears a red uniform with the Ferrari logo and AF Corse printed on the front and back of the torso. He also wears a white helmet with his accessory being a wrench and a trophy. 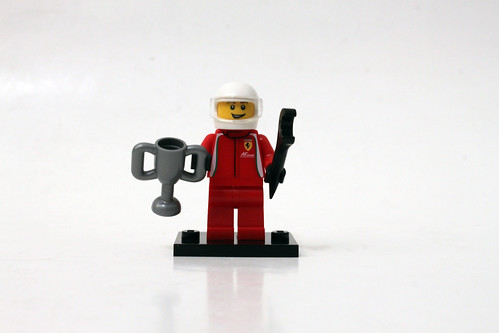 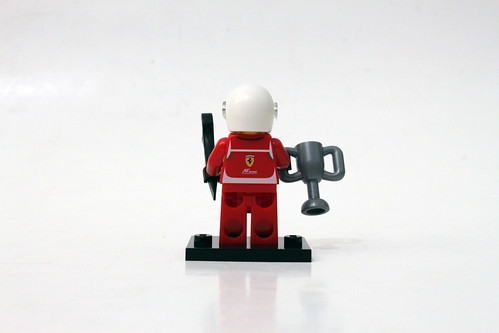 Like with the other three small cars that I’ve already reviewed, the building of the 458 Italia GT2 is pretty simple and straight-forward. When it is finally built, you can see the the similarities of the set to the real car. I really do like the curves on the front and back of the car. 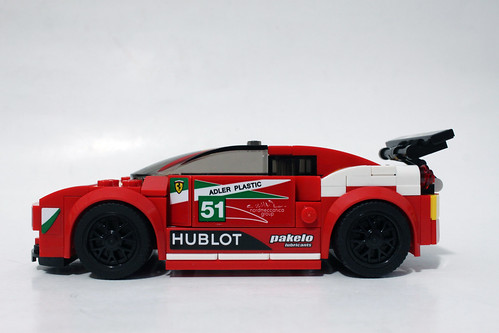 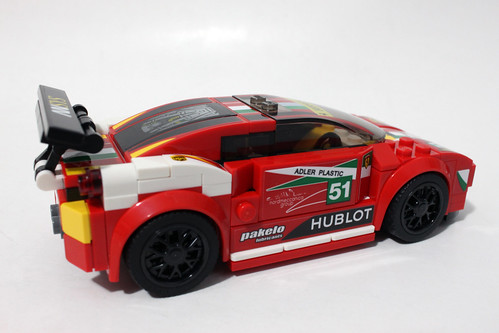 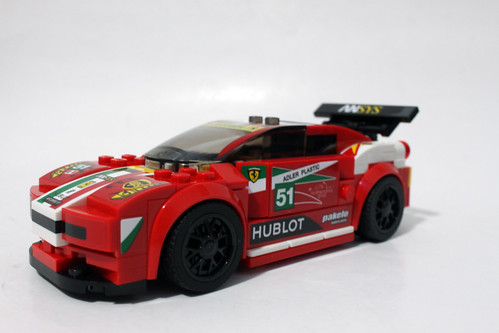 One thing you will notice when you first look at the 458 Italia GT2 is the amount of stickers that are on it. There are a total of 22 for this set which is the most of all the sets I’ve reviewed so far. Since the car is part of a racing team, it’s typical that you see lots of sponsors’ logos spattered all over the cars. This set is no exception with logos of UPS, ANSYS, and Hublot just to name a few. Once the car is fully stickered up, it looks absolutely amazing. Here’s a look at the Italia GT2 as a stock car. 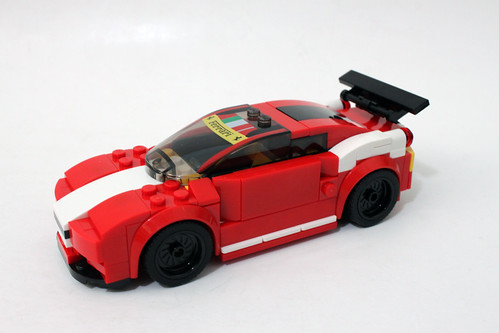 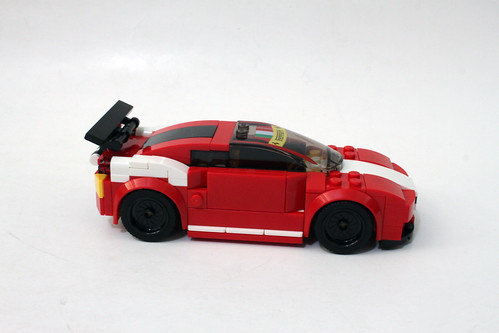 Now on to the things that I didn’t I didn’t really like about the 458 Italia GT2. For one, it suffers from what the othe sets have, it is too narrow. That’s because there’s only the driver seat but not the passenger seat which makes the car look slim.

The 458 Italia GT2 includes two sets of wheel alloys, a 7 double spoke set and a set that looks similar to the ones in the Porsche 918 Spyder set but in a darker shade. 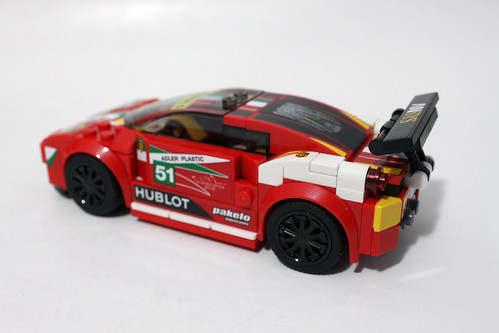 Finally, one thing to note is that there is no separate build for the set like with the other small cars. 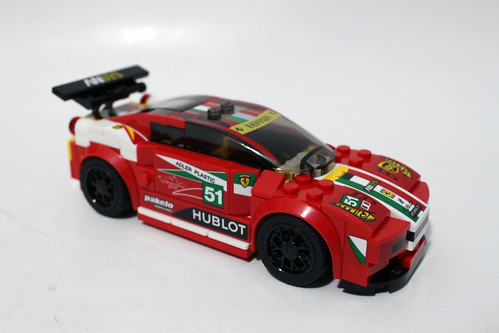 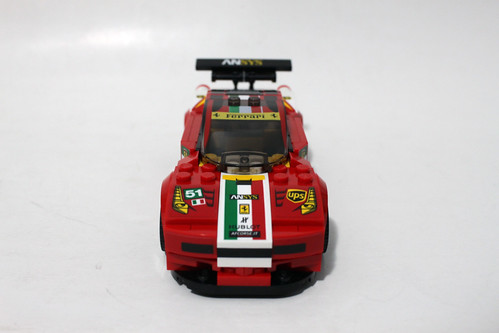 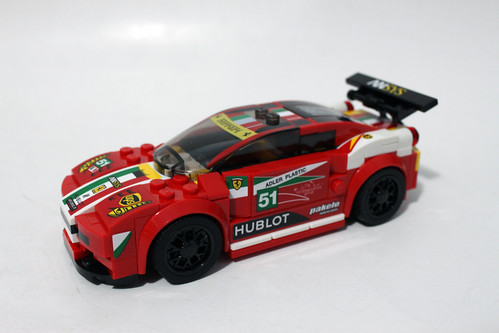 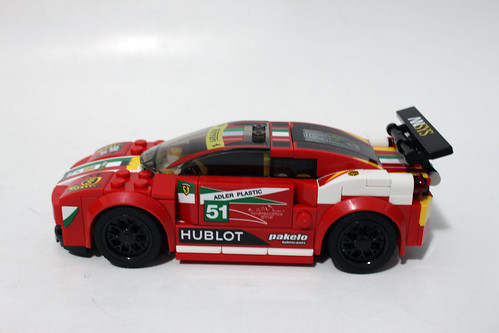 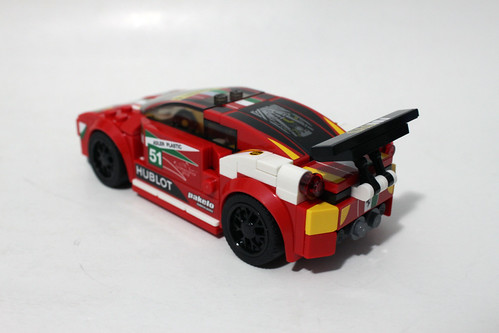 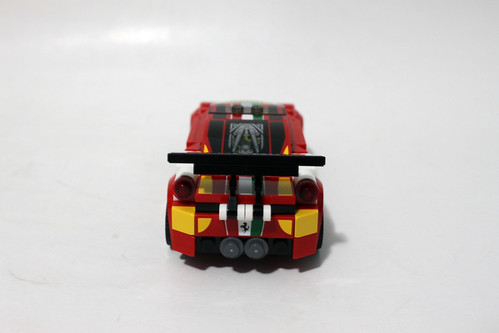 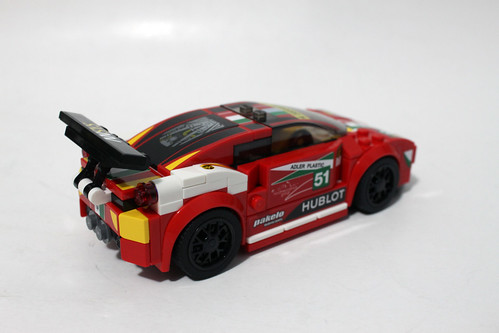 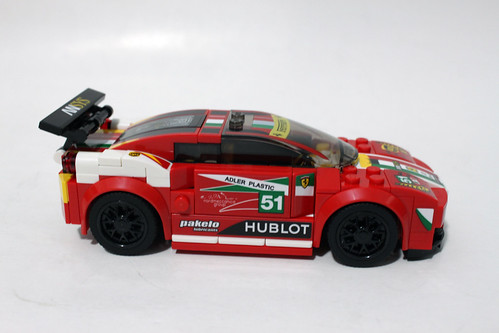 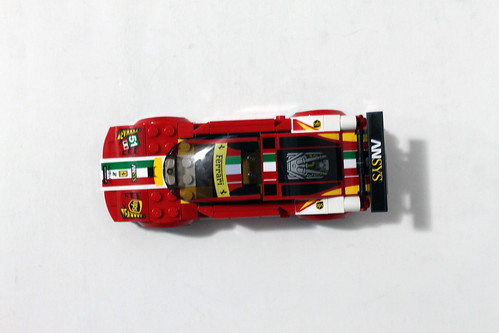 , it has now become my favorite of the smaller LEGO Speed Champions set surpassing the McLaren P1 (75909) from before. The set is very recognizable to its real-life counterpart. The stickers really bring out the set as a whole and is pretty much needed for this vehicle. Fans of sports car racing will most likely pick this set up as it makes a great display piece. 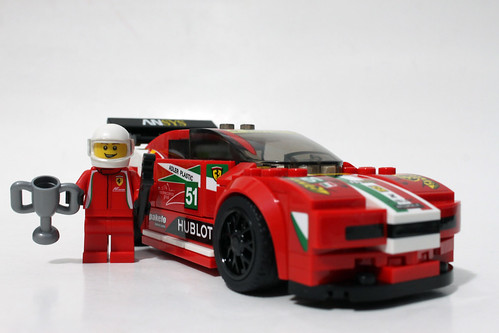