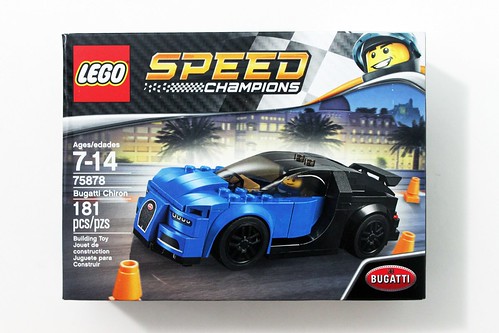 . The set retails for $14.99 and has 181 pieces. The contents of teh box include four un-numbered bags, one of which is a bag of rims, the chassis, instructions, and sticker sheet. 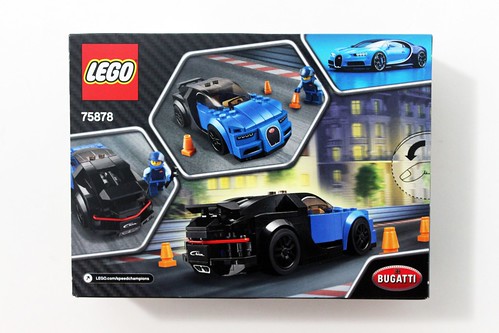 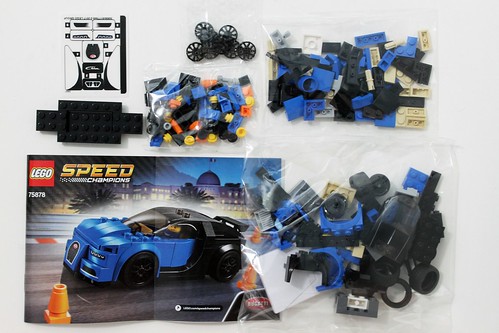 As with other Speed Champions sets, there is a racing driver minifigure that is included. He wears a dark blue racing suit with the Bugatti logo on both the front and back of the torso. His accessory is a wrench which will be useful when changing out the rims. 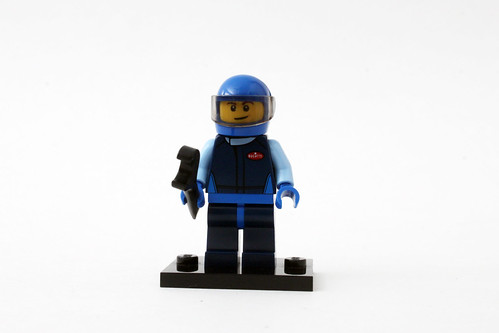 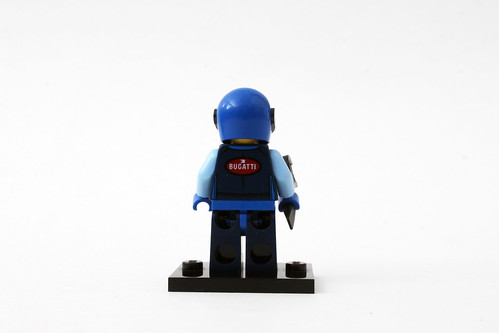 The build of the Bugatti Chiron is very straightforward. You first build up the rear of the car where it uses a rubber band wrapped around some pins to represent the rear lights. This is a very technique that LEGO has used here. 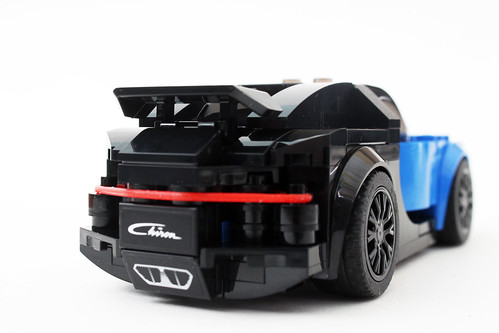 The next part of the build are the side panels behind the doors actually look very nice by using the 1x3x2 slope on the outside while using 2x2x2 sloped pieces for the doors. 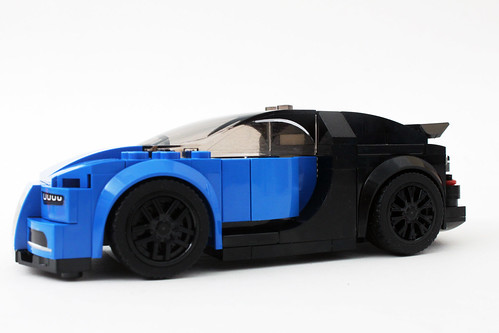 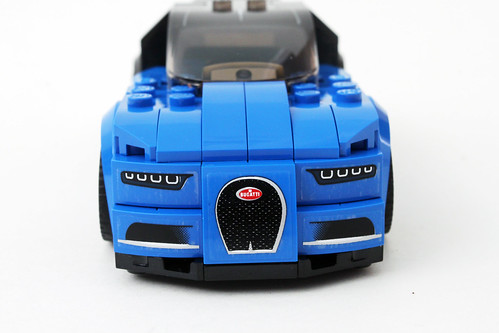 The windshield has some printing on the top and you have to add some stickers on the sides of it. 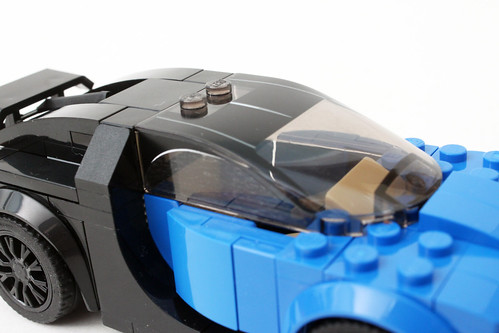 Behind the drivers seat, there is a small area for the quad-turbo engine. Between the engine is a new dorsal fin piece that is used for the Chiron’s central fin. 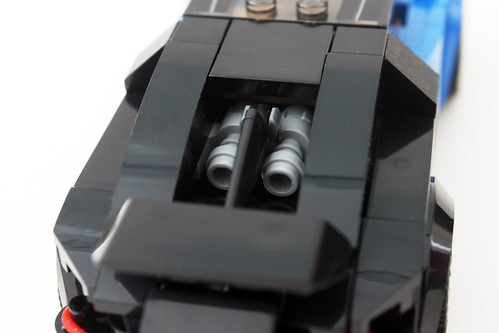 Like with other Speed Champions sets, you also get a set of spare rims that you can change out. There are also some cones as well. 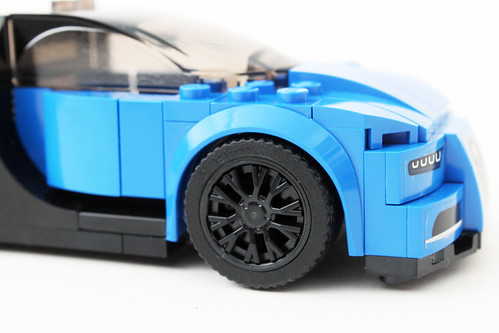 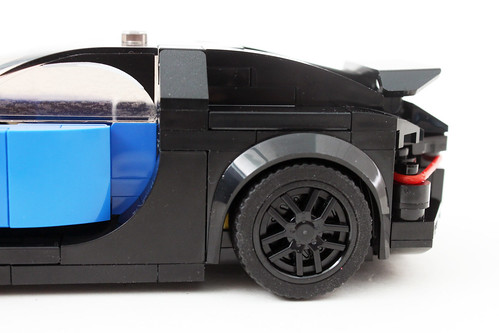 is a very good representation of the real supercar. It doesn’t have the sleek low profile its counterpart has but it doesn’t mean that it isn’t look nice. It was an enjoyable build and it gave a very satisfying feeling since, for most of us, this is probably the closest we’ll get to owning a Bugatti. 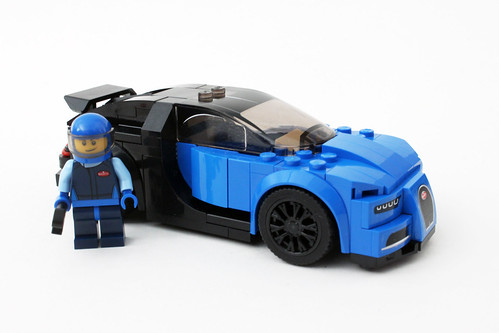 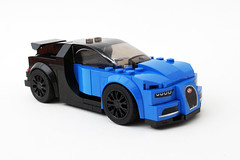 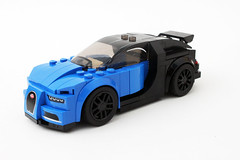 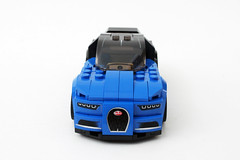 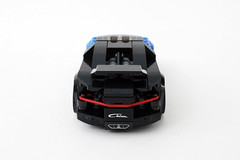 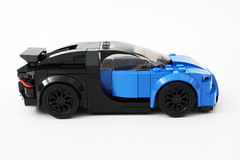 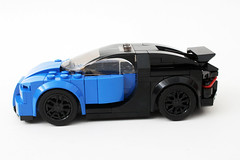 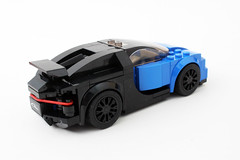 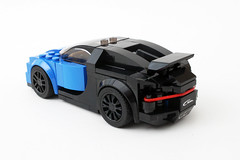