For our first review of the brand new LEGO Speed Champions sets, we have one of the medium sized sets with the McLaren Mercedes Pit Stop (75911). This set contains 332 pieces and retails for $29.99 which comes in at $0.09/piece. This is actually a great price per piece ratio considering that it is a licensed set. 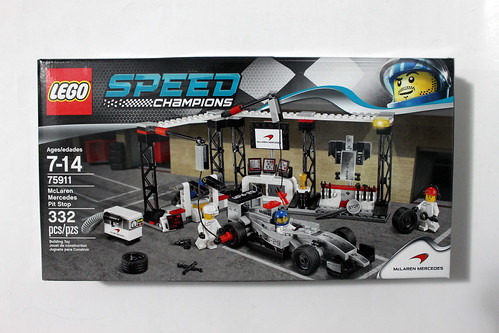 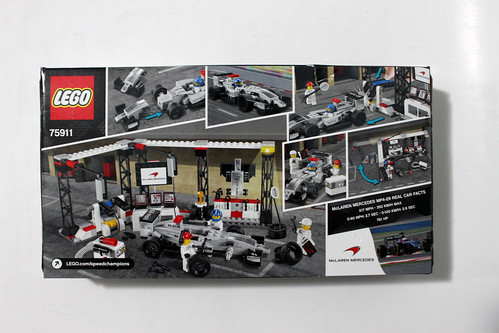 The box has a pretty cool checkered flag banner on the top. On the bottom right corner, it shows the logo for the particular brand of car the set is for which in this case is the McLaren Mercedes logo. On the back of the box, it shows some of the play features as well as facts of the car. The vehicle in this set is the McLaren Mercedes MP4-29 which is a more recent car that was unveiled last year. The 761 HP Forumla One car has a max speed of 217 MPH/350 KM/H with a 0-60 MPH in 2.7 seconds or a 0-100 KM/H in 2.8 seconds. 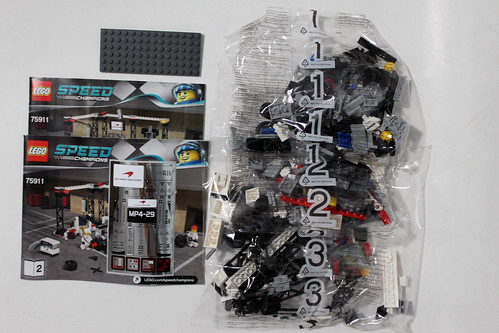 There are three minifigures in this set, the driver and two members of the pit crew. The driver wears a blue racing helmet and a white uniform with different sponsors including a Mercedes logo, Mobil 1, BOSS, and Santander. The back of the torso has Mercedes-Benz sponsor logo. Both of the crew members also wear white uniforms but only has the Mercedes and Mobil 1 logos. The back of their torsos has a larger Mobil 1 logo. The male crew member also wears a red cap with some headphones and carries a stickered stop sign while the female wears a white cap and holding a sign that shows the lap times that is also stickered. 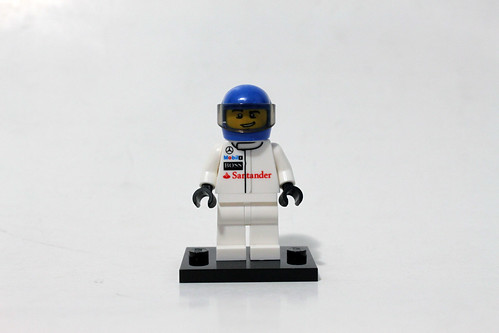 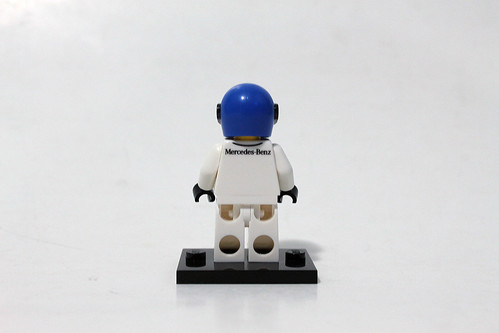 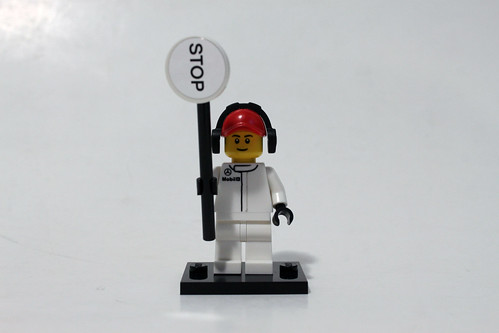 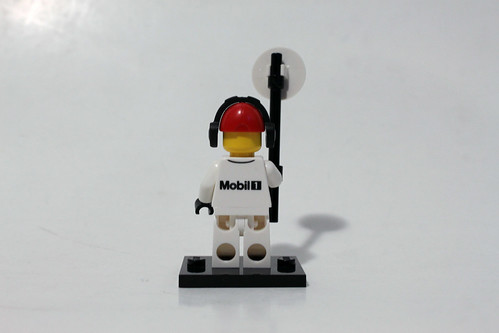 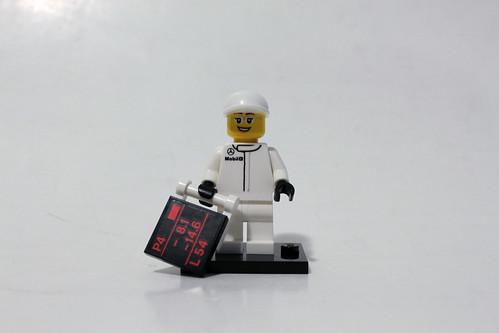 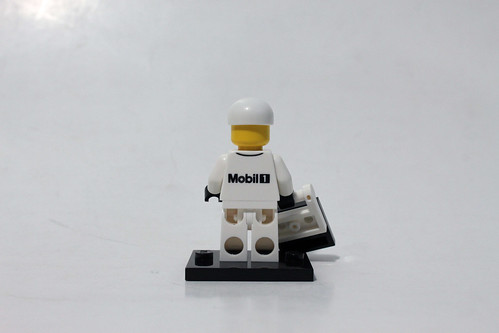 There are two parts to the McLaren Mercedes Pit Stop (75911), the actual Formula One car and the pit stop itself. The car itself is pretty much straightforward. It builds upon the 4×10 chassis and most of the color scheme of the McLaren Mercedes MP4-29 is grey. One thing you’ll automatically notice when you look at the finished build is the amount of stickers that are on it. There are 14 of them to be exact which is a lot even for a fairly larger set but I feel that they are justified because you usually see a lot of sponsors on the cars and it would look bland if there wasn’t any stickers on it. The front wing can be taken off and be switched out with the spare wing. 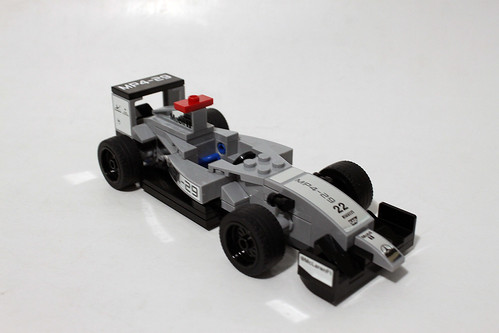 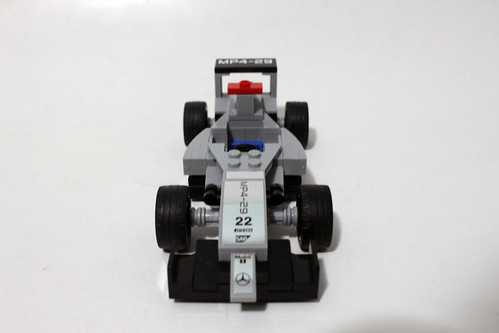 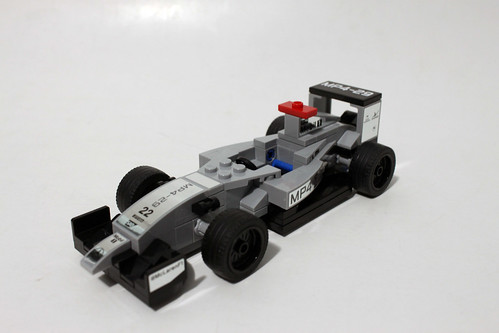 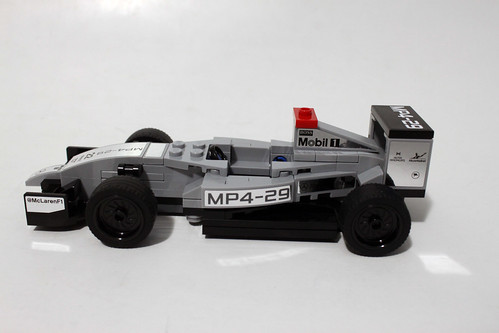 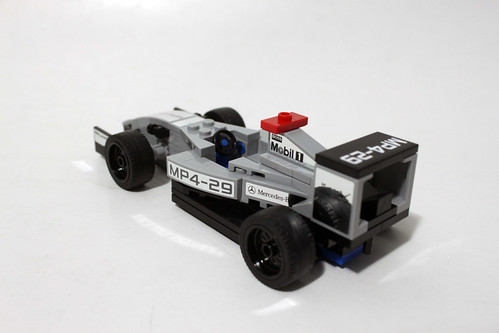 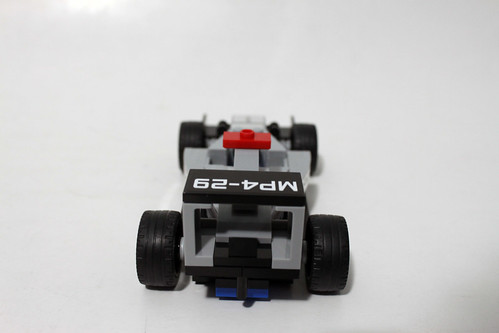 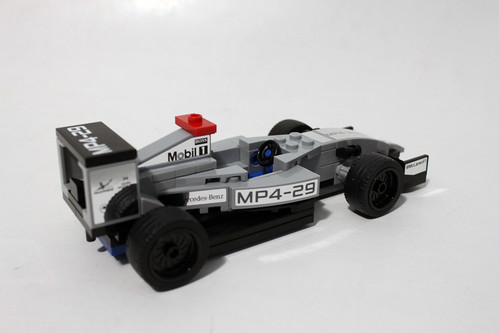 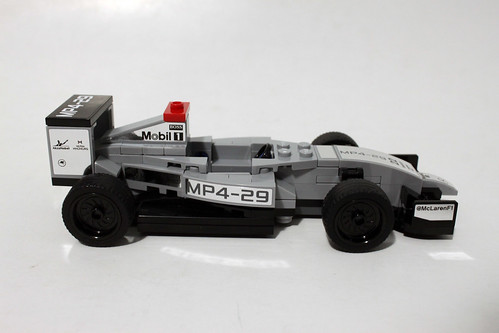 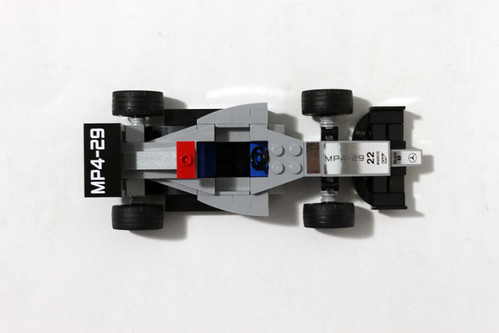 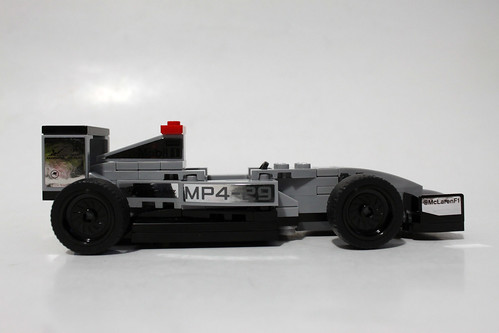 The other part of the set is the pit stop. It is essentially two different sections attached by hinges. The main section has a couple of white cabinets that holds some tools with computer screens on top showing the status of the MP4-29. In the middle of that section is a table with a pearl gold cup to represent the trophy. Finally to the right of that is a place for the rest of the tools. There’s also a spot to hold the spare front wing. 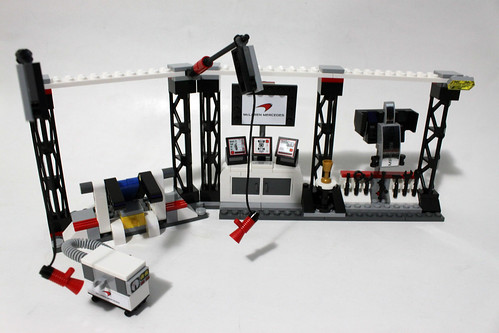 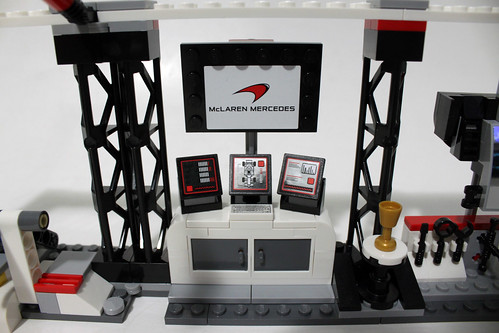 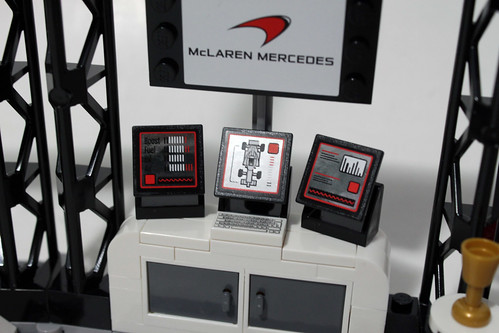 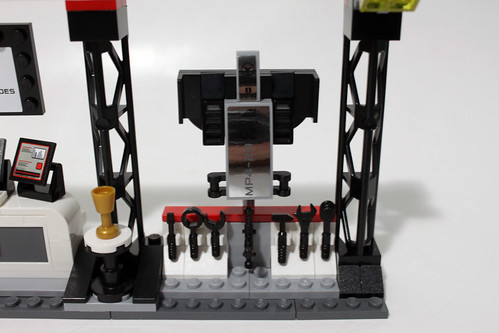 The section on the other side of the hinge is where the action feature of the set is at. You may notice there is a clip where you can attach the MP4-29 to and a couple of 4×6 TECHNIC angular beams. You push down on the beams to launch the car. There are also two pneumatic tire changers hanging from the lattice tower trussing piece. Finally, it looks like there is a small refueling tank but I’m not sure why it was included because refueling has been banned since 2010. 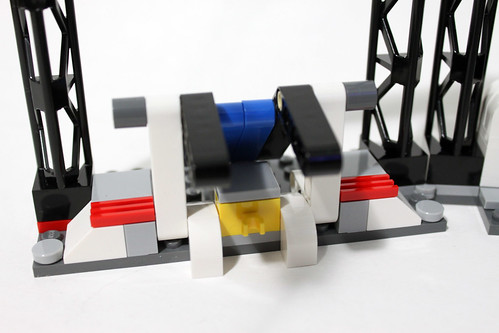 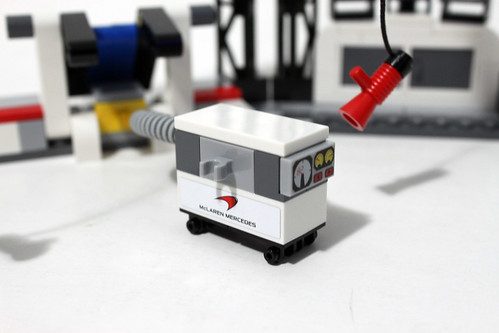 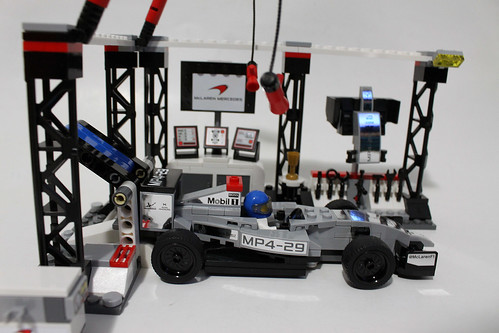 Overall, the McLaren Mercedes Pit Stop (75911) is a neat little set. As the set name says, it focuses more on the pit stop itself. With that said, the McLaren Mercedes MP4-29 is somewhat not the main focus as it is should be but it’s still a very nice build nonetheless. I do like the overall look of the vehicle and it does resemble the real life counterpart. The pit stop is somewhat bland but it’s still enough to keep the price per piece at a very good ratio.

One of the main drawbacks is the amount of stickers that are included. There are a total of 23 throughout the whole set which is a crazy amount but without most of them on the MP4-29, it wouldn’t look as nice as it does with the stickers on. I do recommend the set to any fans of motor vehicles and the Formula One car does make a good display piece. I’m looking forward to picking up the rest of the sets in the LEGO Speed Champions theme as these were some of the 2015 sets that I was really looking forward to. 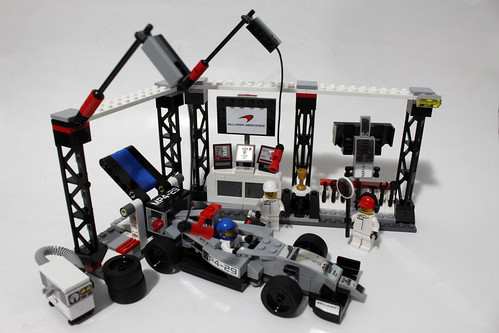