Continuing with the LEGO Marvel Super Heroes Avengers: Age of Ultron set reviews, today we have the Avengers Hydra Showdown (76030). It contains 220 pieces and retails for $19.99. The box includes two numbered bags, one instructions booklet, a small sticker sheet, and a comic. 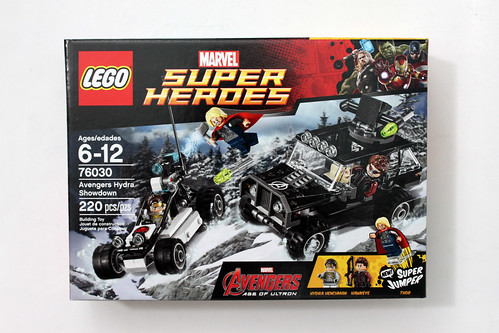 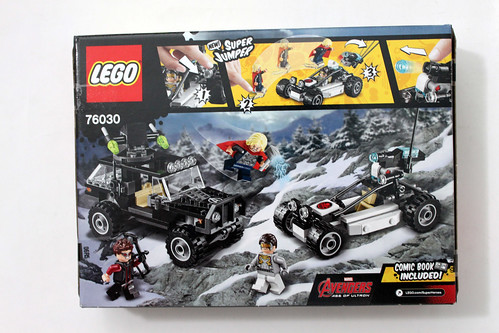 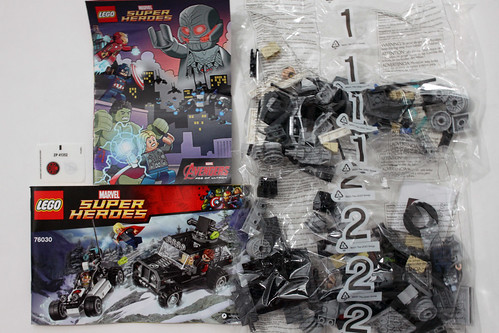 There are three minifigures in this set, Thor, Hawkeye, and a Hydra Henchman. Thor is the exact same minifigure as we seen before in the Attack on Avengers Tower (76038). He has the updated torso with the new armor printing on the front and back. The cape is made from the new softer fabric. His facial expressions include a smirk on one side and an angry look on the other. His accessory is the hammer Mjölnir. 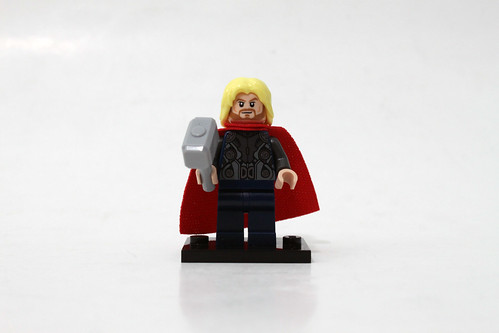 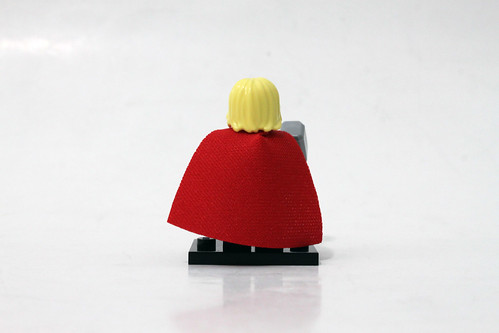 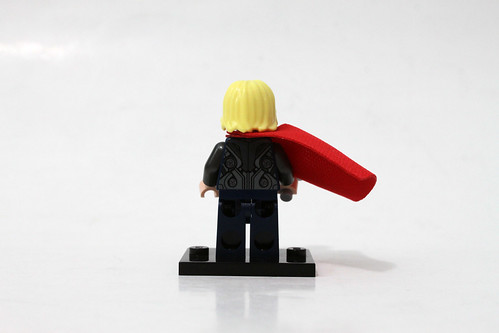 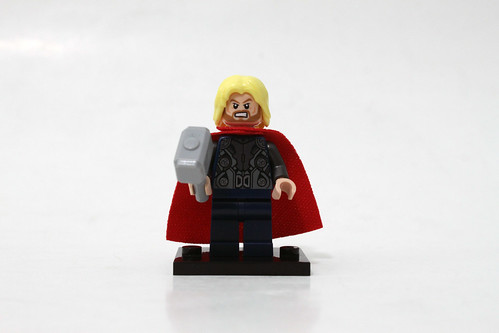 Hawkeye has an updated uniform since the last time we saw him in the 2012 Avengers sets. He wears a mostly black with some dark red stripes down the torso and the top part of the legs as well as on the arms. It’s not as accurate as what we’ll be seeing in the movie because the movie version is more of a maroon color. Hawkeye does have a double-sided head with a stern expression on one side and an angry expression on the other with him wearing his shades. The hairpiece is the Sleepyhead from the Series 6 Collectible Minifigures. His accessory is the same bow and arrow piece we’ve seen before. This version of Hawkeye is not exclusive to this set as he also appears in the UCS The SHIELD Helicarrier (76042)

but this is the cheaper route to get him. 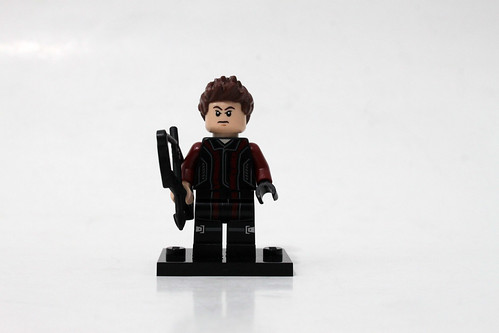 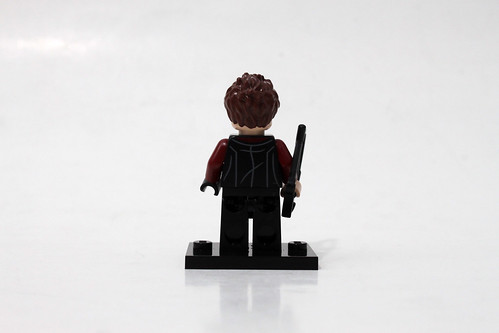 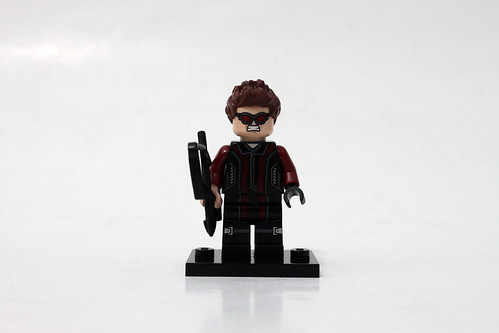 The Hydra Henchman has a mostly grey torso with some gold and purple printing on the front and back of the torso. It looks similar to the Chitauri armor from the first Avengers movie sets. This kind of makes sense since Baron von Strucker was examining the Chitauri scepter at the end of Captain America: The Winter Soldier and was probably using it on the henchmen. The back of the torso also has a purple Hydra logo right in the middle. The front of the head has him wear some sort of goggles while the back has some robotic implants. The Hydra Henchman will also appear in The Hydra Fortress Smash (76041). 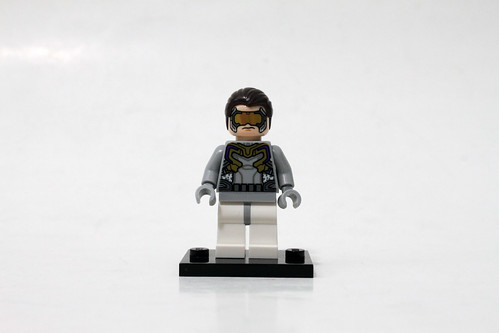 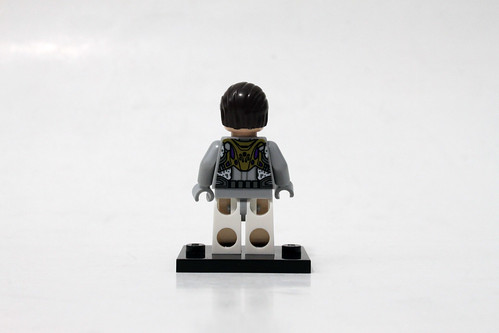 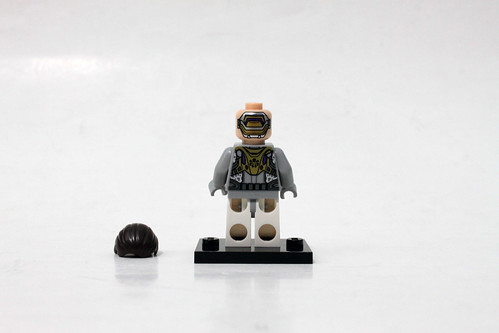 There are two parts to the build. The first one is the 4×4 jeep that Hawkeye drives. There’s not much to it as it is a pretty simple looking jeep. The front hood area has a sticker of the Avengers logo. There is also another sticker on the back for the license plate which reads ZP 41352. On the top of the jeep, there is a rotating flick-fire missile gun. On the side of the jeep, there is a place to attach Hawkeye’s bow and arrow. 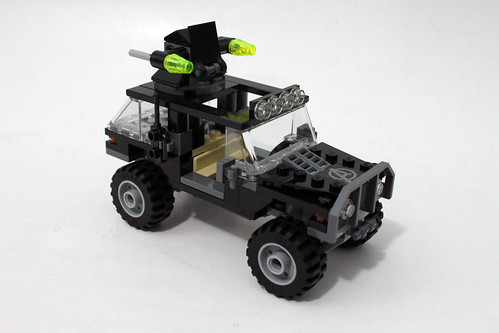 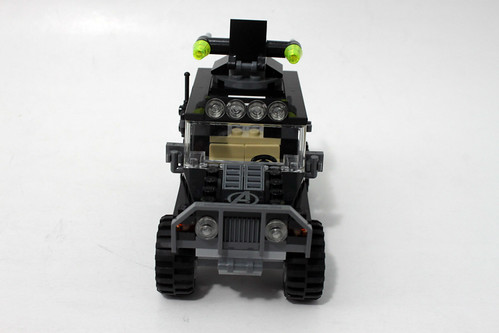 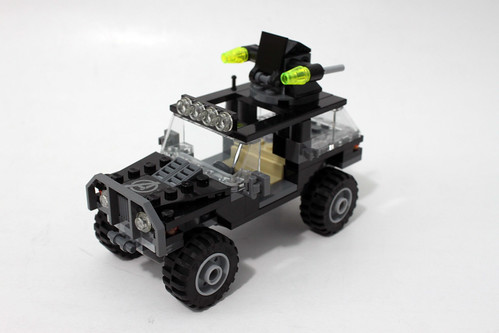 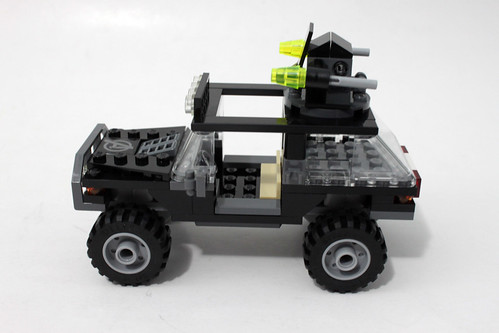 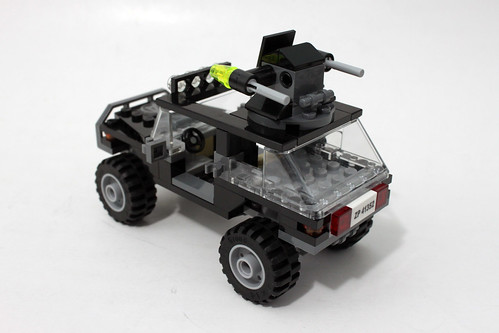 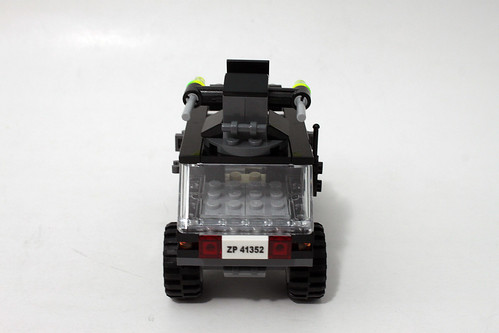 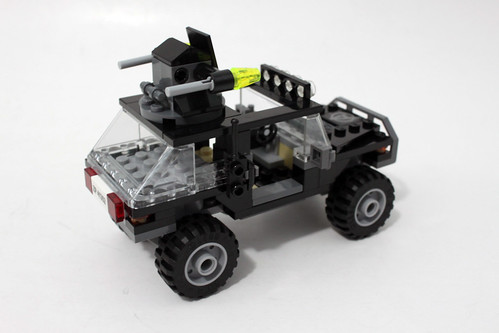 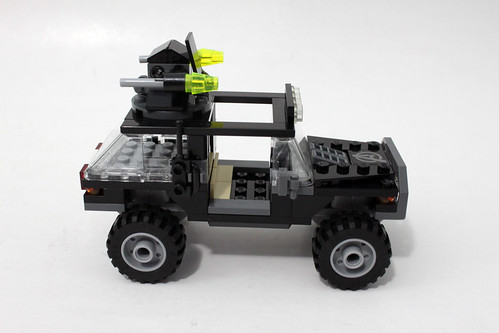 The Hydra off-roader, as LEGO calls it, has a dune buggy look to it. It’s pretty small and has a mostly white and black color scheme to it. The front of the vehicle has the Hydra logo prominently displayed. There is sort of a play feature with it with the stud shooter gun on top. It can be knocked off with by launching Thor at it with the included Super Jumper but we again do not recommend using the Super Jumper because of the problems it causes. With that said, the stud shooter on top will tend to fall off if it is not property held up by the side light. 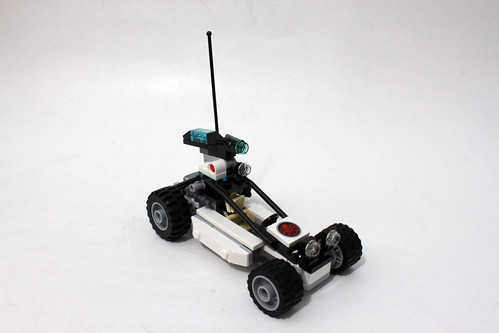 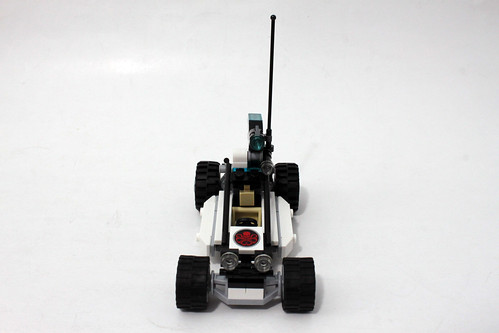 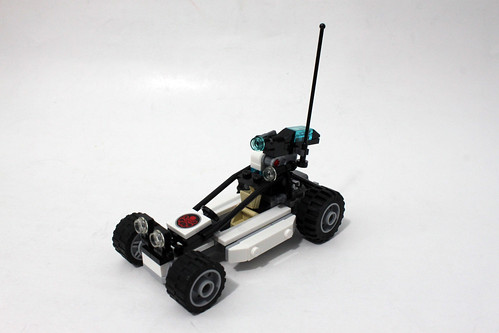 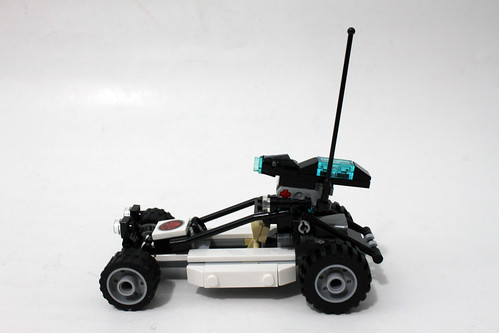 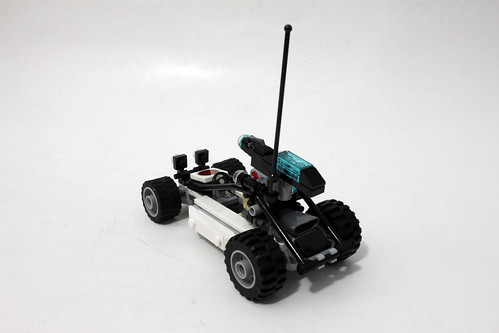 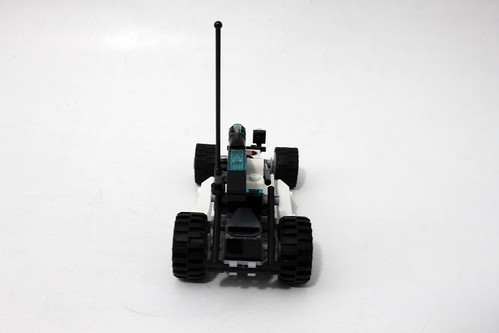 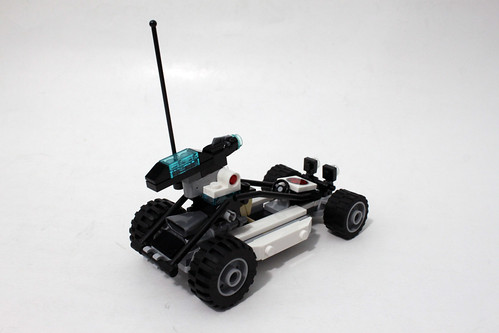 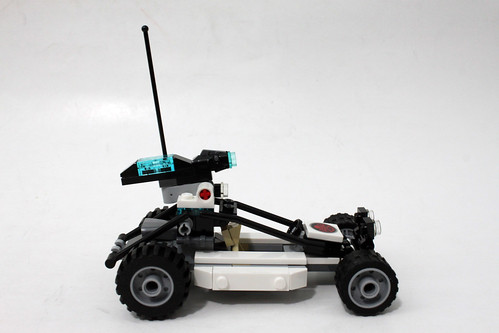 Overall, the LEGO Marvel Super Heroes Avengers: Age of Ultron Avengers Hydra Showdown (76030) set is somewhat bland. For $20, you do get two different vehicles and three minifigures which are all not exclusive to this set but is the cheapest way to get all three. There are some play features but none that really stand out and quite honestly, aren’t that interesting. It’s all the same stud shooter/flick-fire thing that we’re used to seeing by now. The LEGO Marvel Super Heroes Avengers: Age of Ultron sets are starting to show up in stores, more particularly at Toys R Us which is where I found them. 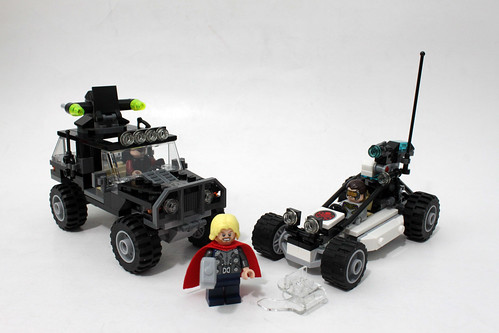