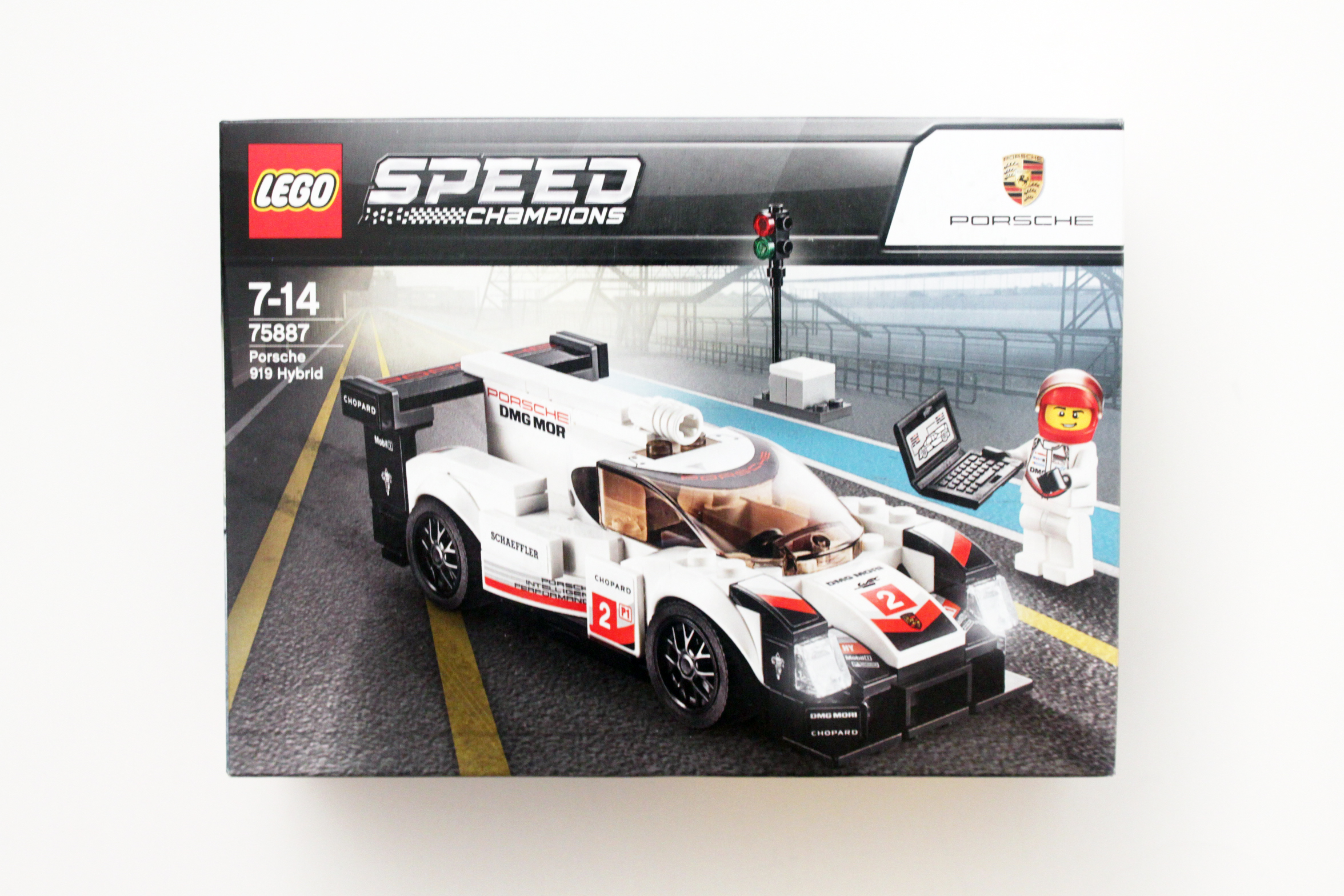 In my last review of the single vehicle sets for the 2018 LEGO Speed Champions wave, I have the Porsche 919 Hybrid (75887). The set has 163 pieces and retails for $14.99. The contents of the box include three unnumbered bags, a bag of rims, a loose black chassis, the instruction booklet, and a sticker sheet. 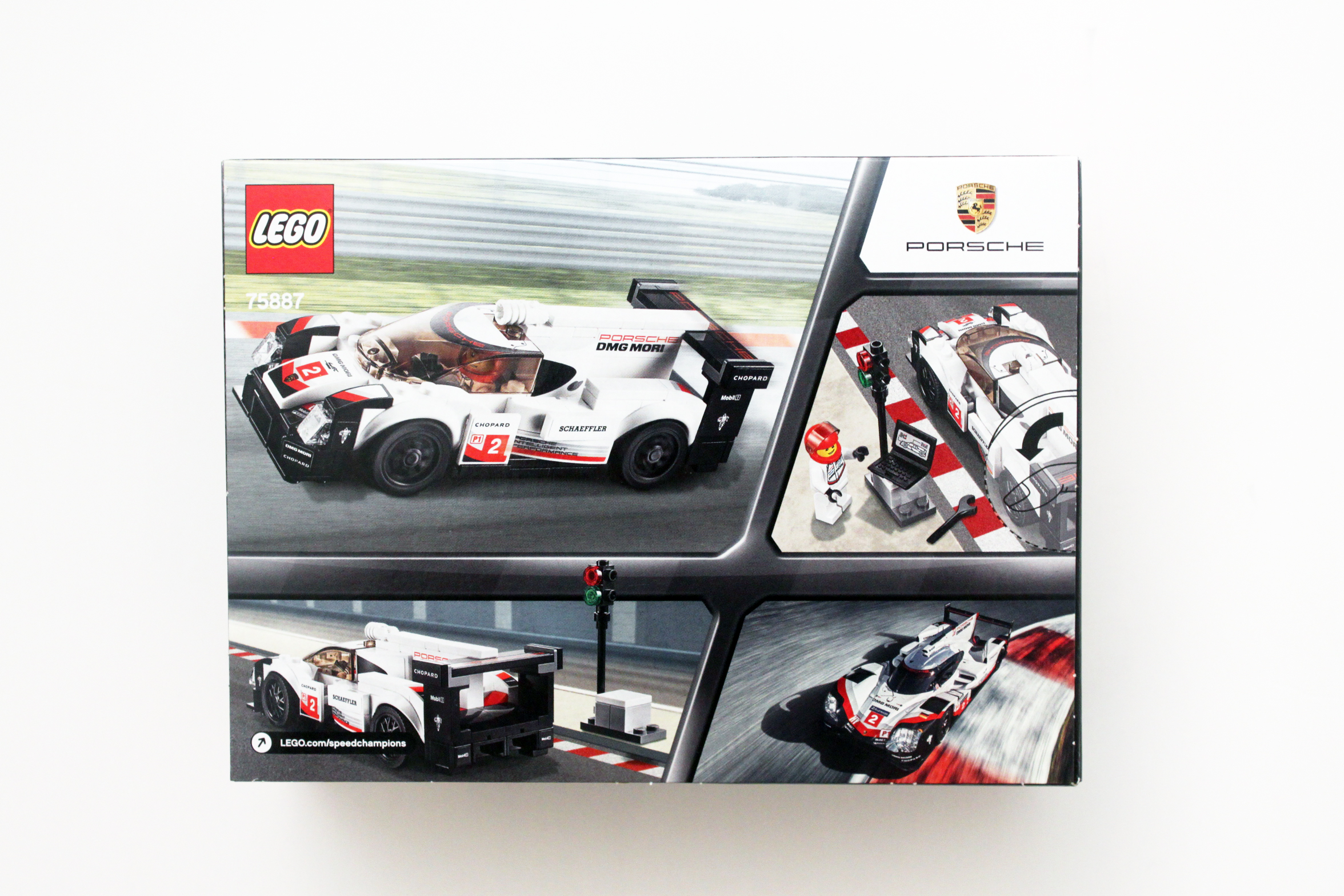 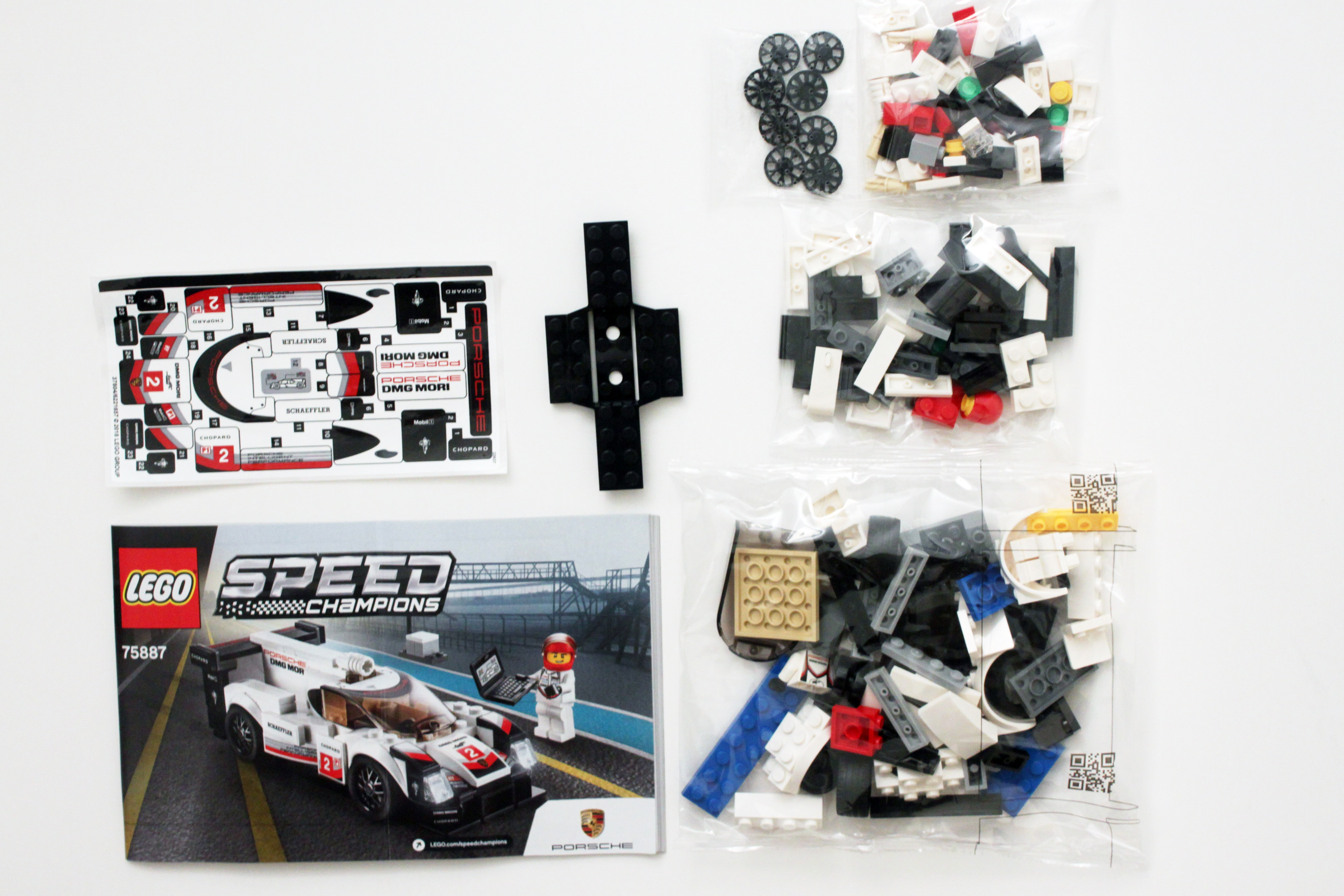 The minifigure wears a white racing suit and like the other counterparts in the Speed Champions sets, it is decorated with sponsors including DMG Mori as the main one along with Vodafone, Mobil 1, and WEC Racing. His accessory is a black wrench used to pop out the rims. I’m not sure who the driver is based on but the #2 car is driven by Earl Bamber, Timo Bernhard, and Brendon Hartley. People have also said that it could be Andre Lotterer. 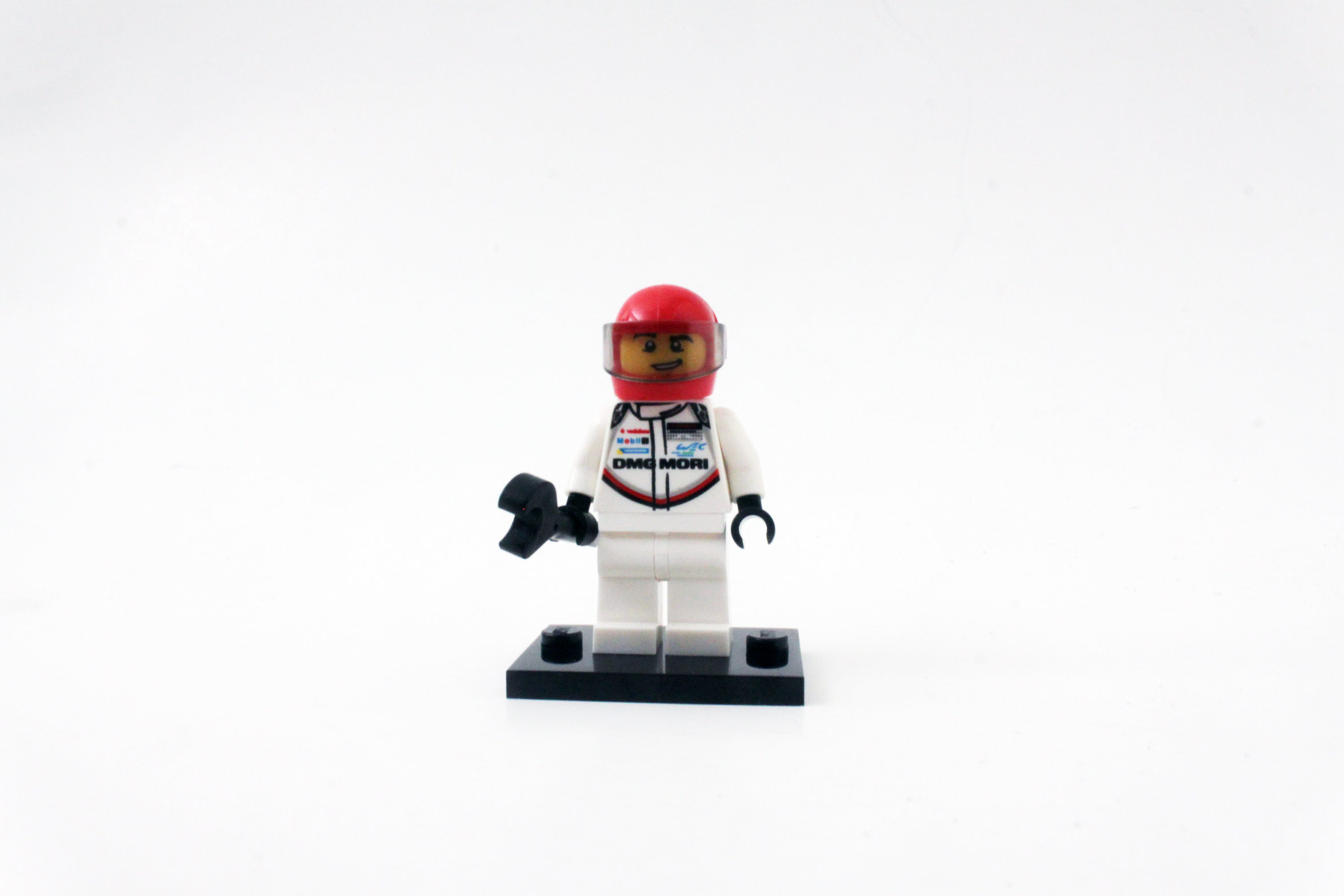 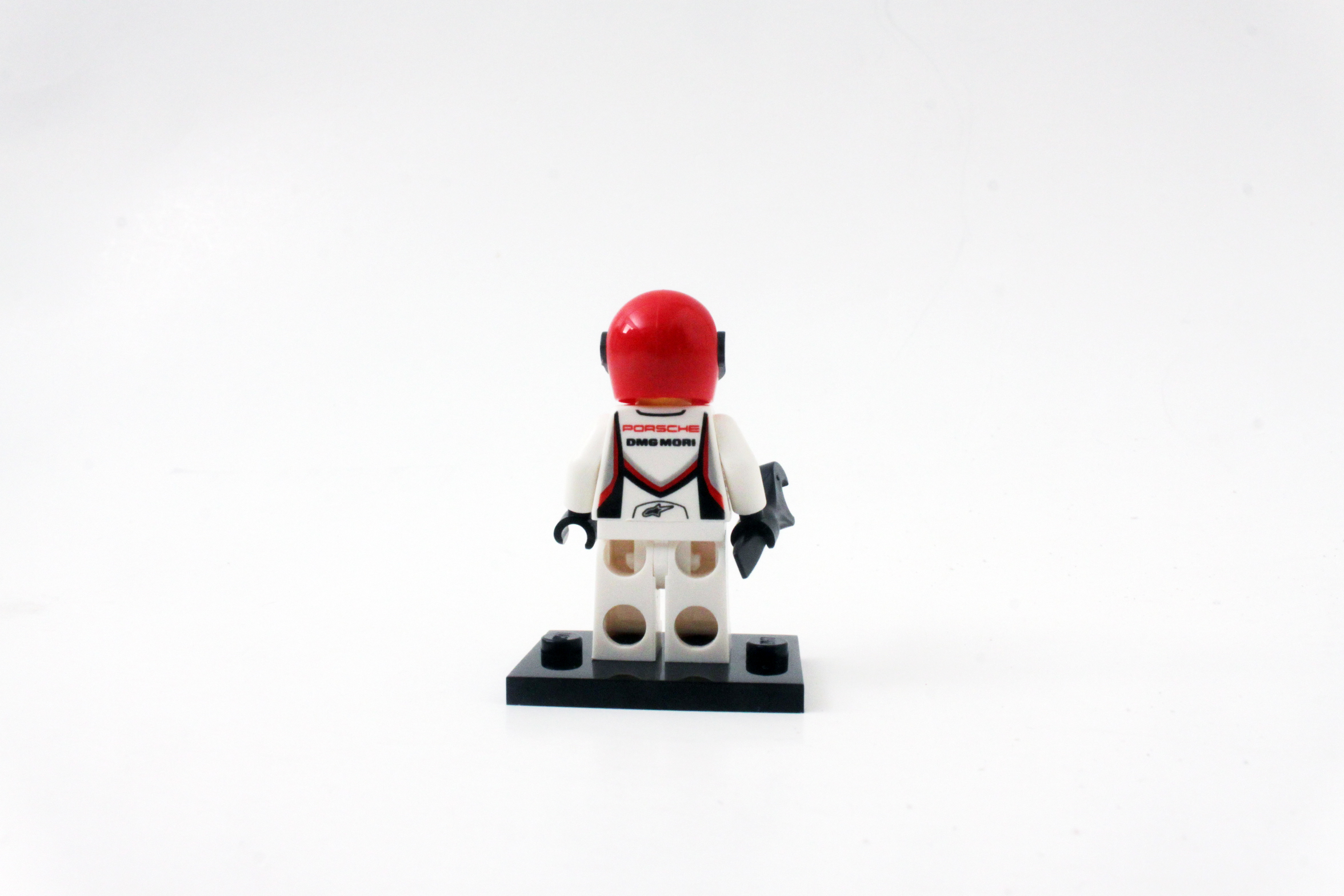 In addition to the 919 Hybrid, this set also includes a small start and finish post along with a laptop. 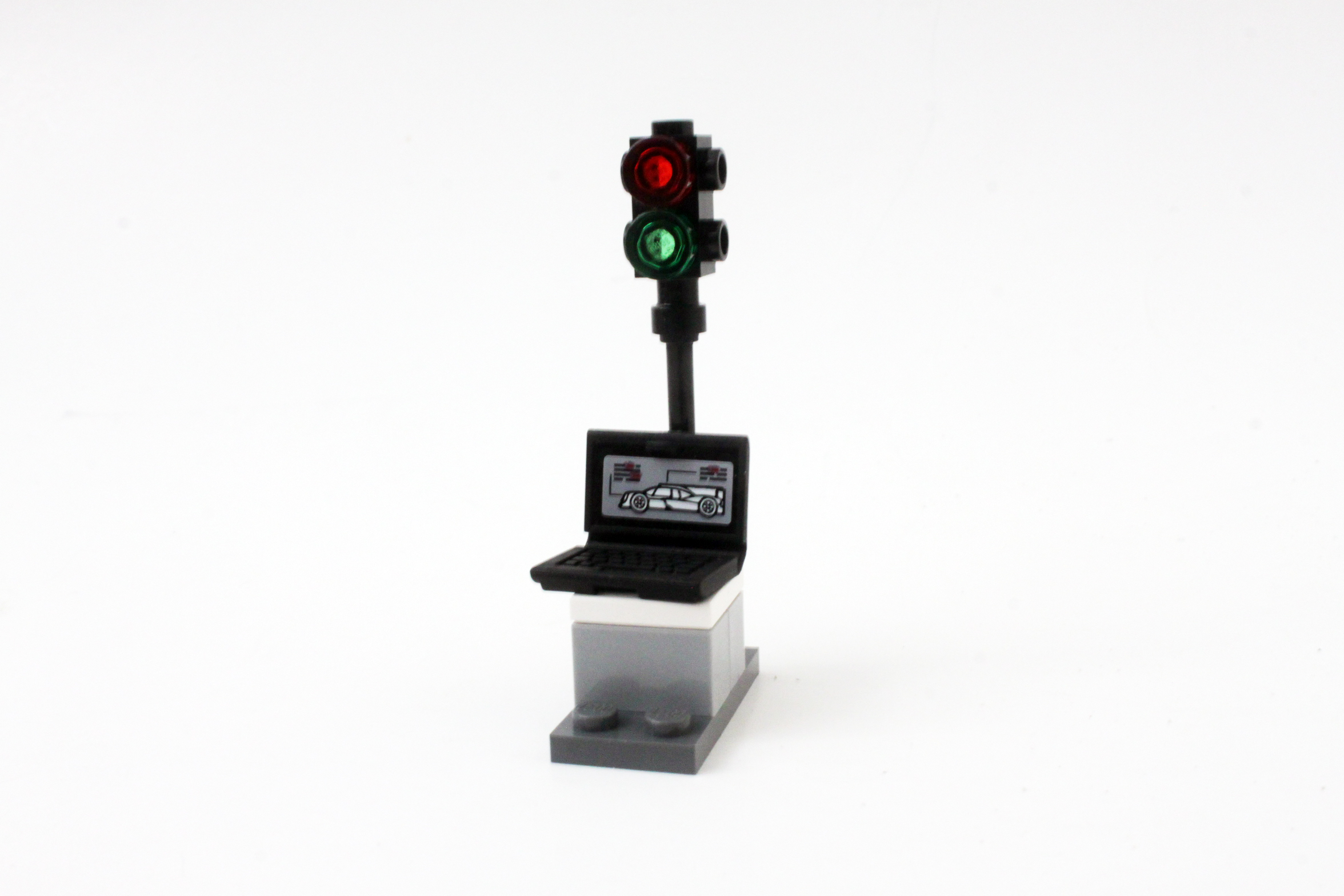 The build of the Porsche is straightforward with not that many advanced building techniques. At the front of the car, there are a number of curved pieces to give it the distinct look. There’s a larger sticker that goes right in the middle with the DMG Mori sponsor along with WEC Racing. On the inside of the cheese slope headlights, there are some stickers for Mobil 1 and Michelin as well as the Michelin Man on the outside of the headlights. 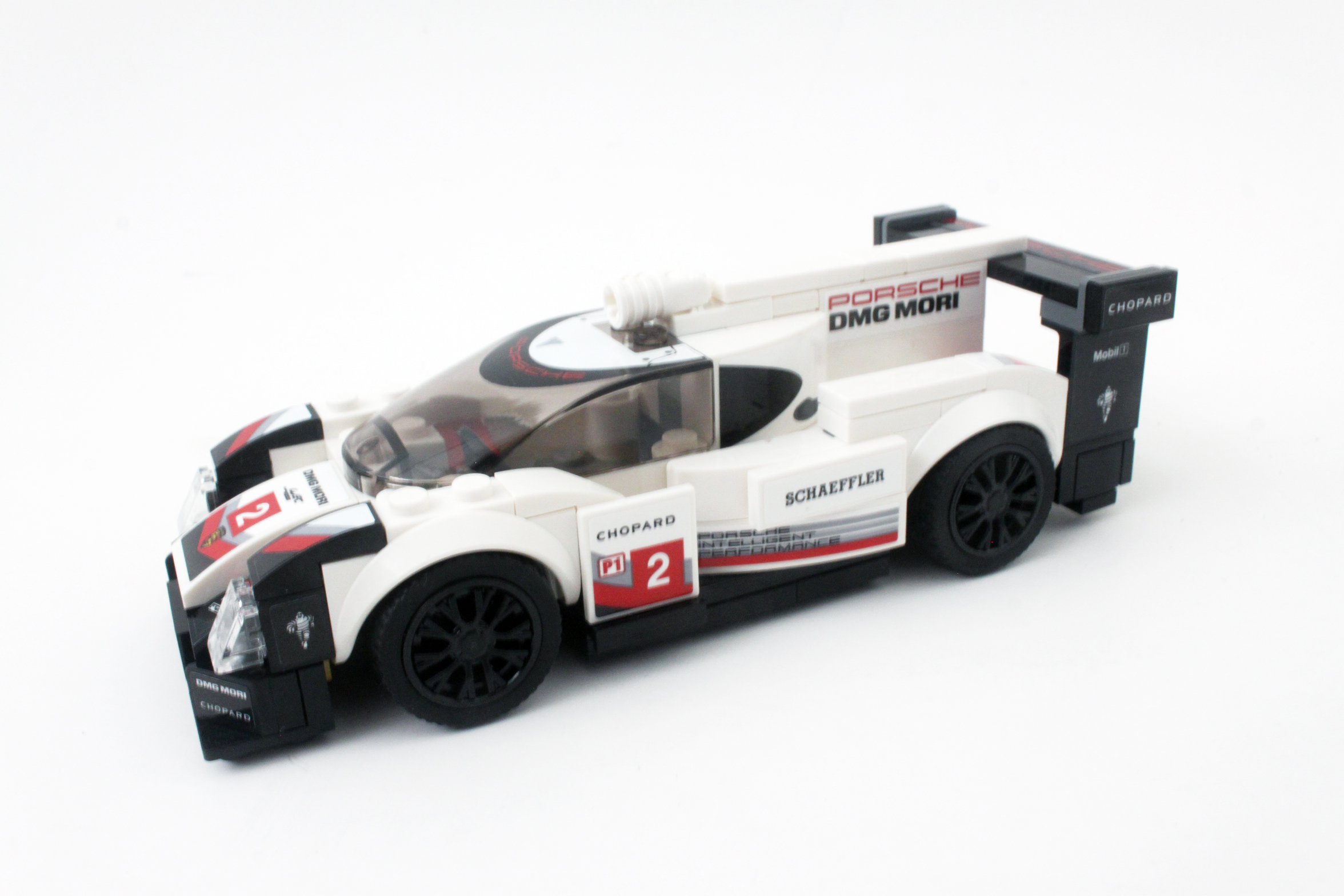 The front diffuser uses a double corner wall piece along with some 1×2 slope pieces for the side angles. This design choice actually works well and is pretty accurate to the actual design however it runs a little low to the ground. 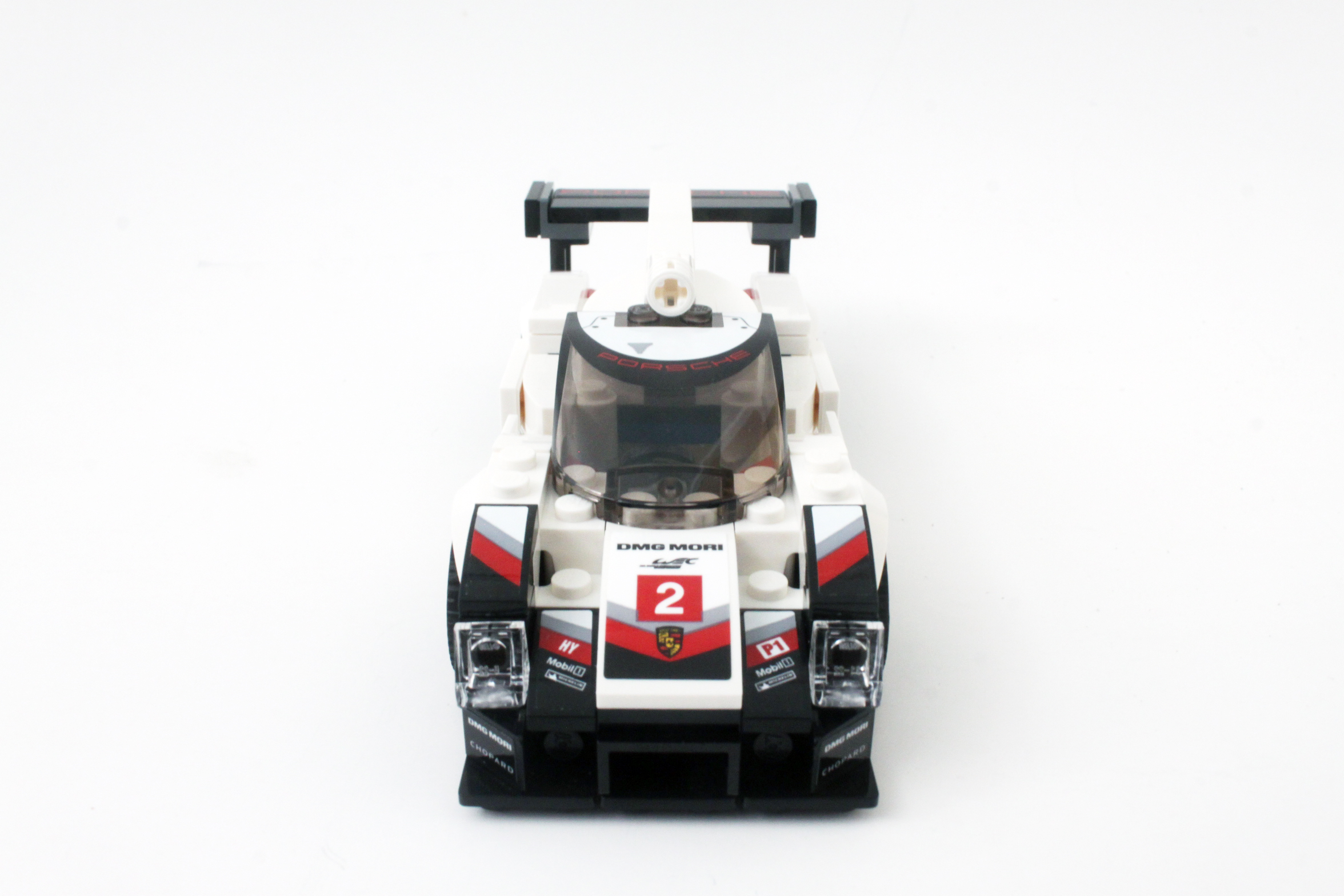 The sides of the Porsche 919 Hybrid uses some angled pieces for the design and there’s even actual door pieces which is really rare to see in the Speed Champions theme. They don’t open but are just used for the panels. For the #2 car, some of the sponsors that are shown here are Chopard, Schaeffler, and the Porsche Intelligent Performance logo. 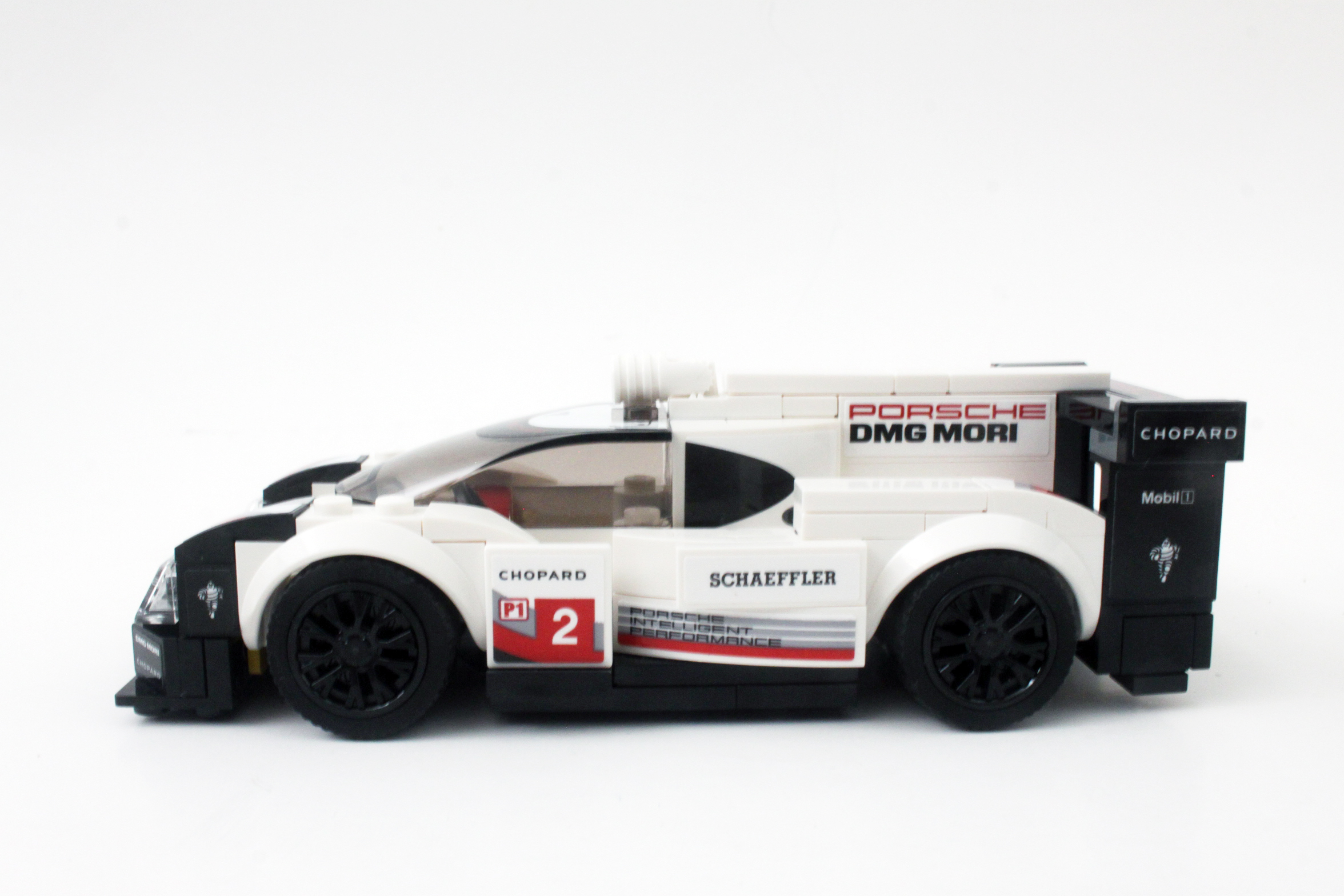 The windshield can be removed and there’s a fairly large curved sticker that goes on the top. The roll-hoop mounted intake is actually on a hinge so you can move it up to remove the windshield. The sides of the rear are decorated with the Porsche DMG Mori logo. 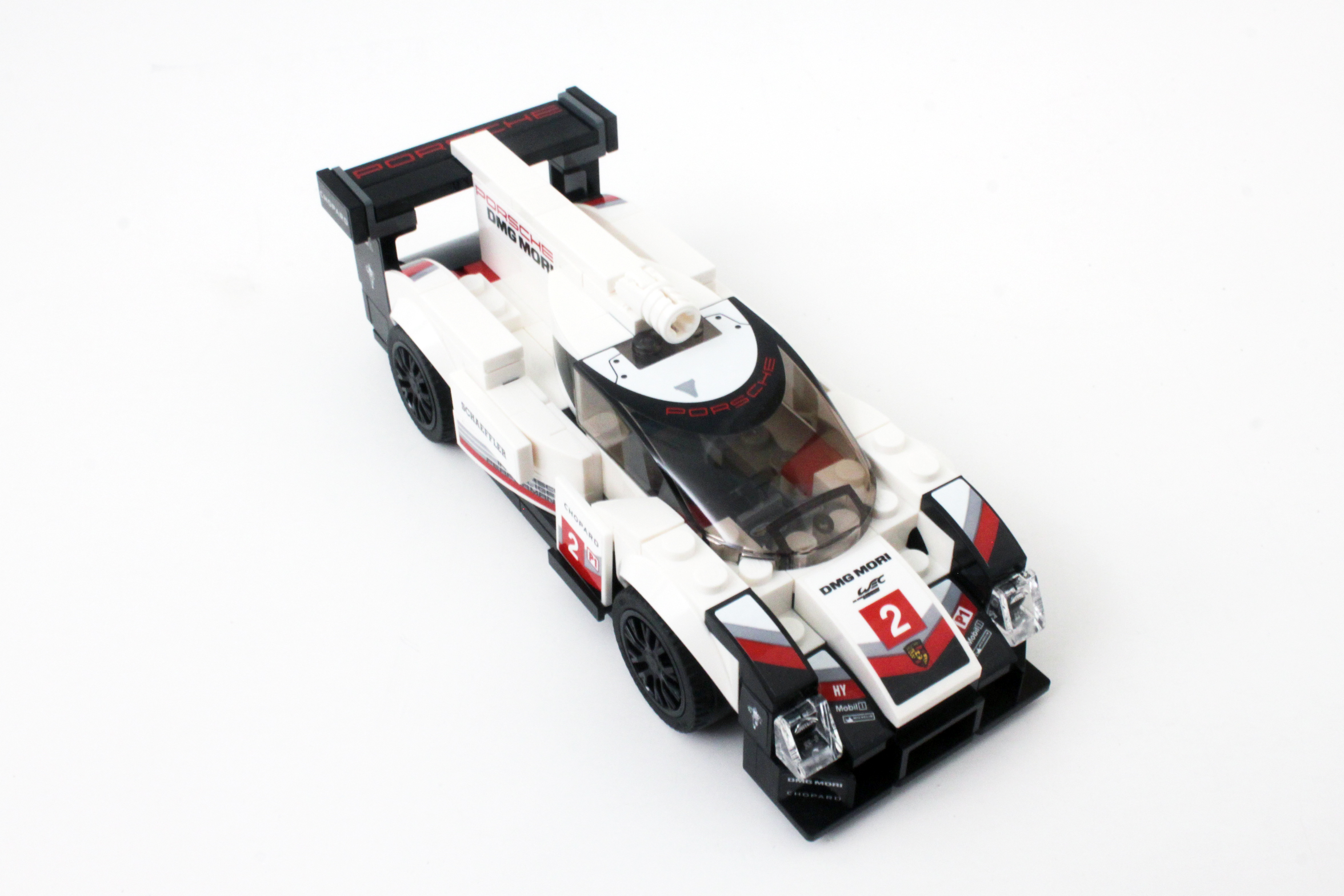 Finally on the back side of the Porsche 919 Hybrid, we have the spoiler and the rear diffuser. Although it is accurate to the real-life counterpart, it looks pretty ugly. The Chopard and Mobil 1 stickers makes the area a little less bland. 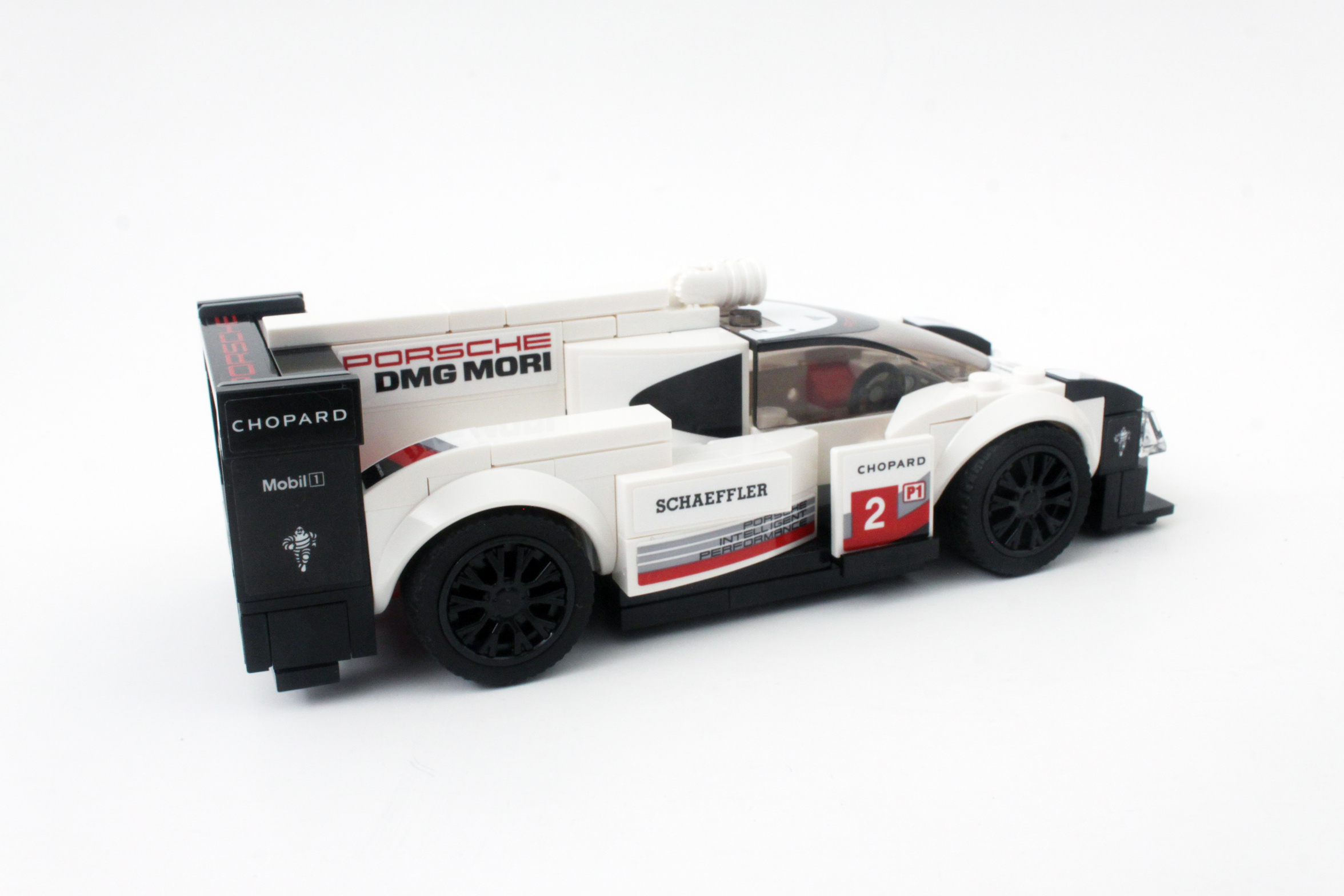 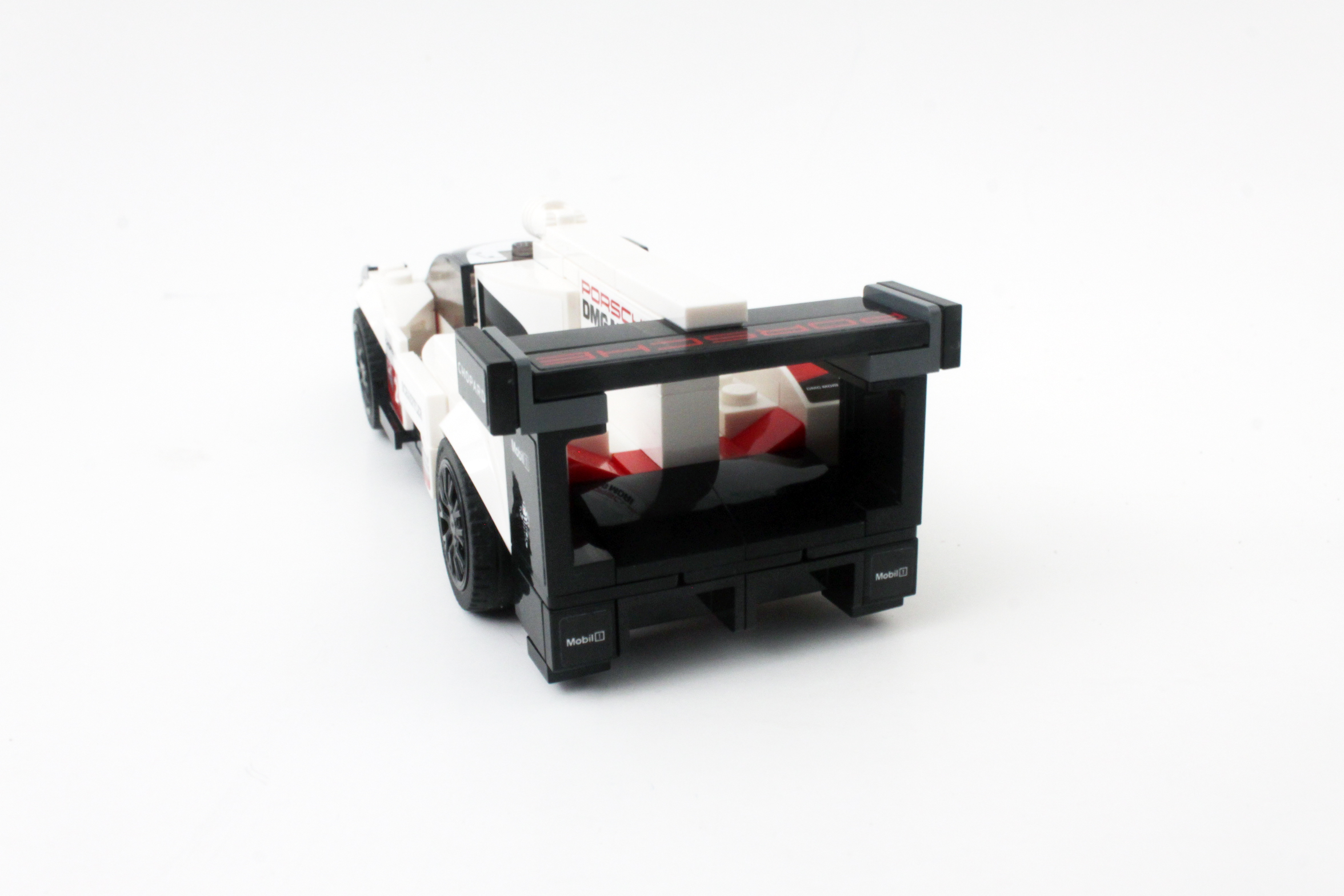 As with a majority of the times with the LEGO Speed Champions sets, LEGO provides two sets of rims in different styles. 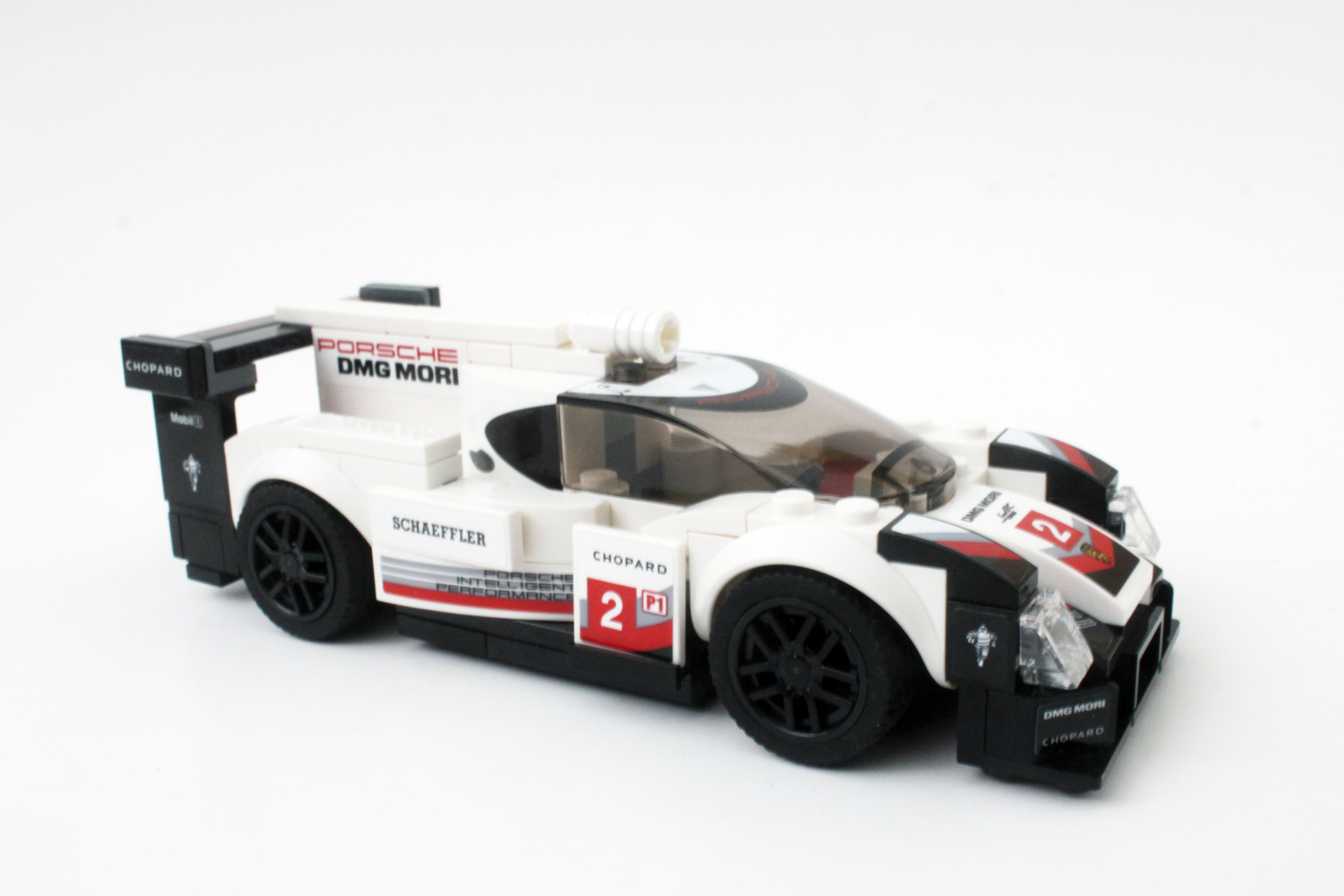 The LEGO Speed Champions Porsche 919 Hybrid (75887) is a decent looking car but it’s also a little disappointing since we already had a version of it in the 75876 set from 2016 although this one is a slightly updated version which makes it look similar to the Audi R18 e-tron quattro (75872). Unlike the previous two LEGO Speed Champions 2018 sets I’ve reviewed so far, the Porsche 919 Hybrid relies heavily on the stickers as it looks very bland without them. 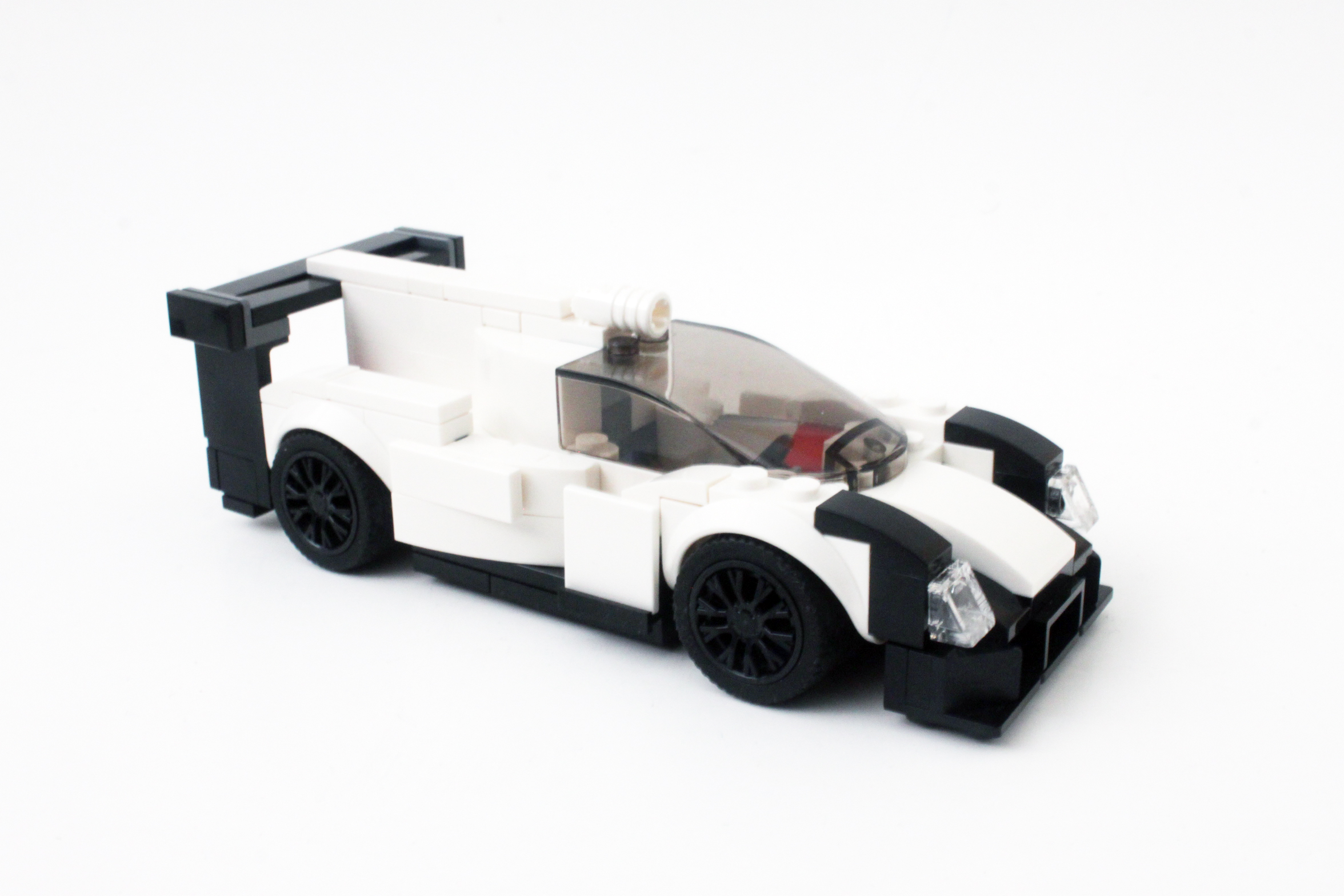 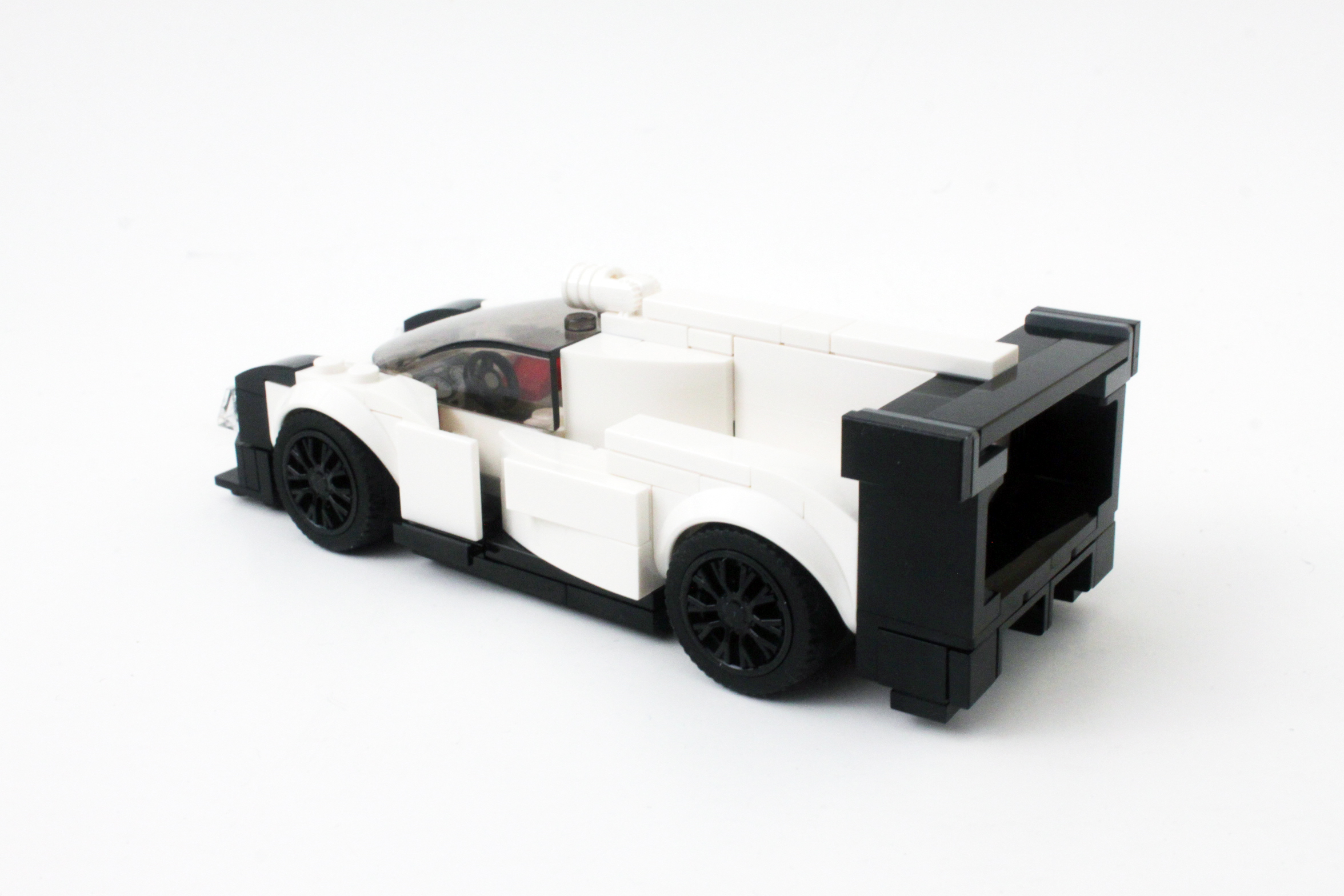 It’s a little hard to recommend this set at retail price but if you’re a completionist, you’ll end up getting this set anyways. Don’t get me wrong, I like the set but it’s a vehicle that we’ve gotten before with small changes to it. 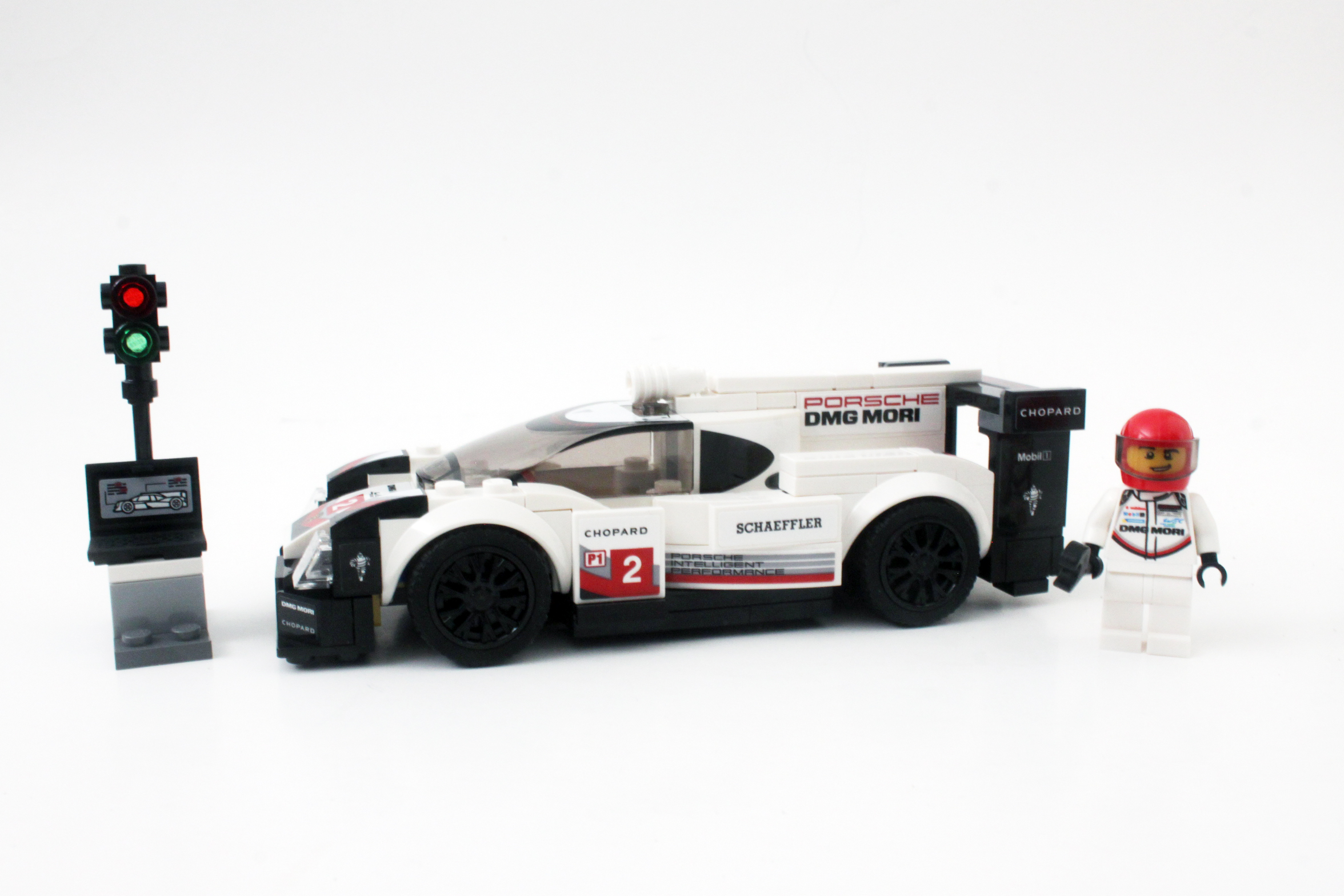 Check out the other 2018 LEGO Speed Champions sets I’ve reviewed so far: