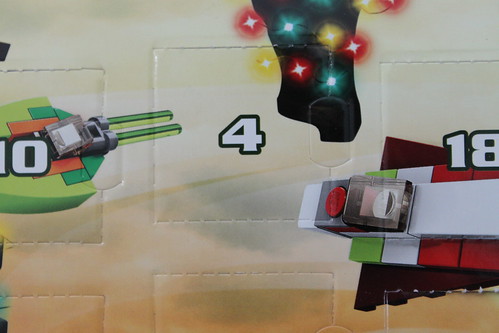 Punching the Day 4 tab reveals some very colorful pieces. After completion, we get the Koro-2 Exodrive Airspeeder which is driven by Zam Wesell as her getaway vehicle after her failed assassination of Queen Amidala on Coruscant in Episode II. It is a decent build that actually looks like what it’s supposed to be given the limited number of pieces used and plus they’re pretty useful. So far, we are 4/4 of nice, recognizable builds in the 2013 LEGO Star Wars Advent Calendar. 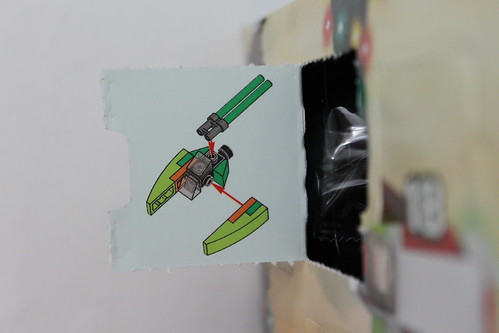 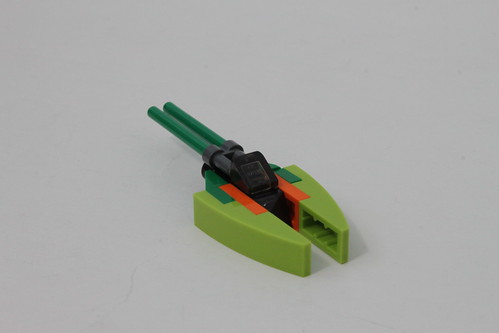