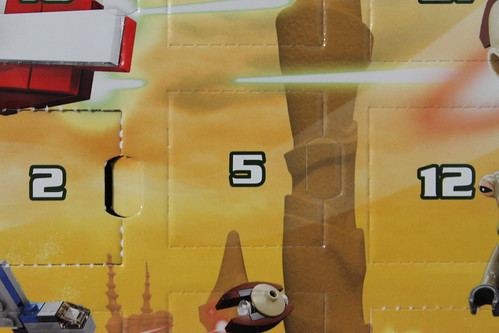 December is flying by and we’re already on Day 5 of the LEGO Star Wars 2013 Advent Calendar. Let’s see what we get, shall we?

On the fifth day, we get the Storm IV Twin-Pod Cloud Car. This is the first time in the advent calendar that we don’t get a build that involves Episode II. Instead, we first see this vehicle in Episode V: The Empire Strikes Back on Bespin although it was only seen for a few seconds. The Cloud Car uses a SNOT technique to create the look of the vehicle. It has the appearance of the Cloud Car but the coloring is a bit off. The color of the vehicle should be orange and not red which I think is a fault of today’s build. Overall, I’m not that impressed with the Cloud Car. 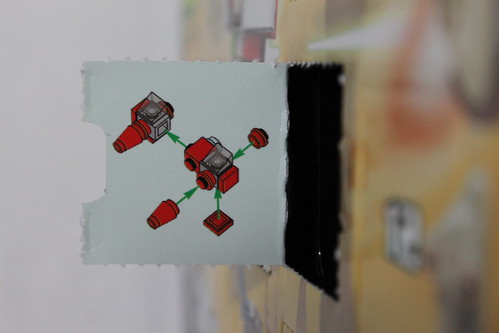 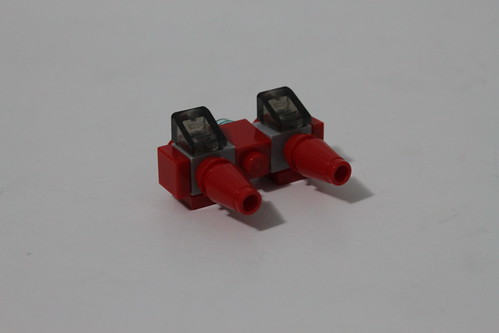