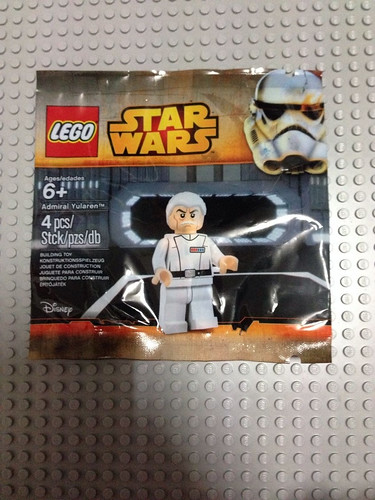 CM4Sci over on Eurobricks has shown an image of the new LEGO Star Wars Admiral Yularen (5002947) minifigure polybag that will be given away during LEGO’s May the 4th event in 2015. For those who aren’t familiar with the character, Admiral Wullf Yularen was the head of the newly-formed Imperial Security Bureau on the first Death Star in Episode IV: A New Hope.