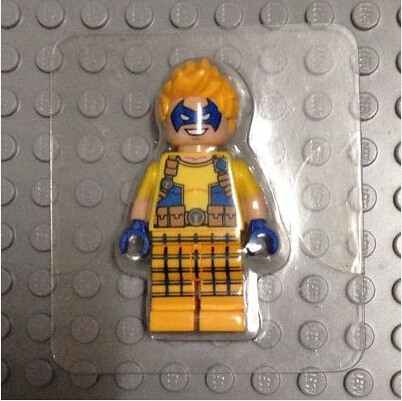 NuffSaid1996 over on Eurobricks has found a new LEGO DC Comics Super Heroes Trickster minifigure that isn’t featured in a set or in a 2015 promotion. From the way that it’s packaged, it seems that the minifigure will be included in an upcoming LEGO book or movie.

The Trickster is one of the members of the Rogues and is the enemy of the Flash using dangerous gadgets themed after practical joke items. From the looks of it, the Trickster minifigure is based on the Axel Walker version and he also appeared in LEGO Batman 3: Beyond Gotham as a playable character. He isn’t a major villain but is a good addition to the LEGO DC Comics Super Heroes line.

Thanks to Luke for the heads up.