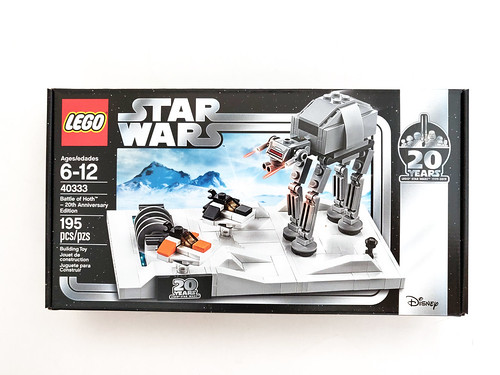 Tomorrow marks the beginning of the LEGO Star Wars May the 4th promotions on [email protected] and the main promotion is the Battle of Hoth – 20th Anniversary Edition (40333). The set has 195 pieces and you can get it for free with purchases of $75 or more in Star Wars products, while supplies last. This piece count is the most for a May the 4th promotional set that LEGO has released ever. LEGO has sent over the set early so we can take a quick look at it.

The first thing I have to mention is the box itself. As a collectible set, you do not have to rip it open as it is the resuable folding style. I do like this style of box for promotions as you can store the set whole if you’re done with it. 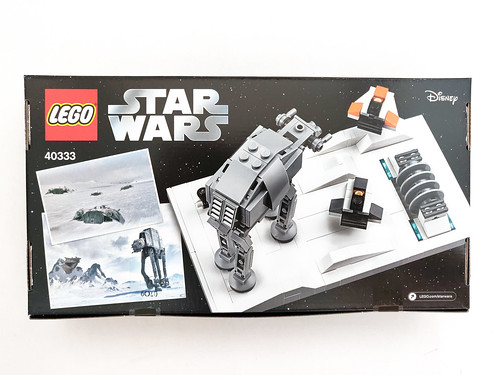 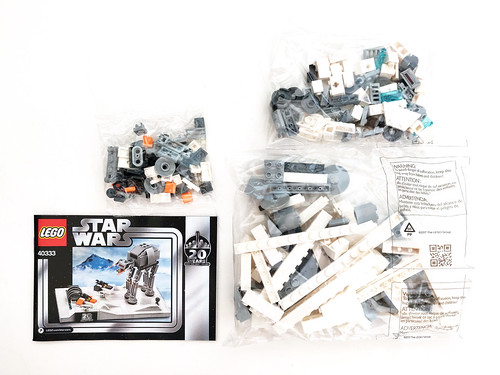 The mini scale set features the iconic battle scene from Star Wars: Episode V – The Empire Strikes Back with the AT-AT and two Snowspeeders. On the left side, we have the Echo Base DSS-02 shield generator which is now correct with four generators. It uses some gray discs to represent that. 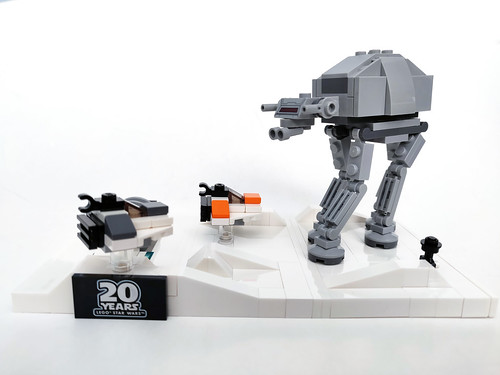 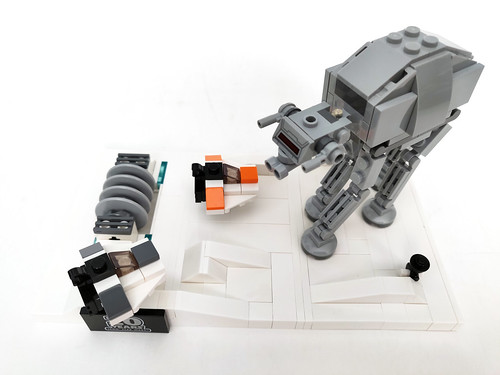 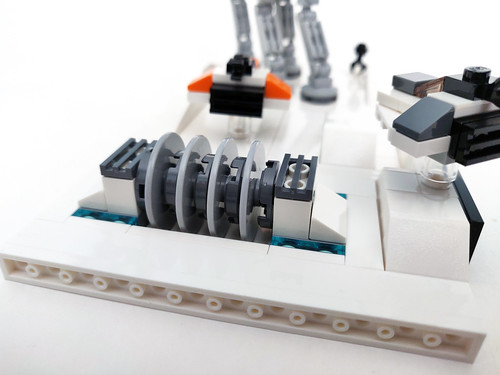 Going around to the front, we have the exclusive printed 2×4 tile of the 20 Years of LEGO Star Wars logo. 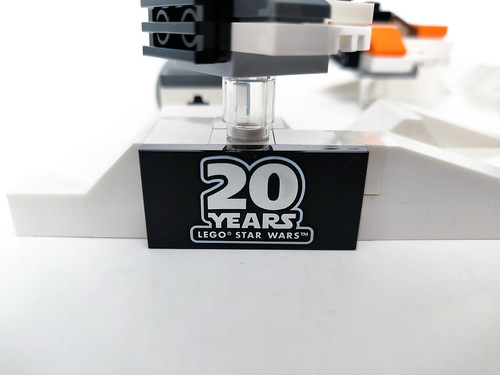 Next to the shield generator, are the two Snowspeeders that sit on a couple of trans-clear 1×1 round bricks. One of the Snowspeeders has the orange color scheme and the other one has the gray one. 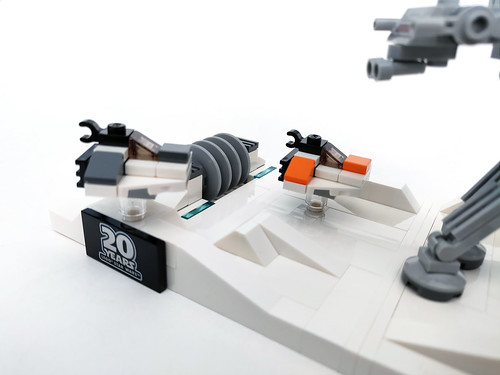 The AT-AT is the largest thing in this set as it towers over everything. The cockpit uses a printed 1×2 slope piece for the red windshield. The laser cannons on the front makes use of a pair of binoculars. The neck connects to the body using a trans-clear 32 shaft with knob which is an intersting part choice. 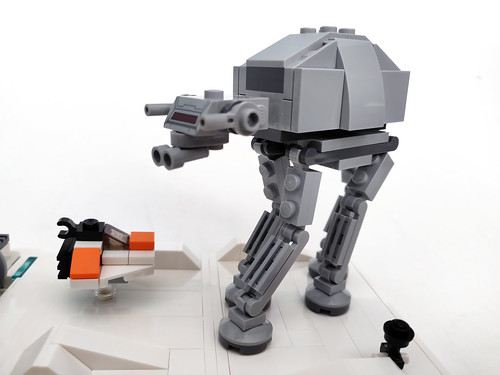 The bulky body uses some 1x2x1 bricks with studs for the smooth sides. The legs use hinge pieces to get it in particular poses and the feet makes use of some open studs on the base to keep it fairly stable. 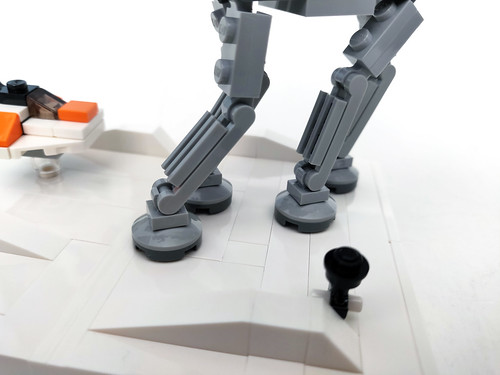 Finally in the bottom corner, we have the Imperial Probe Droid which is just a clip with a 1×1 round plate with a hole. 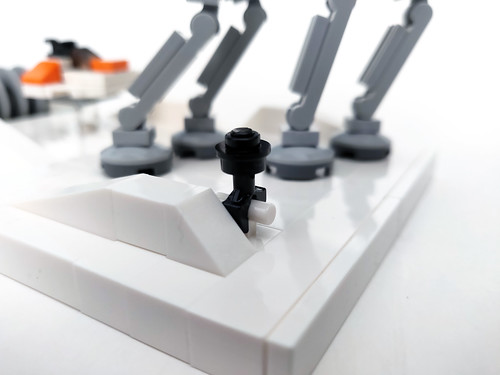 Overall, if you’ve been collecting the LEGO Star Wars 20th Anniversary Edition sets, you’ll probably want to get this Battle of Hoth (40333) set as well. Obviously it makes a great little display piece and the scene is a very iconic one and is easily recognizable from all angles.

I know that a lot of us would prefer the exclusive minifigures for May the 4th promotions but I think these type of sets are more meaningful since we get to build something instead of just having a single minifigure. As a matter of fact, I still have the R2-D2 and BB-8 from the past couple of years still built and displayed on my TV stand.

Again, this promotion starts tomorrow at LEGO Stores and on [email protected] with purchases of $75 or more on Star Wars products. 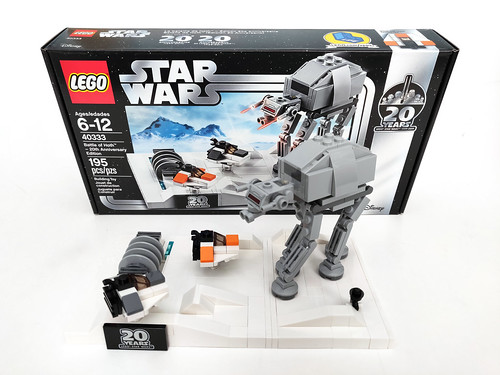