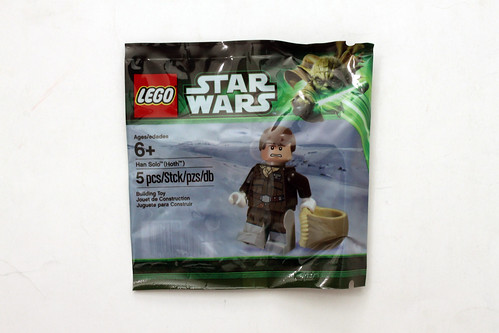 Today we have a review of an item that’s been released before but could be new for people who missed it two years ago and it’s the LEGO Star Wars Hoth Han Solo (5001621) minifigure polybag. As mentioned before, this particular minifigure was available two years ago during as a May the Fourth exclusive with a LEGO Star Wars purchase of $75 or more. I guess LEGO still has a lot of these minifigures left over because they brought it back as a February 2015 promotion. If you received a 2015 LEGO Wall Calendar either in November or December, there is a coupon that allows you to get the Hoth Han Solo minifigure with any LEGO Star Wars purchase this month.

This version of Hoth Han Solo has him wearing the original brown parka. There’s not much to it but it does have some details like the rank insignia, scarf and belt. The back of the torso also continues the printing from the front. There is also a removable hood that you can replace with Han’s brown hair. The head is also double-sided with one side having printing of him wearing the face mask and goggles.

If you’re an old school Star Wars fan, you’ve probably know about the brown vs. blue controversy about which color of the parka Han was wearing in Star Wars Episode V: The Empire Strikes Back. From what I’ve gathered, the parka was originally brown but the bluish lighting of the Echo Base made the blue version ingrained in our memories. Luckily for us fans, LEGO has already released a couple of the blue versions in previous sets so both colors of the parka has been represented.

Overall, this brown parka Hoth Han Solo (5001621) is a nice variant to all the different Han Solo minifigures that have been released throughout the years. This promotion is available at LEGO Stores only until the end of the month or while supplies last. 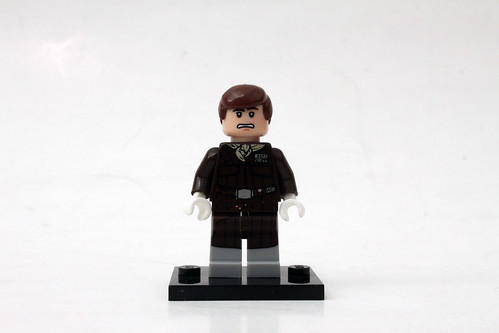 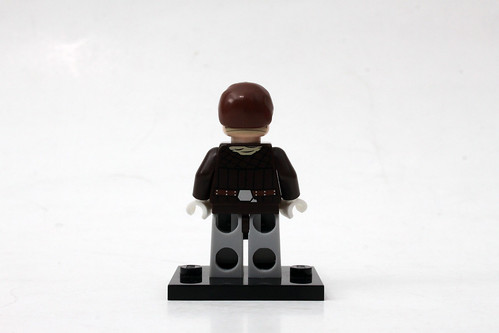 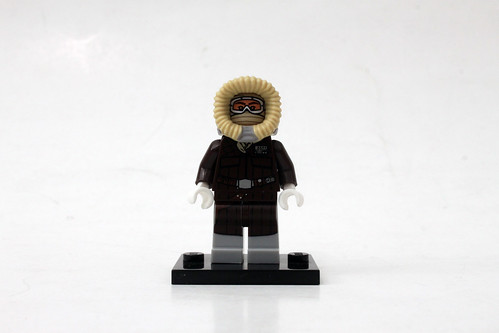