If you get the LEGO VIP emails, one should have came in to promote the new LEGO Star Wars UCS Imperial Star Destroyer (75252) which was announced today. In the middle of the email, there is a small blurb saying they will be offering Double VIP Points during the first launch weekend of the set. The promotion will run from September 18-22. Normally, you’ll get 4,550 VIP points on it but during that weekend, you’ll get a whopping 9,100 for it. 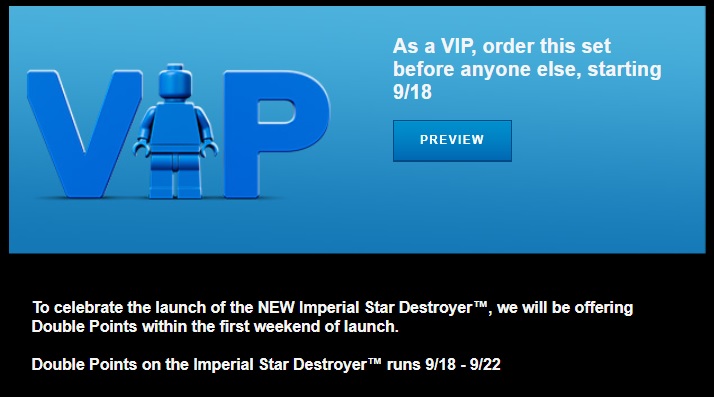