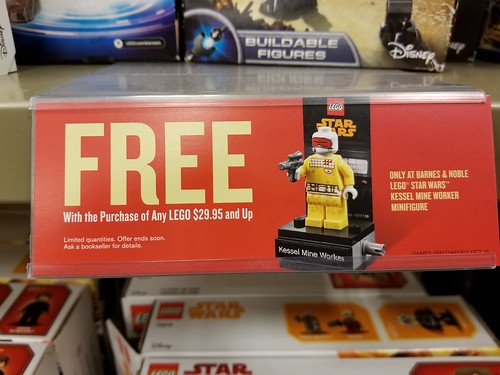 For the past year or so, LEGO has been releasing exclusive LEGO Star Wars minifigures that are some display stands. There’s currently a promotion going on over at LEGO [email protected] for the Han Solo Mudtrooper (40300) with purchases of $35 or more. It looks like there’s another promotion also running at Barnes & Noble, of all places, for the Kessel Mine Worker (40299). You can get it for free with purchases of $29.95 or more, while supplies last. From the looks over on the image, it looks like the promotion runs until October 18. There’s also reports that you can purchase it individually for $1.27 each. Thanks to Brandon for the heads up!