In our next review of the LEGO Star Wars Microfighters sets, we have the AAT (75029). The set contains 95 pieces and like all the other Microfighter sets, it goes for $9.99. The box includes two un-numbered bags and a small instruction booklet. 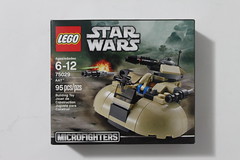 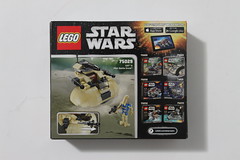 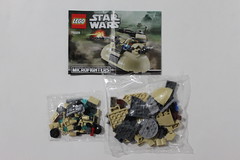 Driving the AAT is a simple Pilot Battle Droid. Its accessory is a blaster pistol. Nothing much too spectacular here since you probably have a few of these guys already. 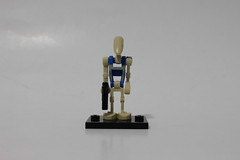 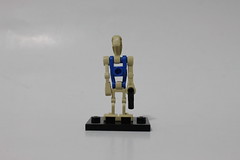 The AAT is made with mostly tan pieces and is more rounder than its larger counterpart. The AAT features a cannon on the top and flick-fire missiles on each side of the vehicle. The turret on top is able to spin a full 360 degrees. In the front is a seat for the Pilot Battle Droid with a moveable windshield. 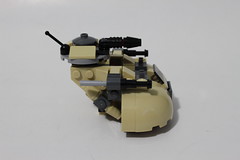 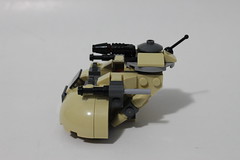 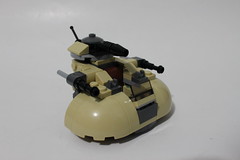 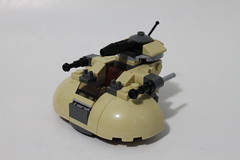 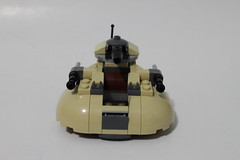 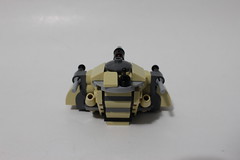 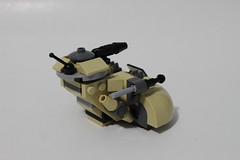 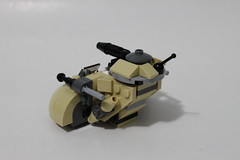 is an okay set that looks more cute than menacing. It does has a few rare and useful pieces if you decide to use the parts for your other builds. The minifigure is overused unless you’re building an army and the set to me is just okay but for some people, the set is great to incorporate into your MOCs especially for the Battle of Naboo scenes. 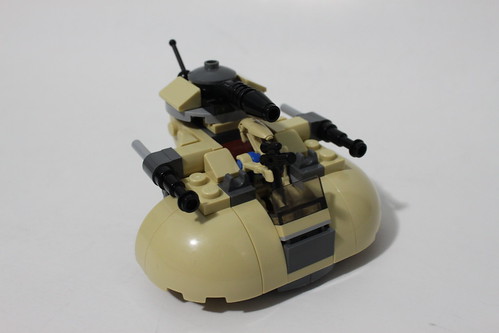