When the images of the new LEGO Star Wars Microfighters first came out last year for this current wave, I was a thousand times more excited for these set than the regular system sets. These Microfighters are miniature models, aka chibi-style, of their regular counterparts. These new sets have also replaced the Planets sets.

The first Microfighters set that we have for review is the Clone Turbo Tank (75028). The set has 96 pieces and retails for $9.99. The contents of the box includes a small instruction booklet, two unnumbered bags, and two loose 1×10 black Technic brick with holes. 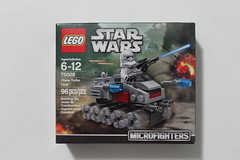 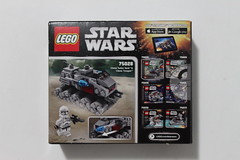 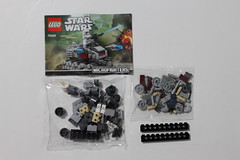 Here we have a Clone Trooper who drives the Turbo Tank. This trooper has a Phase II armor and is a new design for 2014. Nothing really too special about him. He also has a blaster as his accessory. 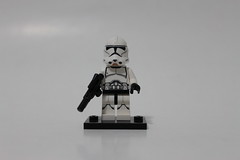 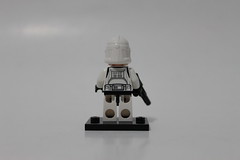 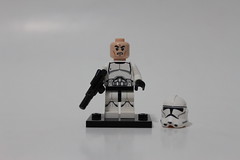 The Turbo Tank is a miniature version of the 2005 (7261) and the 2010 (8098) sets. For it being its size, it actually has some nice details to it. The front of the tank has a couple of binocular pieces as the laser cannons. Right above it is the cockpit for the Clone Trooper. On each side of the tank are a couple of flick-fire missiles. The back of the tank has an antenna piece for the rear cannon. The wheels are made up of round 2×2 bricks. 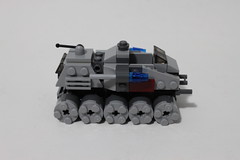 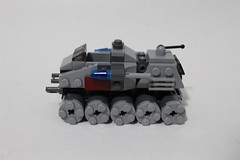 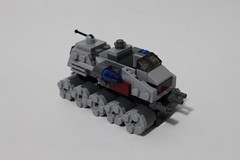 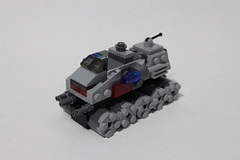 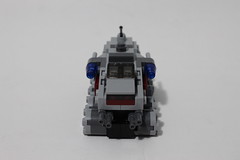 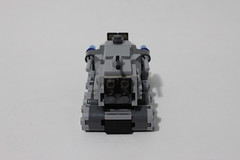 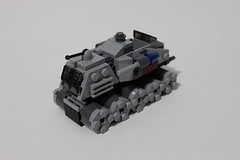 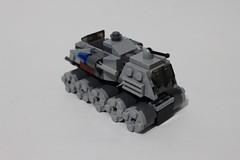 As the first Microfighters set of the series, the Clone Turbo Tank (75028)

is a decent start. I love the chibi style of the vehicle and it makes a nice display piece on your desk. Many builders may also like the set for their smaller MOCs. Overall, it’s a nice set at a good price point. 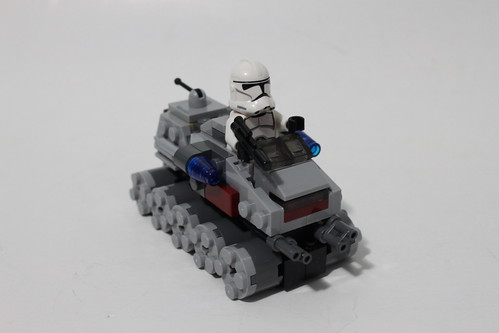