In our third review of the LEGO Star Wars Microfighters sets, we have the Millennium Falcon (75030). The set has 94 pieces and retails for $9.99. The contents of the box includes one instruction booklet and two unnumbered bags. 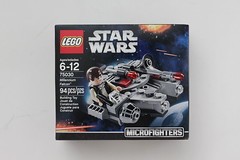 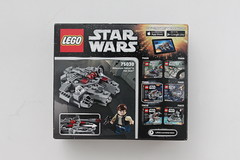 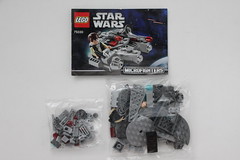 Han Solo has again been redesigned for 2014. This variant of Han has him wearing his beige shirt with his black vest over it. His pants are dark blue again but with a different printing for the belt. He has a double-sided head with a stern look on one side and a grin on the other. Han’s accessory is a small blaster. 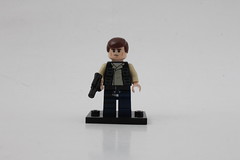 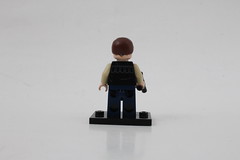 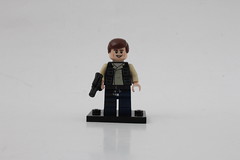 I was surprised at how much detail was put into this miniature version of the Millennium Falcon. Han sits on the right side of the ship above where the cockpit is located. On the top of the Falcon are a couple of flick-fire missiles and a satellite dish. The hyperdrive is made from some trans-blue round 1×1 bricks and 1×1 plates. Throughout the ship are some decorative pieces to give the ship more detail. 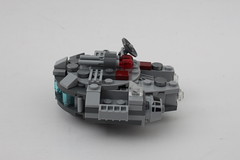 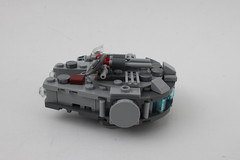 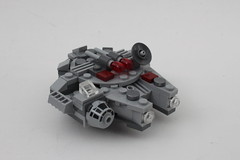 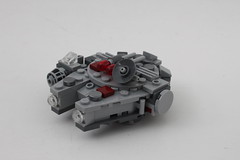 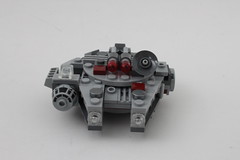 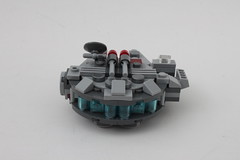 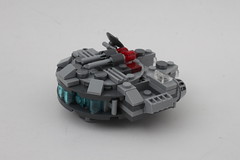 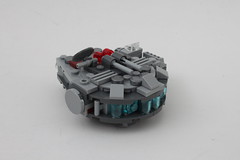 Overall, the Millennium Falcon is my favorite of all the Microfighters sets. One of the most iconic ships in the Star Wars Universe turned into a miniature version that you can display on your desk or MOCs is a great thing in my books. The design is great and it’s at a good price point. This is a nice pickup for any Star Wars fan in general. 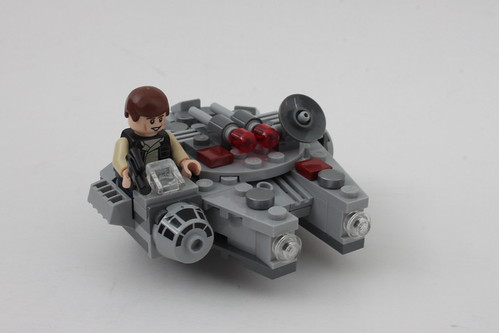