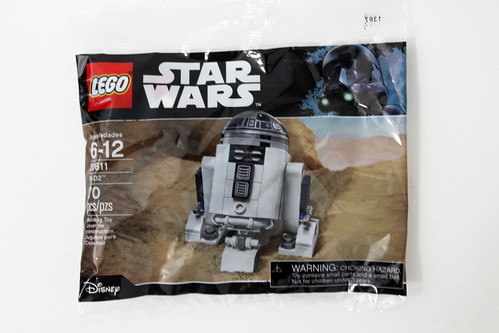 The annual LEGO Star Wars May the 4th promotional event starts in just a few hours and usually we get exclusive minifigures as part of the promo but this year, LEGO has decided to do something different. For this year, we get a brick-built R2-D2 (30611) polybag to celebrate the 40th anniversary of Star Wars. The polybag consists of 70 pieces and you can get it for free with purchases of $50 or more in LEGO Star Wars products. 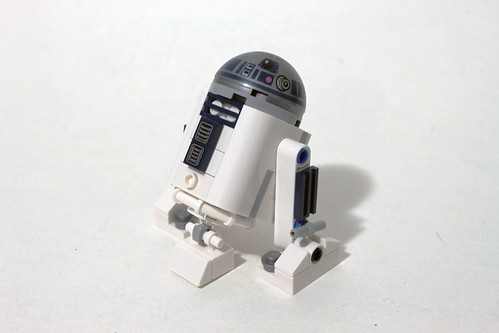 When the set was revealed to be this year’s promotional polybag, there were differentiating opinions on it. Some welcomed the change while others are somewhat disappointed that it’s not an exclusive minifigure since there are a ton of other characters that could be great minifigures.

R2-D2 is actually a pretty decent build with the body useing SNOT techniques to create the look. You actually build it upside-down before turning it back over to finish it up at the end. The head piece is exclusive to this polybag and there’s printing all around it. It is attached in the middle of the body with a Technic pin so it can actaully rotate around. Just a side note, the head is the same size as the R4-P17 Astromech droid head from the UCS Obi-Wan’s Jedi Starfighter (10215). 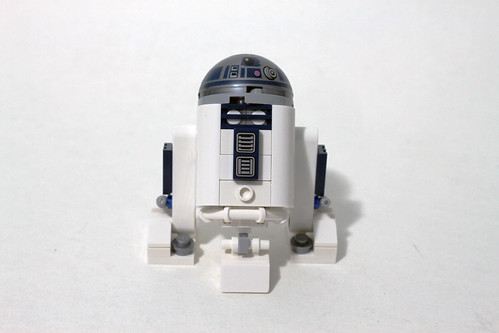 There is some articulation at the legs and feet using Technic pins as the main things to connect the legs to the body and the feet to the legs. There’s also the retractable central leg in the front to show R2-D2 in his travel mode. This is attached using the Technic liftarm piece to the round knob plate. This, however, makes him tilt more back than what I would have liked and makes him look weird. You can also remove it if you like to show him in a standing position. 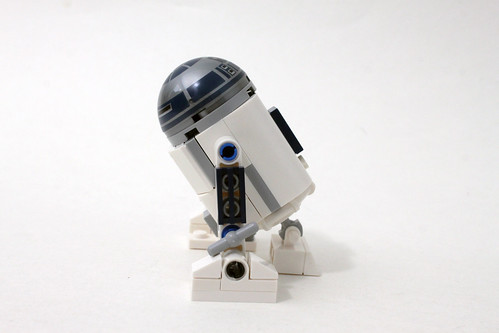 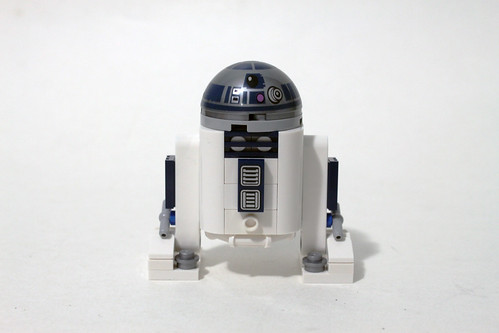 The dark blue tile panel piece in the front representing the acoustic signaller and system ventilation is also exclusive to the polybag. There’s also some dark blue grill pieces on the front and the side as well to give some more detailing. The back of the droid is pretty plain with only a 1×1 light gray tile at the bottom. 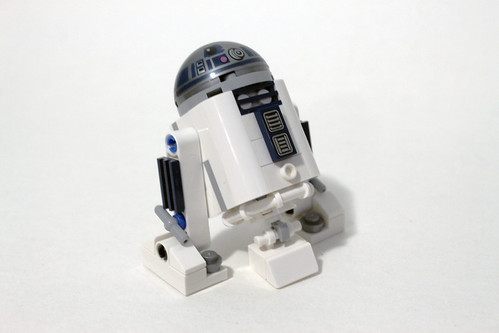 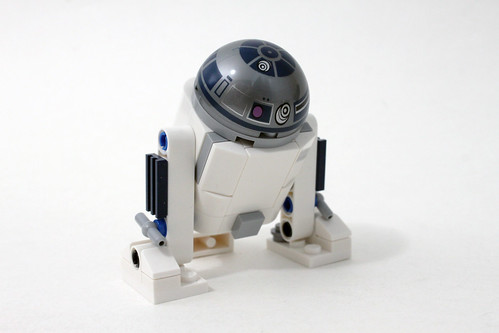 When I first saw this polybag, I thought it was very interesting as it strays from the usual minifigure-sized characters that we get for the LEGO May the 4th promotion. Given that 2017 is the 40th anniversary of Star Wars, R2-D2 isn’t too bad of a character choice. The model as a whole is a nice display piece as well as having some playability for those who make larger scale model displays.

As I mentioned before, there are also fans who don’t like this change because there are a plethora of characters that haven’t been introduced as LEGO minifigures before.

Again, you can get the LEGO Star Wars R2-D2 (30611) polybag starting in less than 24 hours for free with purchases of $50 or more in LEGO Star Wars products. Thank you to LEGO for sending an early copy of the polybag for review. 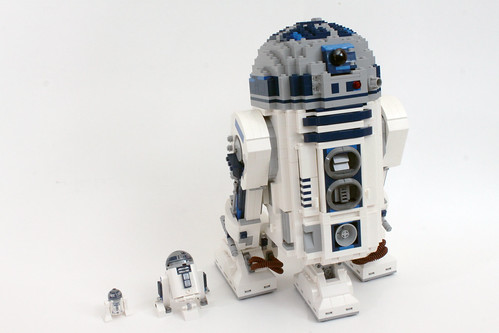