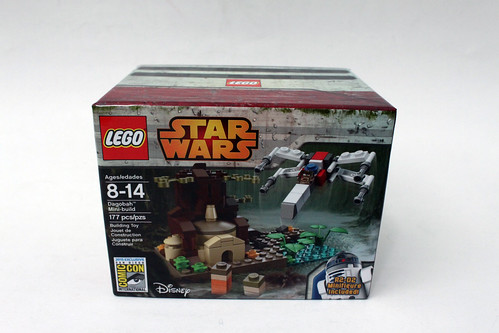 In probably my final coverage San Diego Comic Con 2015, minus the upcoming giveaway, I have the LEGO Star Wars Dagobah Mini-Build. It contains 177 pieces and retailed for $40 at the convention. The set is similar in style to the Tatooine Mini-Build from Star Wars Celebration 2015.

The box for the Dagobah Mini-Build is the same size as the other LEGO SDCC exclusives. I assume the artwork for it is from part of the X-Wing with shades gray and red on all sides of the box. The front of the box shows the iconic setting of Dagobah where Luke goes to find Yoda in The Empire Strikes Back. My particular box is numbered 0221/1500. 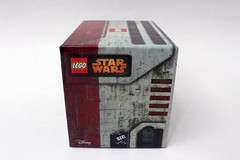 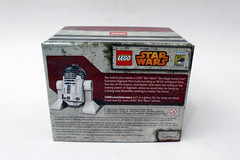 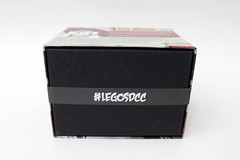 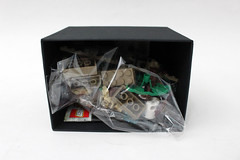 The only actual minifigure that is included with the Dagobah Mini-Build is R2-D2. This version of the astromech is only in two sets, the Jedi Interceptor (75038) 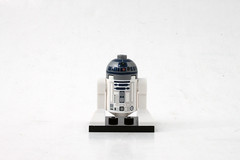 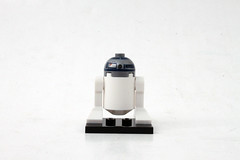 There are also two microbuilds of Luke Skywalker and Yoda made up of 1×1 plates. You can clearly make out who the characters are just by the colors of the 1×1 plates with Luke in the Rebel pilot orange and Yoda with the dark green head. 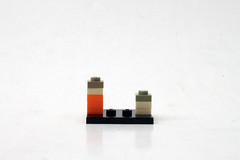 Unlike the other two exclusive sets for 2015, this set is not 12×12 in size but 8×16. On the left side, you have Yoda’s hut surrounded by plants and trees. Although this is a mini-build, the hut does have the characteristics of the one in the movie. 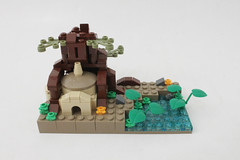 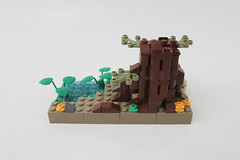 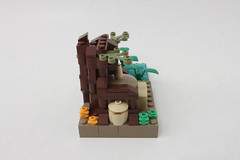 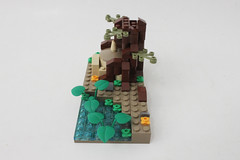 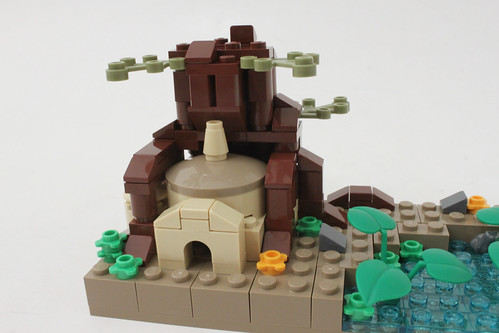 On the other side of the vignette, you have the swamp which looks more like a nice quiet pond with the trans-blue plates. Perhaps trans-clear plates or trans-black plates would be more suitable for a swamp since the baseplate is dark tan already. 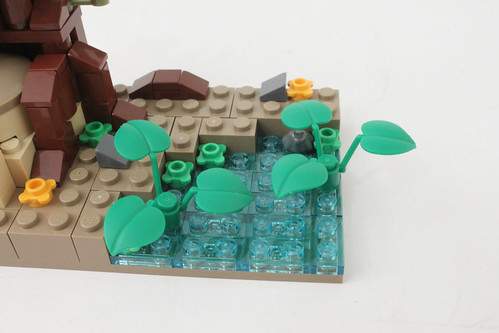 Finally for the X-Wing mini-build, it’s pretty much the same build as the one from the May the 4th event at Toys R Us. 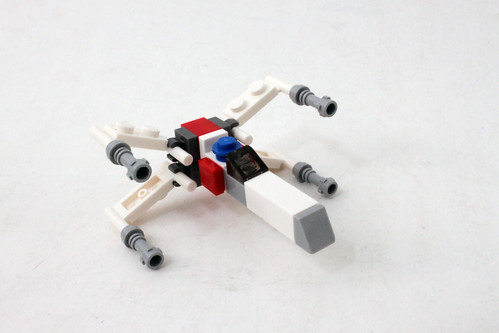 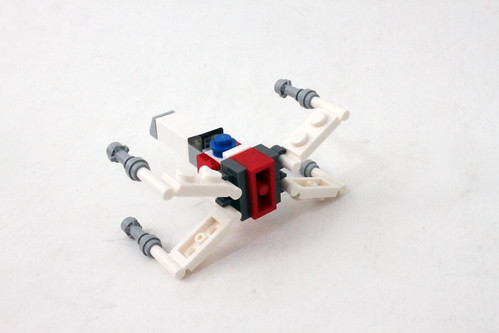 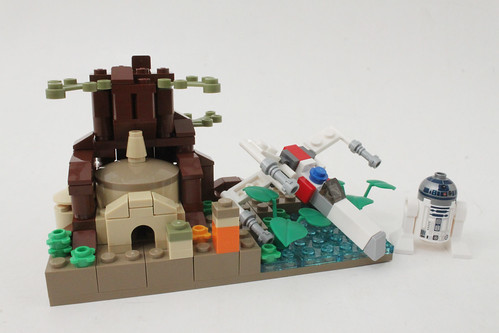 Overall, the SDCC 2015 LEGO Star Wars Dagobah Mini-Build is probably my least favorite out of the three exclusives sold. Although it does capture the scene fairly well, it isn’t worth close to $40 and the secondary market

is reflecting that with prices rapidly dropping for it as opposed to a few weeks ago when they first showed up online. For LEGO Star Wars collectors, you’ll probably want to pick it up anyways but for the general collector, that’s up to you if it’s worth it. If you want to build the set from your existing collecting or BrickLinking the parts, I’ve provided the instructions for you to check out. 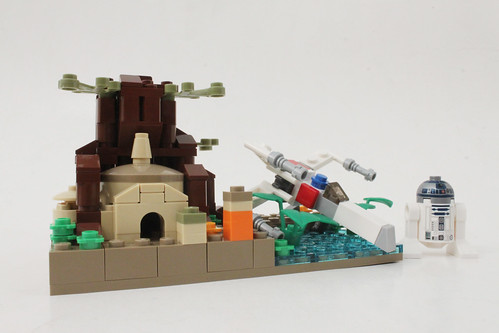