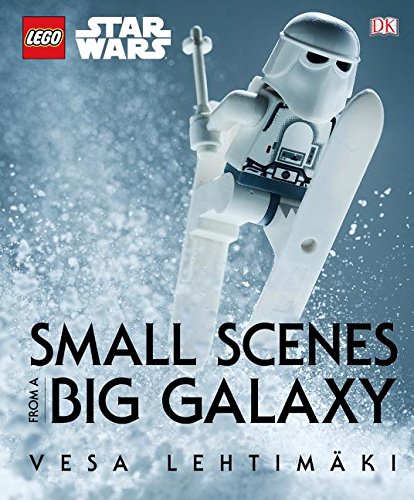 Back in March, I reported on a few upcoming LEGO DK books that will be released late this year. One of these books by Finnish LEGO photographer Vesa Lehtimäki, aka Avanaut, was tentatively called LEGO Star Wars: Through a Lens but the finalized title of the book is called LEGO Star Wars: Small Scenes from a Big Galaxy

If you’re into LEGO photography, you’ve probably heard of Avanaut’s work as it has also been used in the LEGO The Hobbit set promotions. I think LEGO Star Wars Small Scenes from a Big Galaxy will make a very nice coffee table book as it can show off what a person with a camera and LEGO can do with some imagination. Obviously, Avanaut is just a one person in the popular LEGO photography community and this book may be a stepping stone to introduce more people into the hobby.

LEGO Star Wars Small Scenes from a Big Galaxy is a breathtaking new look at a timeless icon that allows fans to see their favorite minifigures from the classic saga in an exciting new way.