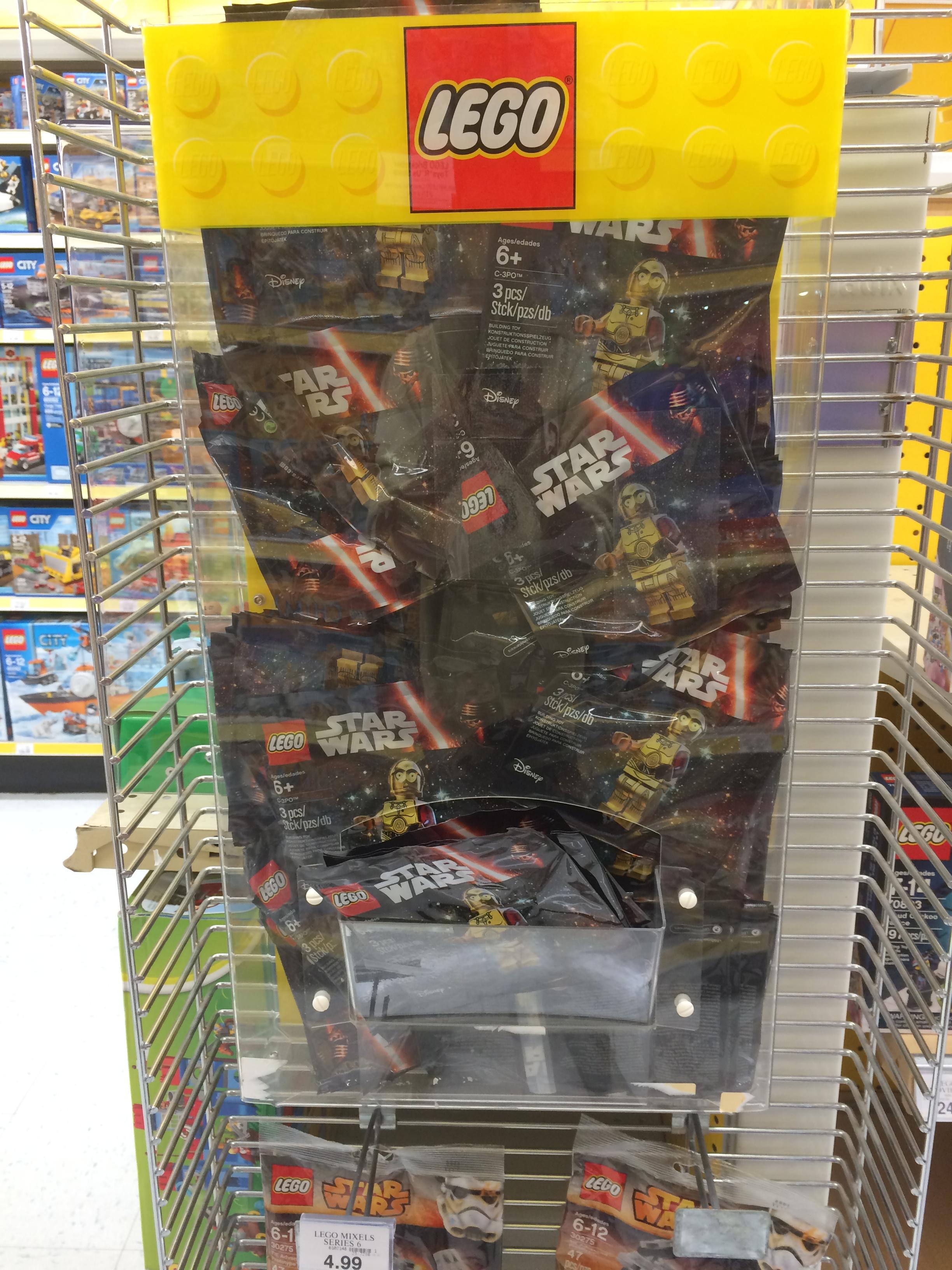 If you have a Toys R Us nearby, you may want to check it because the new LEGO Star Wars: The Force Awakens C-3PO (5002948) minifigure polybag is now on the sales floor. Apparently, they’re selling for $3.99 each but I’ve heard that it was part of a promotion either in November or December. Like with other minifigure polybags, you might need a manager to override the hold as they’re supposed to be part of a future promotion. The item number 169326. Good luck on your search.