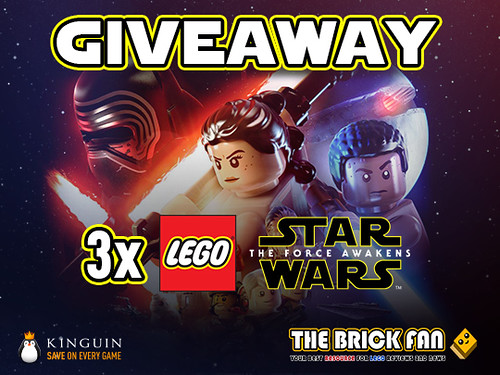 The LEGO Star Wars: The Force Awakens Video Game was just recently released and we here at The Brick Fan have partnered up with Kinguin to do a giveaway for the game. Actually this is for three copies of the PC version of the game so if you want to get in on the action, head on over to Kinguin to enter.

The giveaway will run until July 10 and the winner will be announced on July 11. Kinguin will be suppling the codes so you’ll have to contact them at [email protected] to claim your prize.

Good luck to everyone that enters and May the Force Be With You!