Back in 2009, DK Books released the LEGO Star Wars: The Visual Dictionary

by Simon Beecroft. The book comprised of images and facts of LEGO Star Wars sets up to that point. It’s been five years since that book has been published and many more sets have been released since then. This year marks the 15th Anniversary of the LEGO Star Wars theme and what a better time to release a new edition of the book aptly called the LEGO Star Wars: The Visual Dictionary: Updated and Expanded

. The book retails for $21.99 and contains 144 pages. Simon Beecroft returns as the author of the Visual Dictionary and Jason Fry joins as the co-author. 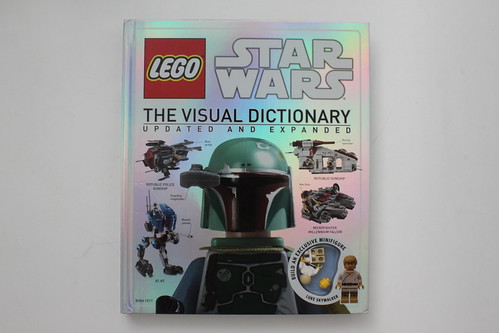 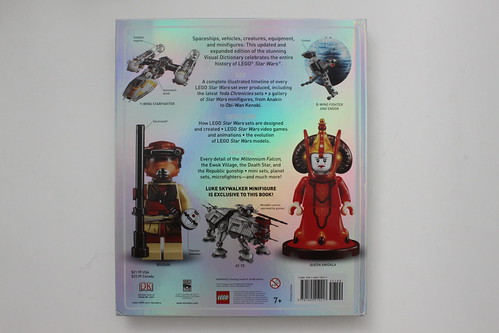 Like all other LEGO DK reference-type books, the Visual Dictionary is hardcover and has a holographic shine on the front and back of the book. It now features the iconic bounty hunter, Boba Fett, who replaces Darth Vader who graced the cover in the previous book. The lower right-hand corner has a window that shows the exclusive minifigure of the book, Luke Skywalker.

To commemorate the 15th Anniversary of the LEGO Star Wars theme, DK went back to its roots and has included the yellow skinned Luke Skywalker minifigure. This version of Luke pays homage to the one that was in the Landspeeder from back in 1999. Although there are similarities between the two, this new Luke has updated printing on the torso and legs. The back also has printing which the original version did not have. There’s been a mixed reaction on the choice of minifigure that was included in the book but I, for one, appreciate the old school nod. 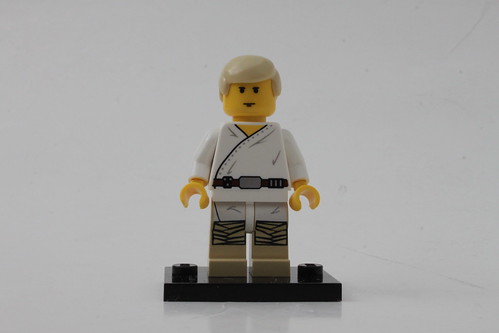 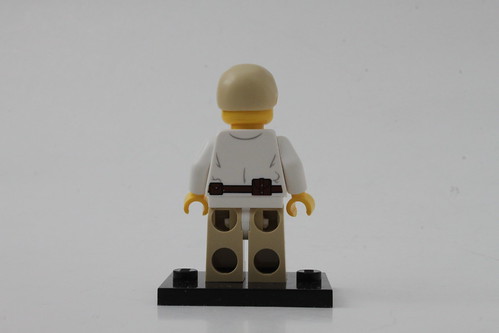 The book is seperated into four chapters: the Prequel Trilogy & Clone Wars, the Original Trilogy & Expanded Universe, the Specialist Sets, and a chapter dedicated to Beyond the Brick of the LEGO Star Wars theme. Before the first chapter, there is a pretty cool timeline where it shows all of the LEGO Star Wars sets through the years and is nicely split into their respective movies and genres.

Like with all the LEGO DK books, you know that you’ll be getting some amazing images once you open the book. You will also be getting in-depth details of the characters and vehicles which also includes a “Data Box” that has the set name, year, number, piece count, and the source that inspired the model. If you look closely at what sets are being written about throughout the book, you’ll notice that the sets are listed as you progress through the movies Episode I-VI. 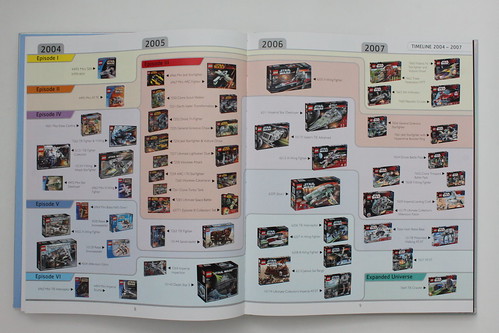 As mentioned before, the first chapter is dedicated to the prequel movies and the Clone Wars sets. This chapter is separated to sections that highlight Star Wars characters like the Jedi Order, Sith Followers, and Clone Troopers. The chapter also shows the many ships that were seen in the prequels and the animated series. 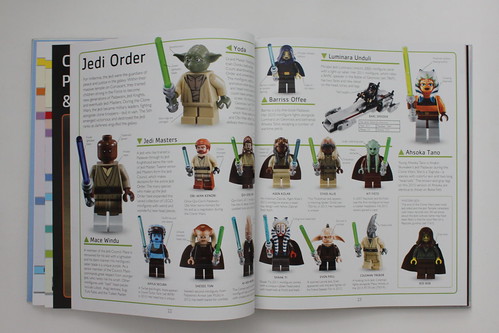 The second chapter focuses on the original trilogy sets which, in my opinion, has some of the coolest starships in the Star Wars theme although a majority of them I didn’t have a chance to collect. At the end of the chapter, you’ll also see the expanded universe sets such as the ones seen in The Old Republic video games and The Yoda Chronicles. 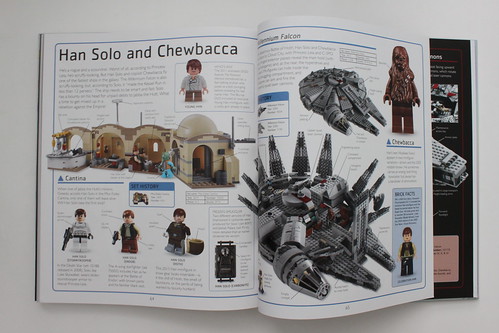 Although the whole book is pretty cool, the third chapter has some of the coolest stuff because it puts the spotlight on Specialist Sets such as the retired Planet sets and their replacement, the new Microfighters. You can also see all the Mini Set polybags which I did not know there were so many of. There was also a LEGO Technic Star Wars line that wasn’t as popular and featured various characters as Technic models. Of course there are the Seasonal sets which are the Advent Calendars that we’ve been reviewing for the past three years. Finally the chapter shows the most intereting sets, the Ultimate Collector Series sets. Some of the UCS sets are already listed in the previous chapters so they aren’t in this section. 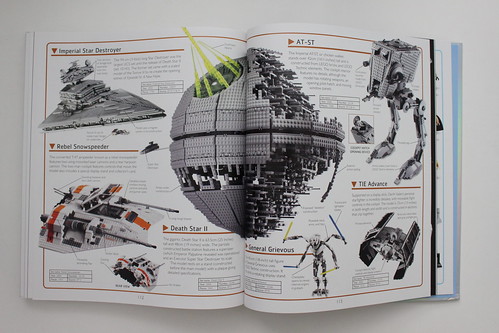 The final chapter in the book goes beyond the brick and you can meet the design team behind the LEGO Star Wars theme. It gives details on how a couple of the members of the team design the sets and minifigures. After that featurette, there are a couple of pages dedicated to the merchandising aspect of LEGO Star Wars. Products such as watches, key chains, and magnets may sometimes be overlooked while compared to the sets but they still play a big part in the LEGO Star Wars product line. Next up are the promtional items that can be obtained through various means like at Comic Cons and Toy Fairs.

This chapter also highlights some amazing MOCs created by some talented AFOLs. With the popularity of the LEGO Star Wars theme, it has also spawned video games and animated TV specials. Finally in the book, you get a 12-page Minifigure Gallery which shows all of the LEGO Star Wars minifigures that have been released over the 15 years the theme has been going and it also includes the new minifigures from the 2014 summer sets such as the new Greedo and Bith minifigures from the upcoming Mos Eisley Cantina (75052) set. 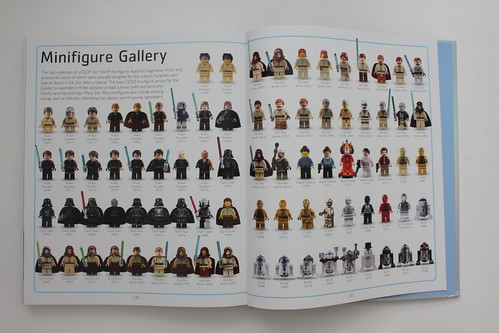 After seeing what the updated and expanded LEGO Star Wars: The Visual Dictionary includes, would I suggest you picking up this book even if you have the the original one from a few years ago? Definately! There are an additional 48 pages filled with facts about sets that have been released in the last couple of years plus you get all the awesome images that DK is known for. Simon Beecroft and Jason Fry, whom I had the pleasure of meeting at Philly Brick Fest, has done a fantastic job on the book and it keeps you immersed on the little details that we never think of when building the sets. It is now available for purchase on Amazon

as well as on Barnes & Noble