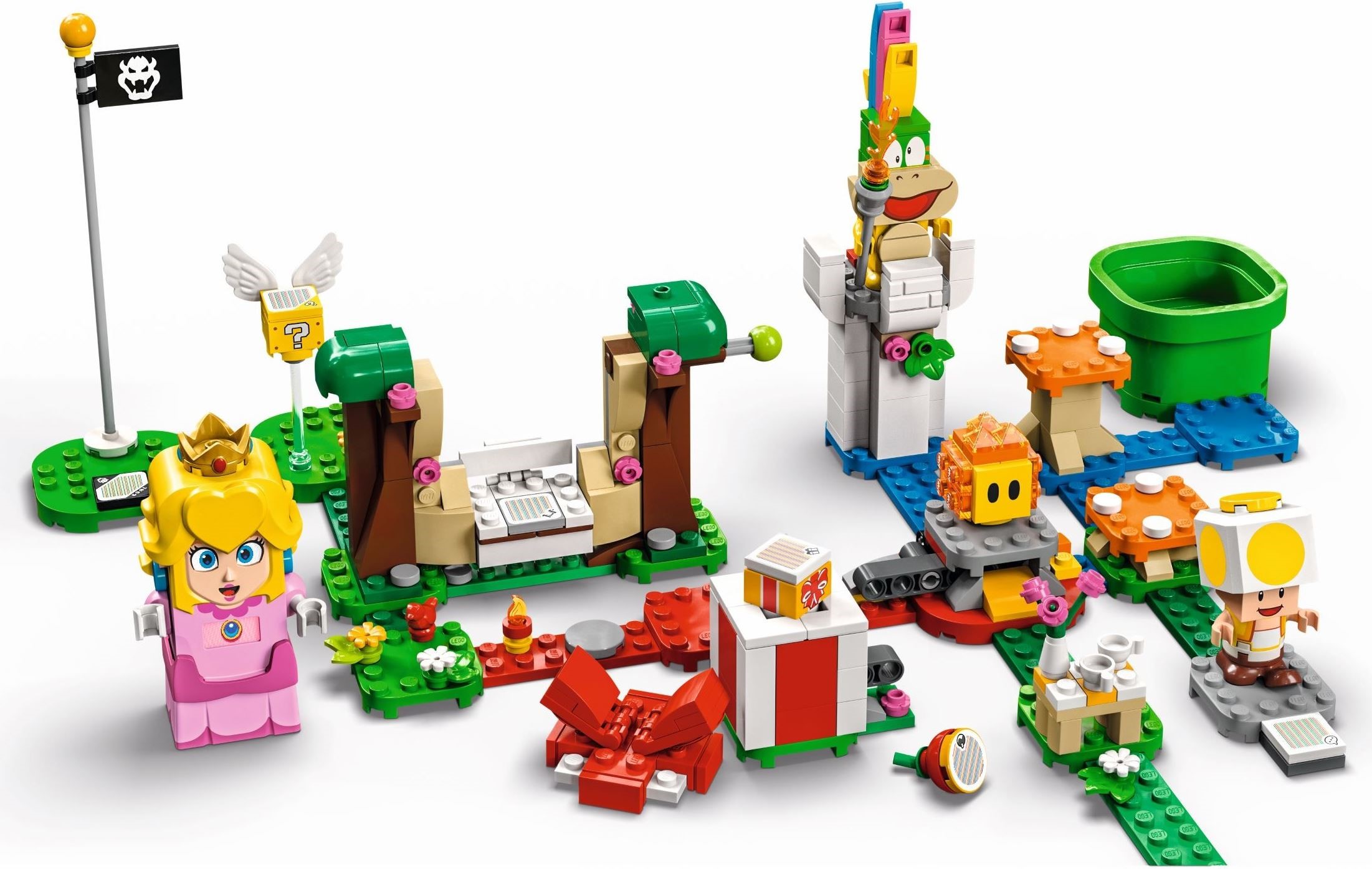 LEGO has officially revealed the 2022 wave of LEGO Super Mario sets for MAR10 Day. All of the sets will be available on August 1 and this wave will include the Princess Peach Starter Course where we finally get Peach as a figure. 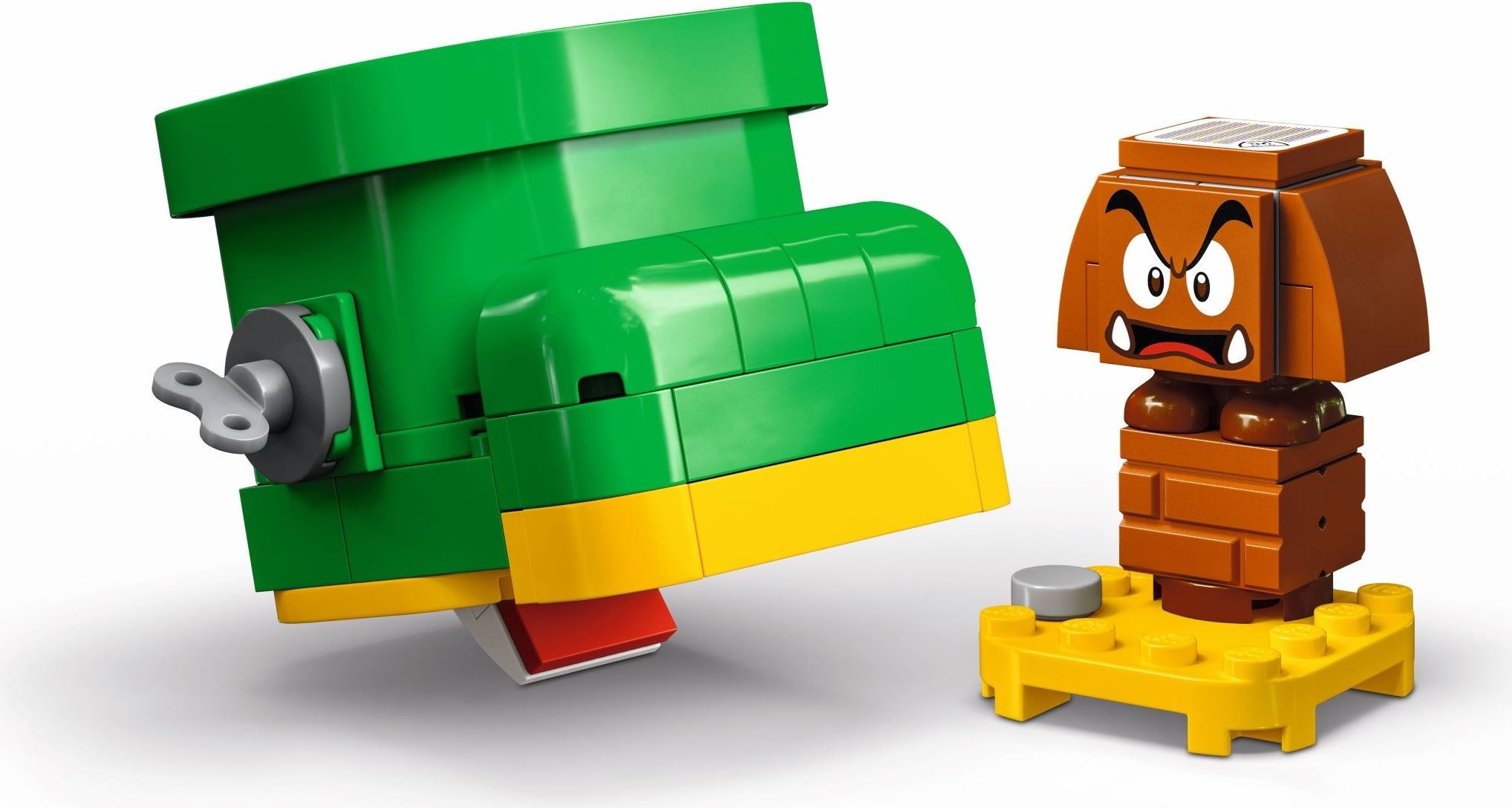 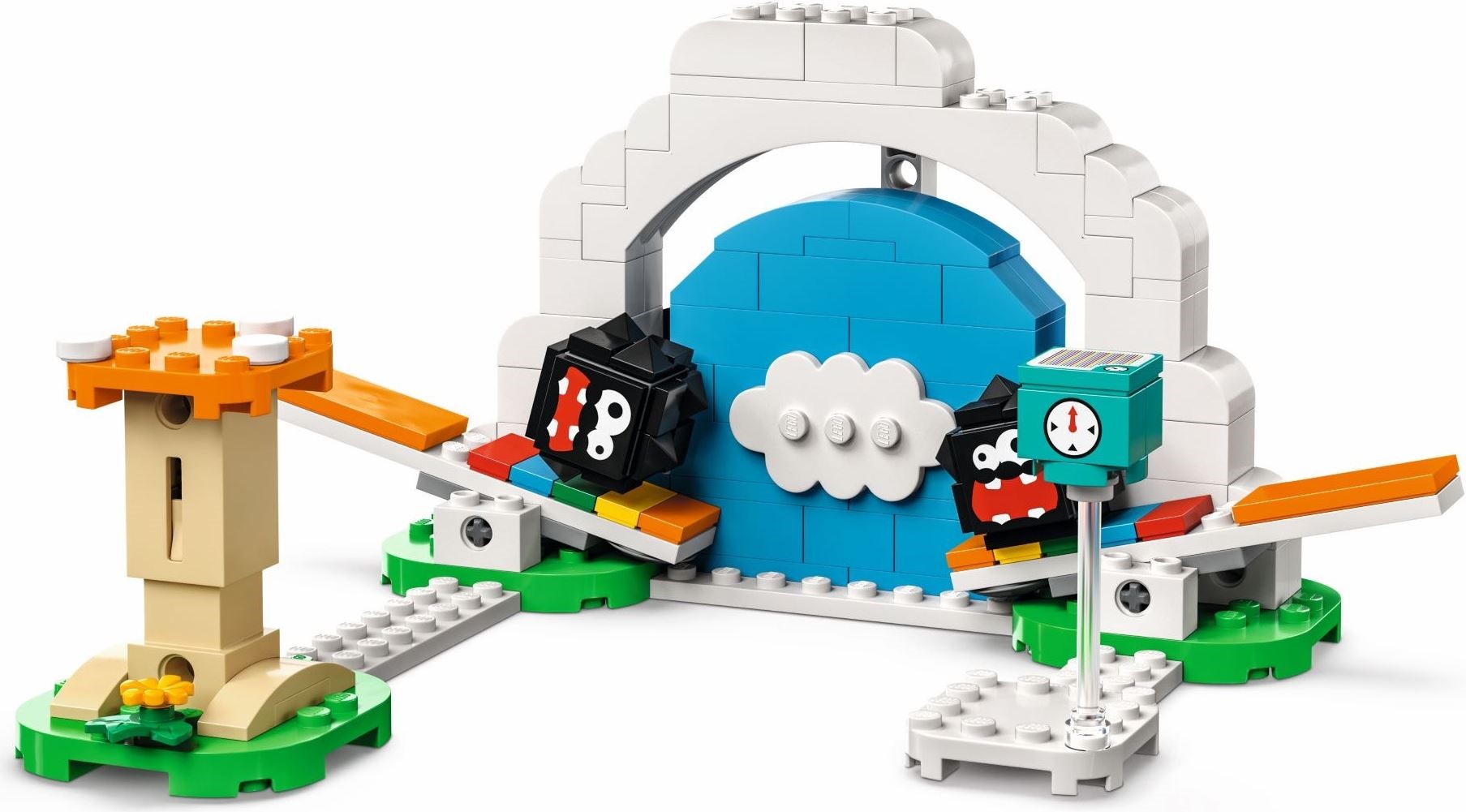 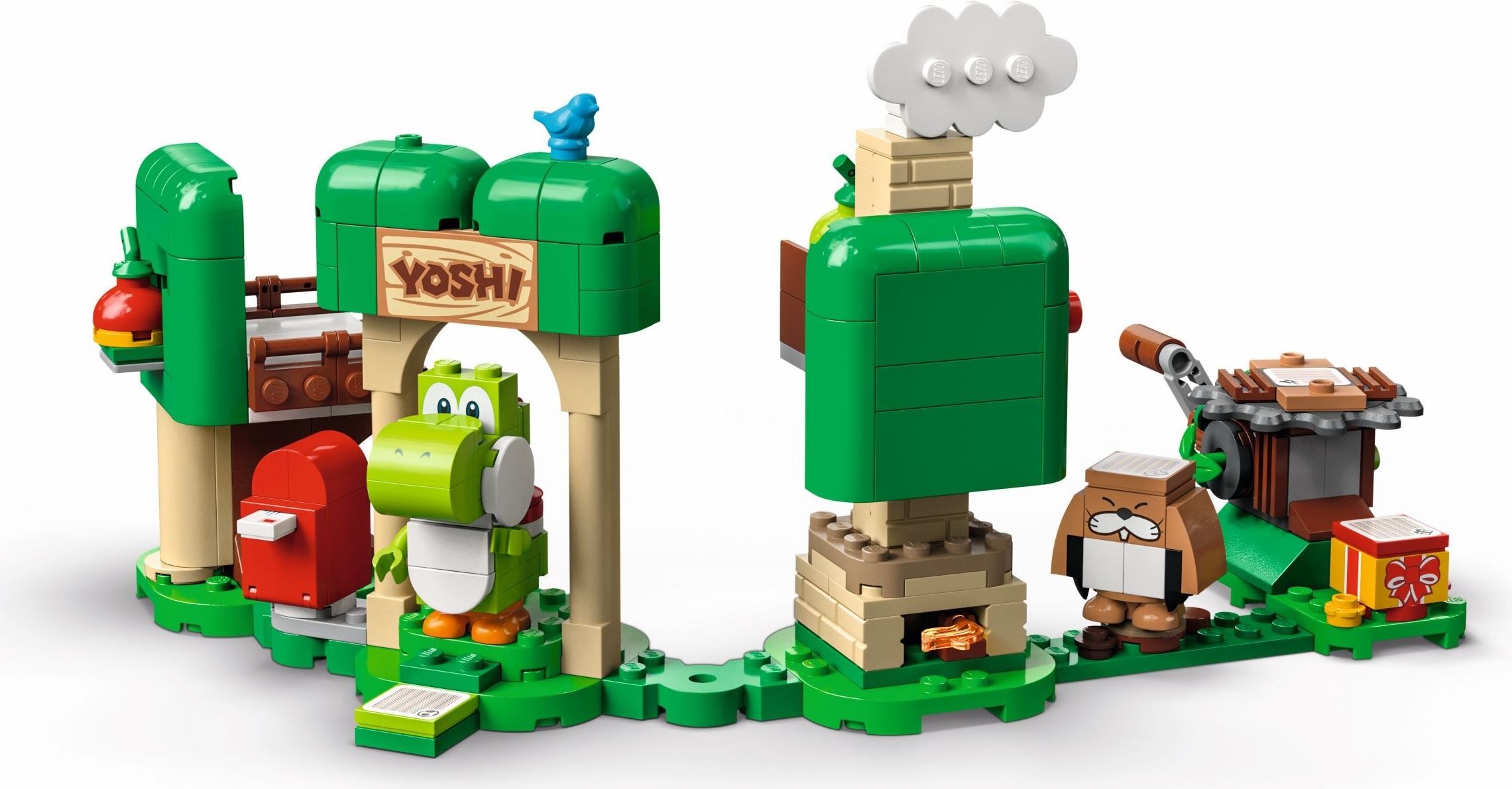 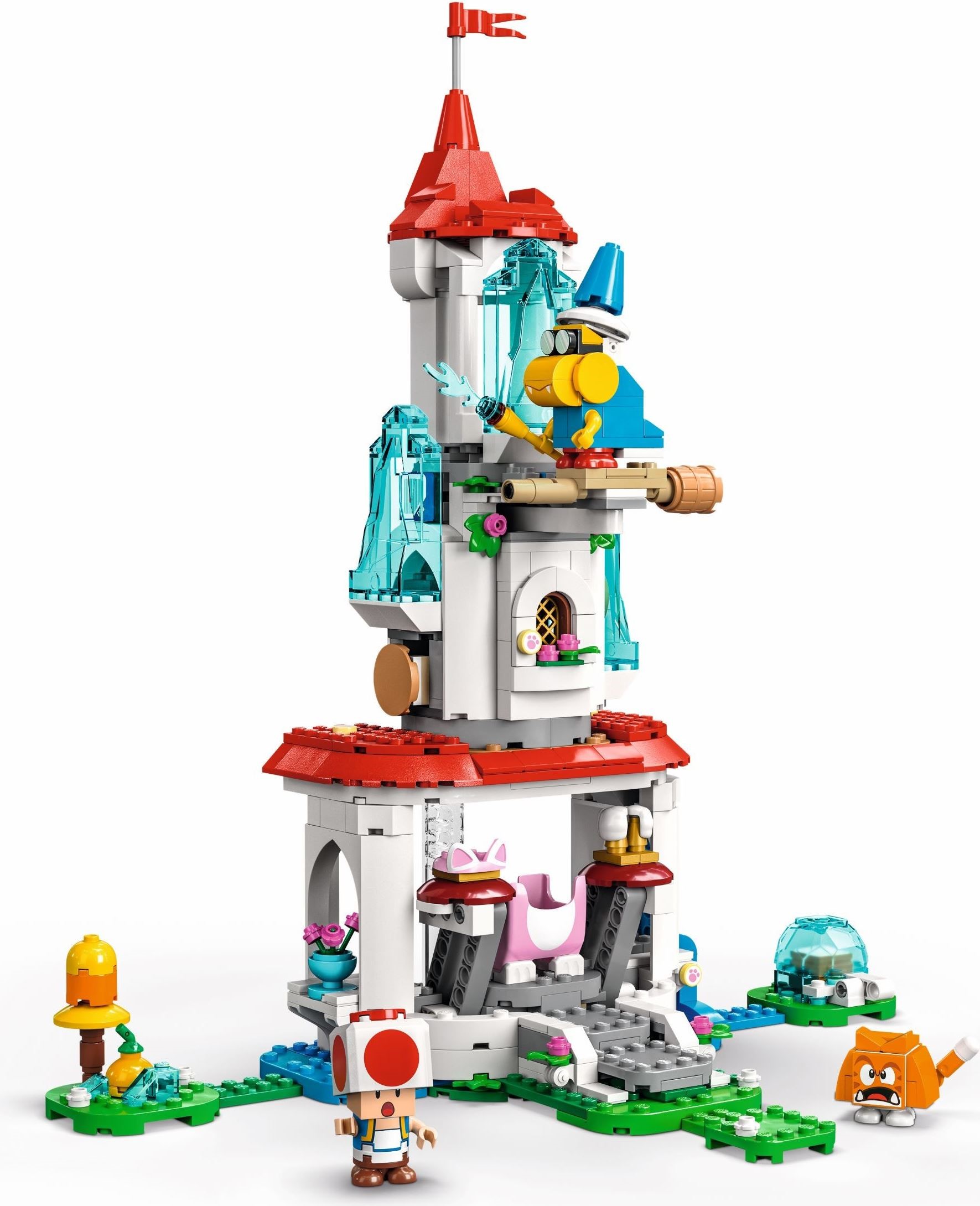 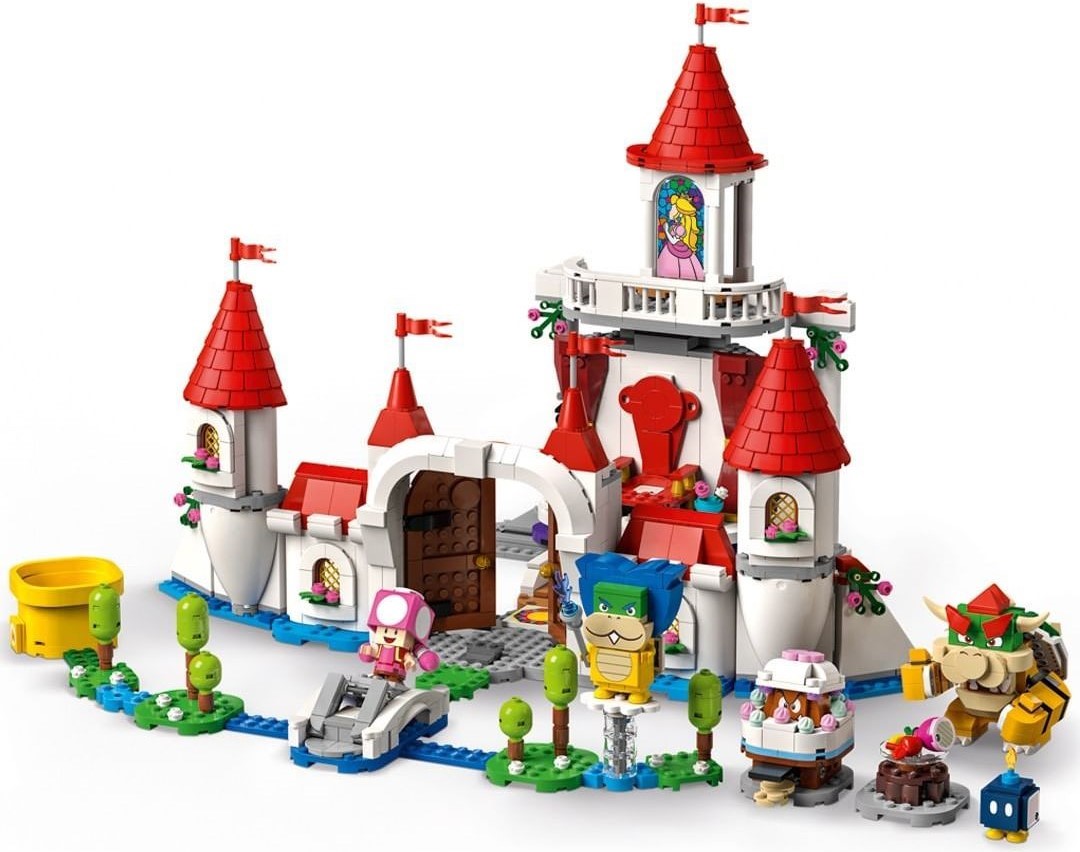 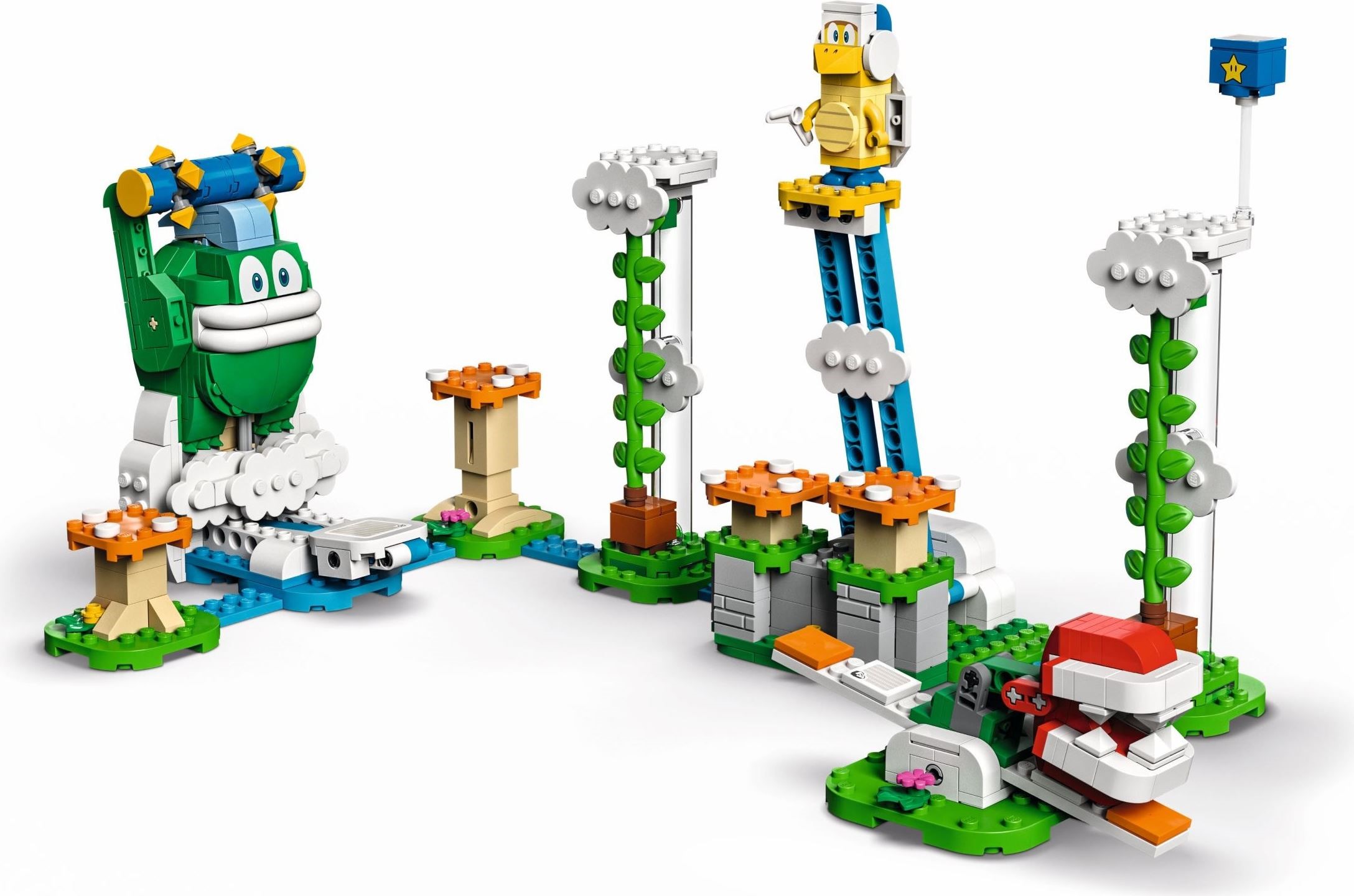 Billund, March 10 2022: The LEGO Group announced that LEGO® Peach™ will be entering the universe of LEGO® Super Mario™, a product line developed together with Nintendo. LEGO Peach joins LEGO® Mario™ and LEGO® Luigi™ for fans to continue to build out their very own LEGO Super Mario adventures. Players will now be able to power up their adventure with even more fun options with the iconic princess when the LEGO Super Mario Adventures with Peach Starter Course becomes available from August 1st 2022.

LEGO Peach brings her recognizable voice and sound effects to the LEGO Super Mario Universe. All three interactive figures will now be available in separate Starter Courses – or entry points into the world of LEGO Super Mario. With the Adventures with Peach Starter Course, fans can earn digital coins and discover various reactions by helping the princess ride the swing set and open gifts, while defeating enemies like Lemmy and a Lava Bubble, or befriending a Yellow Toad. The interactive LEGO Peach, LEGO Mario and LEGO Luigi figures are able to connect with one another via Bluetooth (two at a time), where players can greet each other, celebrate, and team up to defeat enemies – earning bonus digital coins by working together. Dual-player action earns more coins, making it even more fun to play together with others. With the August release, the interactive figures will also be able to trigger positive reactions by eating fruits found across the new sets or gifting fruits to other characters – that’s sure to add even more fun to the adventures in the LEGO Super Mario universe.

In addition to officially announcing the Peach Starter Course, the LEGO Group is also launching the highly anticipated LEGO Super Mario Peach’s Castle Expansion Set. The castle boasts a range of fun challenges, including knocking Ludwig off the cloud, fixing the broken bridge and greeting Toadette. It even features a buildable throne room that can spin around to reveal Bowser! There are other fun surprises to discover in the castle like a Bob-omb painting with a secret Action Tag and a cake with a Goomba hiding inside.
product image of starter course

“Peach is such a fan favourite that we knew we had to add her and the iconic castle to our LEGO Super Mario world,” said Simon Kent, Creative Lead, the LEGO Group. “Over the past two years, we’ve focused on helping fans get as creative as possible with their favourite characters, which is why we’ve been gradually building out the universe with more Expansion Sets, Character Packs and Power-Up Packs. Last year, we added a Luigi Starter Course to bring two-player action to life, and now we’re ecstatic that we can further build on the social element of play, by bringing LEGO Peach into the action too. Ready for the spotlight, LEGO Peach will play an important role in joining the famous brothers on their journey to defeat their enemies and earn as many coins as possible in the process, too.”

The highly requested interactive LEGO Super Mario Adventures with Peach Starter Course and Peach’s Castle Expansion Set are the latest extension of the extremely popular LEGO Super Mario product line, which launched in 2020. As a result of a unique partnership between Nintendo and the LEGO Group, the product line now boasts the three Starter Courses, 17 Expansion Sets, a host of Power-Up Packs and Character Packs, as well as two adult sets.

All sets and packs offer fans limitless ways to expand, rebuild, customise and create their own action-packed challenges. There’s tons of creative fun to be had through this highly interactive experience, giving fans of both Super Mario and LEGO play an entirely new way to interact with their favourite characters in brick-built form. Fans can find building instructions for all sets and packs on the LEGO Super Mario app.

All of the brand-new sets will be available from August 1st 2022 on www.lego.com/supermario and from select leading retailers around the world. The recommended retail price for the Adventures with Peach Starter Course is 59.99 EUR/USD.