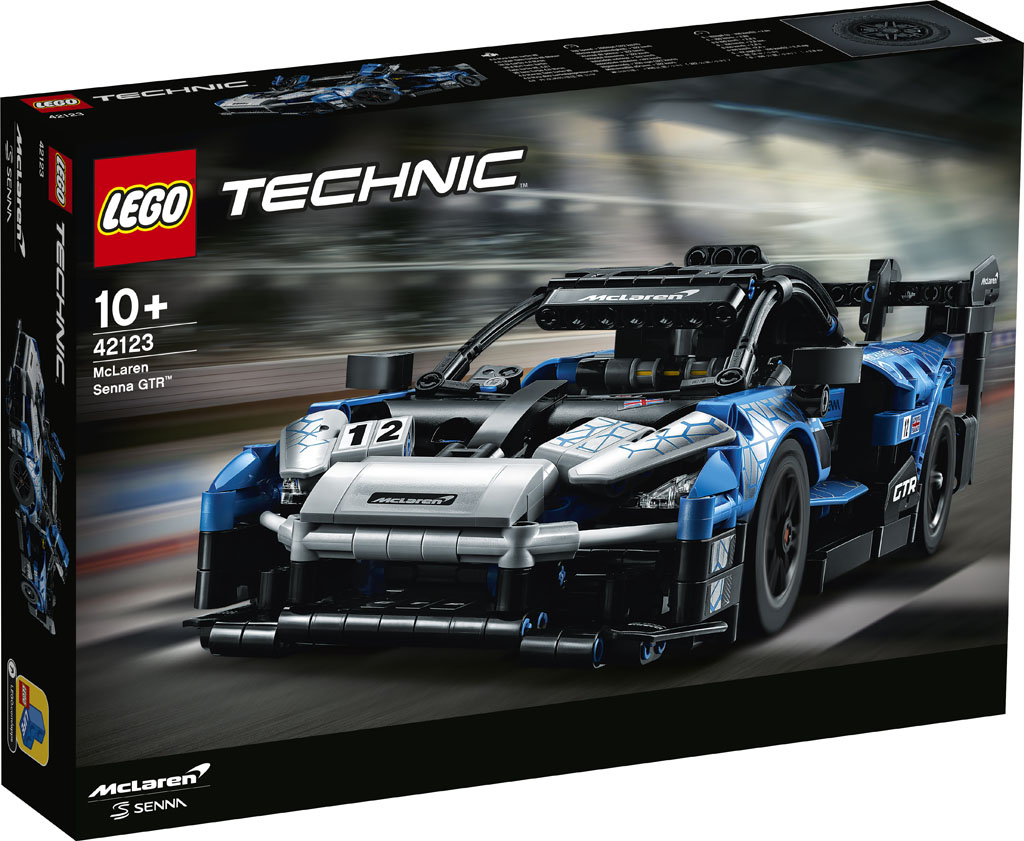 LEGO has officially announced a brand new LEGO Technic set with the McLaren Senna GTR (42123). The set has 830 pieces and will retail for $49.99 which is a great deal considering it is a licensed Technic set. It’ll be available everywhere starting on January 1.

Today, an exciting new addition sped onto the track and supercar scene.Extreme to the core like its iconic real-life counterpart, the new LEGO® Technic™ McLaren Senna GTR provides the ultimate thrill for sportscar lovers and motorsport fans alike looking for their next building challenge. 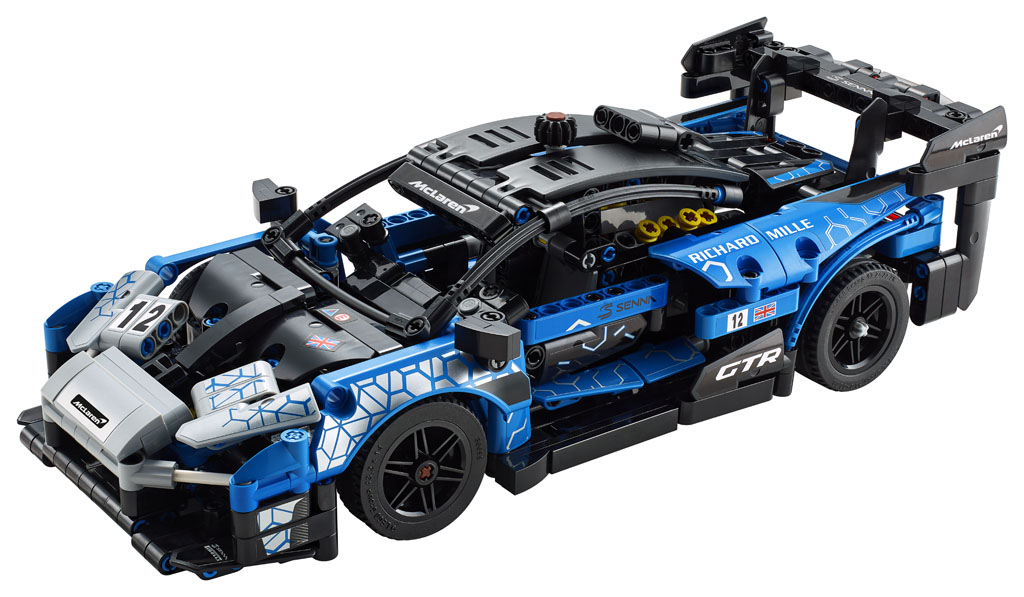 Combining the McLaren’s unrivalled power and sophistication with the LEGO Group’s design precision, the 830-piece model of this track focused supercar icon makes no compromises when it comes to engineering or style. The model is the first McLaren supercar to be recreated in LEGO Technic form and is designed to provide the ultimate building thrill for those ages 10 and above.

The McLaren Senna GTR is a car unlike any other and this awesome replica is packed with authentic features and design details that make it equally impressive. 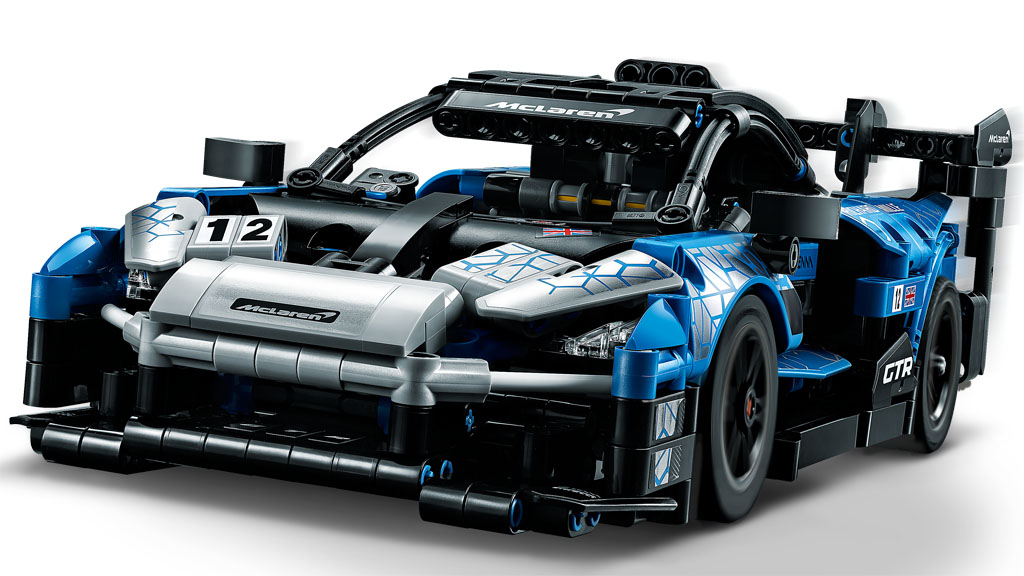 From the V8 engine with moving pistons, beautiful aerodynamic curves, opening dihedral doors and a one-of-a-kind blue paint job,this 32cm (12 inch)long model is sure to raise eyebrows and get hearts pumping whether being taken out for a spin or put admiringly on display once built. 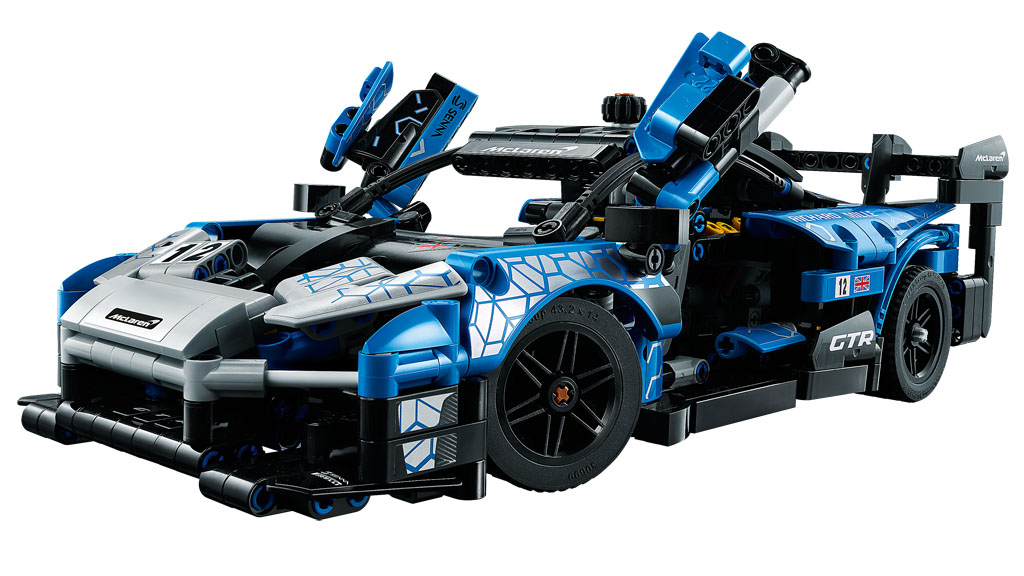 “Recreating a car that is so extreme to the core as the McLaren Senna GTR with LEGO Technic gave us an incredibly interesting challenge” says Uwe Wabra, Senior Designer, LEGO Technic. “This track car is not like any road car I’ve worked on before. It’s got some unique details, like its silhouettes and the awesome rear spoiler, which differentiates the building experience from others. Just like the incredible engineers at McLaren do when designing their supercars, we really pushed things to the max so the resulting model perfectly honours the art form that is the McLaren Senna GTR.” 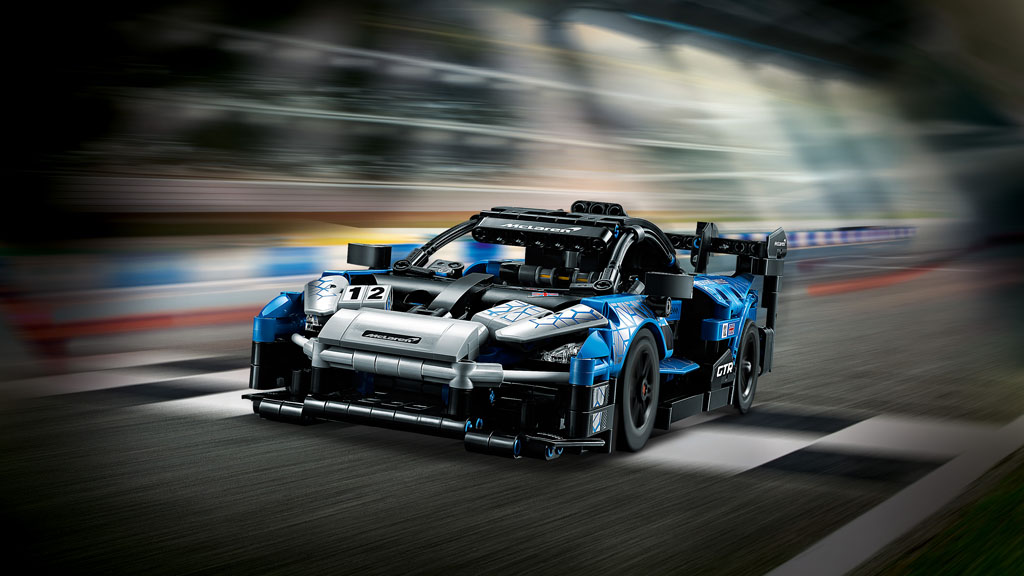 Robert Melville, Design Director McLaren Automotive, comments: “The team responsible for the design of the McLaren Senna GTR worked incredibly closely with their design counterparts at the LEGO Group to capture the extreme looks, excitement and essence of such an incredible supercar for LEGO Technic builders. Just like the real thing, the LEGO model is packed full of incredible details from the rear spoiler to the moving pistons in the V8 engine to the dihedral doors meaning that we’re as proud of the model as we are of the real car.” 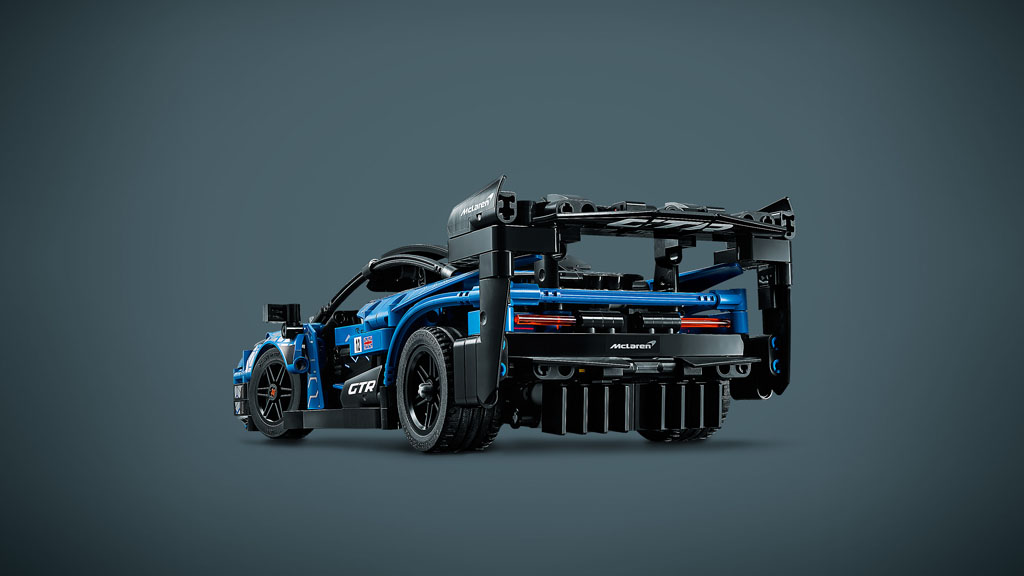 The LEGO Technic McLaren Senna GTR is the latest model to be released as part of the long-standing partnership with McLaren Automotive that started in 2015, following McLaren Senna LEGO® Speed Champions set launched in 2019. LEGO builders of all ages have so far been able to create such iconic supercars as the McLaren P1™, the 720S in 2017 and the McLaren Senna in 2019.The two brands are united by a drive for engineering excellence, pioneering design that makes models like this so fun to build individually or as a family. 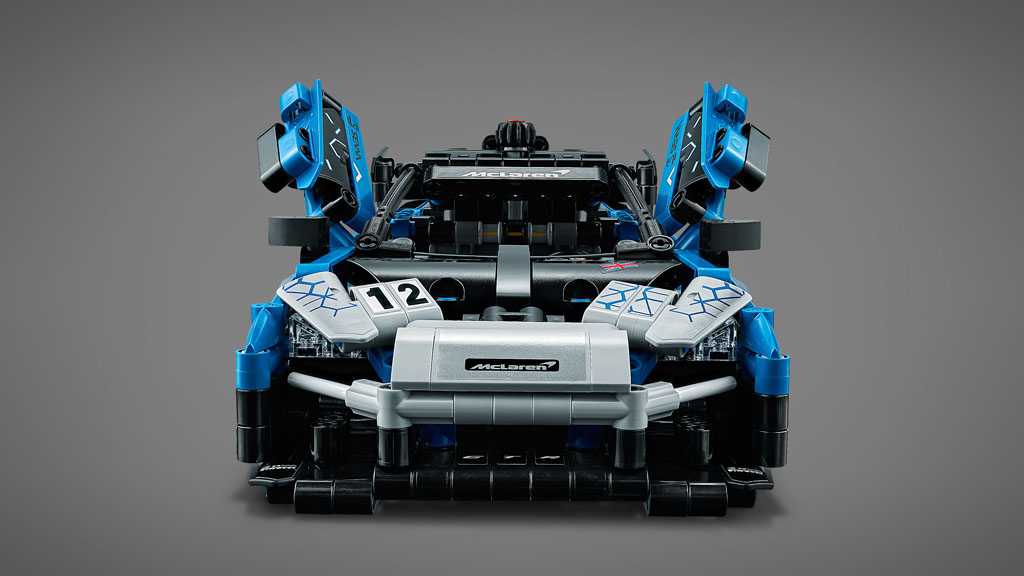