When we first heard that LEGO might be releasing sets based on the Teenage Mutant Ninja Turtles cartoon, we immediately got very excited. Today, LEGO has released all the sets in the line and here we have the Kraang Lab Escape (79100) for our first TMNT review. The set contains 90 pieces and retails for $12.99, which comes out to a whopping $0.14/piece. The box has two un-numbered bags and one small instruction booklet. 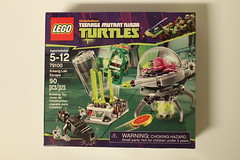 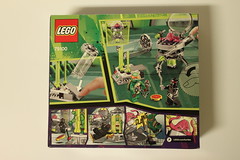 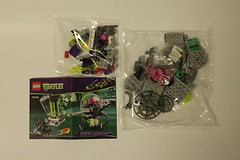 There are three minifigures in the Kraang Lab Escape, Michelangelo, a Foot Soldier, and of course, Kraang. Michelangelo’s head is made from a brand new mold specifically for each of the Ninja Turtles. He has a painted on orange headband and has a wide smile. Michelangelo has printing on both sides of the torso. He also has a new removable turtle shell mold that’s exclusive to this line. The weapon of choice for him is the nunchaku. There’s also a pizza for his other accessory. 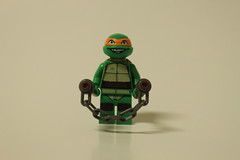 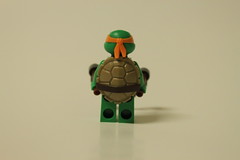 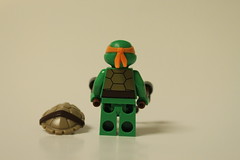 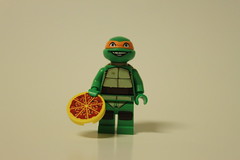 The next minifigure in the set is the Foot Soldier. He’s wearing all black with torso printing on both sides. On his headpiece, he has a red bandana/headband with some “mesh bug eyes” to see through. The weapon of choice for the Foot Soldier is the flail. 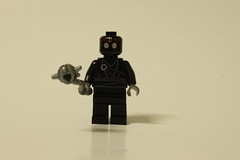 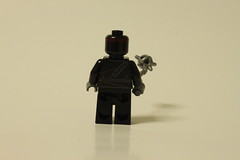 The last minifigure in the set is the Kraang. The best way to describe it is it’s a large brain with tentacles. One interesting detail of it is that there’s a pink minifigure head to put under it so it can sit in it’s mech walker. 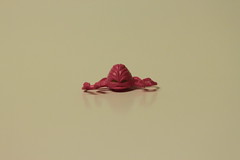 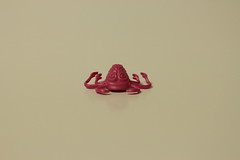 There are two parts to the build, the Kraang’s mech walker and the laser-shield prison. There’s not much to building of the walker and not many features to it. The cockpit can swivel a full 360 degrees and the dome can up and close. The legs can detach to become a flying escape pod. There are also dual flick-fire missiles. 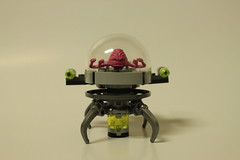 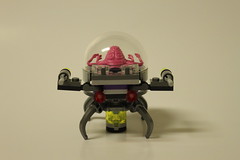 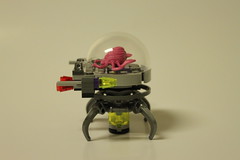 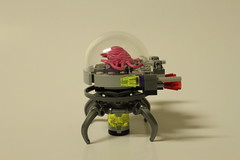 The second part of the build is the laser-shield prison. There are four neon green lasers in the front to hold Michelangelo and a glass cage in the back. The glass can break off by pressing the lever which frees Mikey from the prison. There is a place to hold Mikey’s nunchaku while he’s captured. 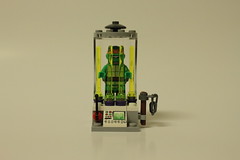 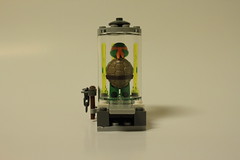 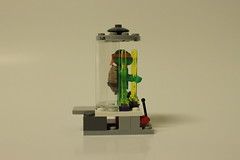 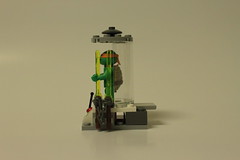 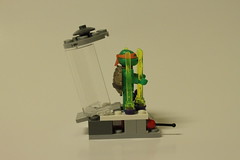 Overall, the smallest set is a pretty good introduction to the TMNT line. If you’re a Ninja Turtles fan like us, you’ll definitely want to be getting your hands on this set. 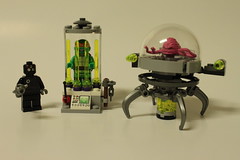 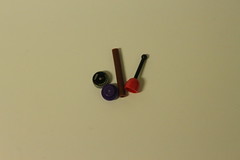