Continuing with the reviews of the initial LEGO Teenage Mutant Ninja Turtles line, here we have the Shredder’s Dragon Bike (79101). This set contains 198 pieces and retails for $24.99, a $0.13/piece ratio. The box has one instruction booklet, three un-numbered bags, a sticker sheet, and a large back tire. 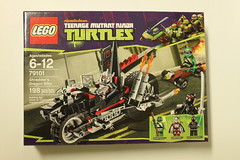 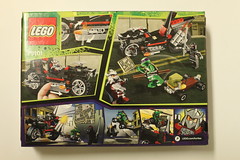 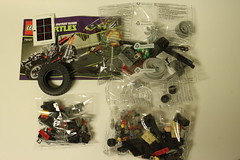 There are three minifigures included in the set, Donatello, Shredder, and a Foot Soldier.

Donatello’s turtle skin is a fairly bright green. The printing on the torso shows a strap across the chest and continues on to his tan colored shell piece. He wears a purple bandana across his eyes and has a frowning expression. He has a bo staff as his accessory. 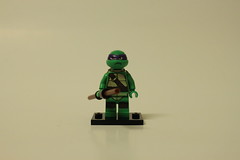 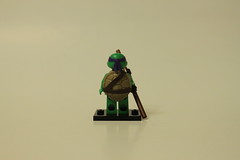 The Shredder, as known as Oroku Saki, is the leader of the Foot Clan and the Ninja Turtles’ mortal enemy. His outfit is a dark red color with armor printing on the front of the torso as well as his legs. The back torso has no printing. He wears some shoulder pad armor and claws on each hand. Shredder wears the signature grey helmet over his disfigured face. He also has a map piece. 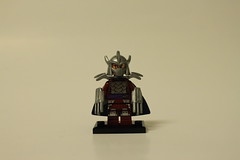 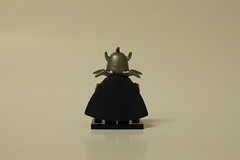 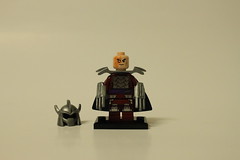 The Foot Soldier minifigure is similar to the ones we’ve seen before in other sets. He has a katana as his accessory. 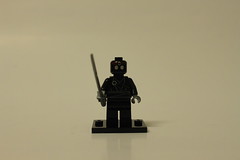 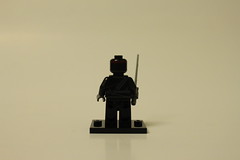 There are two parts to the build, Donatello’s motorized skateboard and Shredder’s Dragon Bike. The skateboard is modified by Donatello with some enhancements. There are now bigger wheels than the normal skateboard. In the back is an engine with a throttle to control the speed. There’s also a spot to hold Donny’s staff. 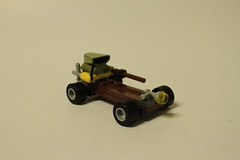 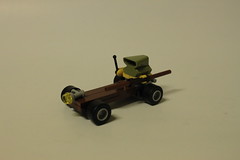 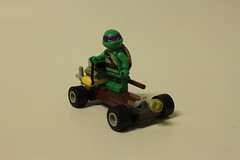 Shredder’s Dragon Bike is a pretty mean looking machine. The front part of the bike has many details that makes it look a lot like a dragon’s head. On the left side of the bike is a dual exhaust with flames. On the opposite side is a flag with Japanese characters. Of course, most action sets now come with the customary flick-fire missiles. One issue when Shredder is riding in the bike is that he doesn’t sit well with his cape on. The cape gets wrinkled easily so I suggest that you take off Shredder’s cape before you sit him in. The Dragon Bike as a whole rolls pretty good even though the front wheel itself gets stuck sometimes. 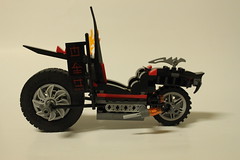 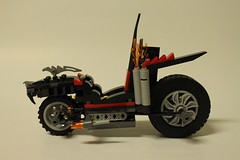 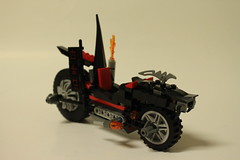 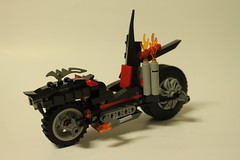 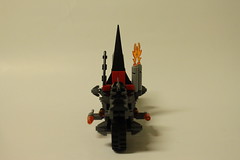 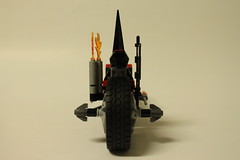 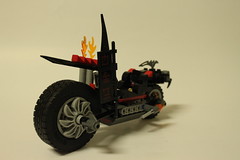 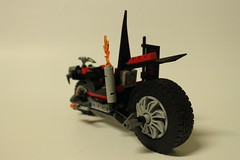 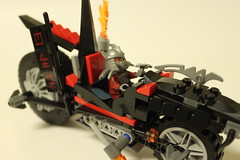 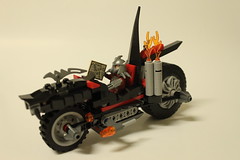 When you look at the Dragon Bike and the motor skateboard, you can’t tell that it’s only a 198 piece set. The bike is put together very well and rolls well. Kids will definitely enjoy rolling it around. The Shredder minifigure is exclusive to the set and is designed nicely. I enjoyed the set and recommend picking it up. 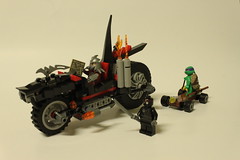 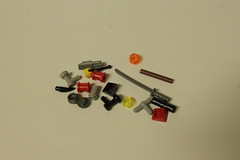