LEGO The Lord of the Rings The Wizard Battle (79005) Review

The LEGO The Lord of the Rings The Wizard Battle (79005) set recreates the scene in The Fellowship of the Ring where Gandalf the Grey first learns that Saruman the White has a secret alliance with Sauron to get the One Ring from Frodo Baggins. The set contains 113 pieces and retails for $12.99 for a $0.11/piece ratio. The box contains two unnumbered bags, one instruction booklet, and two loose 2×14 grey plates. 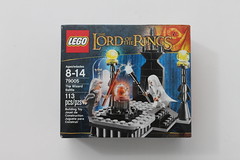 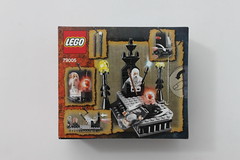 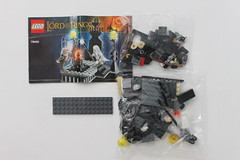 There are two minifigures included in the set Gandalf the Grey and Saruman the White. Gandalf is the same one that is from The Tower of Orthanc (10237). He wears the same grey robe torso and legs that we’ve seen in many previous LOTR sets. He has a double-sided head with the stern/angry expressions. The hairpiece is the same as Professor Dumbledore’s. His accessory is the brown staff. 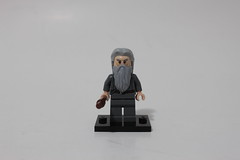 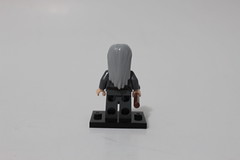 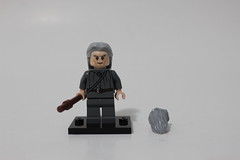 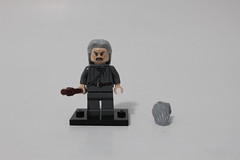 We’ve also seen Saruman the White before in the Orthanc set. He wears a white kirtle that shows off some shiny detailing on both sides of the torso. The leg piece for Saruman is all white and has a white cape. He has a double-sided head with a stern look on one side and an evil smile on the other. Like the one in the Tower set, the head is the same as redesigned Count Dooku Episode II head. Saruman has hair and beard piece that white with a grey patch for the beard. The thing I don’t like about the hairpiece is that it pinches the cape. His accessory is a staff that is created from a couple of pieces. 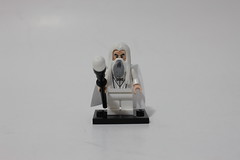 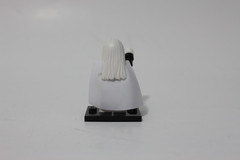 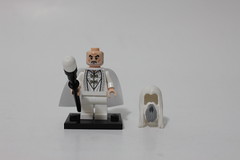 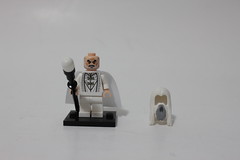 The set takes place in the Throne room of the Tower of Orthanc. The throne has a similar build as the one in the larger set. It has a Technic feature to have Saruman fly at Gandalf. In the front is the a circular platform that is on a black turntable piece. On top of the platform sits the Palantir which is an orange “head” piece that has the all-seeing Eye of Sauron on both sides. The Palantir piece is different from the one that was included in the Orthance set. There is a turning mechanism behind the throne that you use to spin the Palantir around. On either side of the throne are yellow lamps that stand on platforms on the sides of the room. 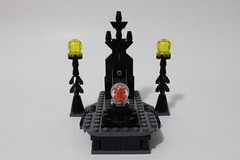 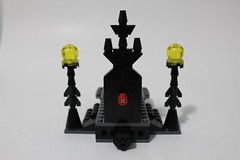 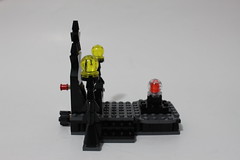 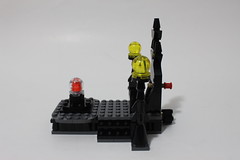 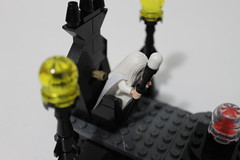 Overall, this is a pretty nice set that is simple to build. For the retail price of $12.99, you get an iconic scene from the first The Lord of the Rings movie with two minifigures and a rare Palantir piece. The room is a little similar from the one in the Orthanc set but it’s still worth it to pick up especially for a cheap pickup of Saruman and the Palantir. 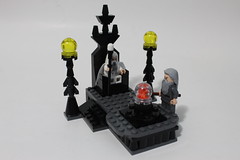 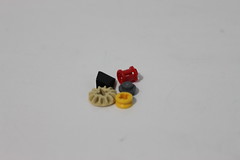 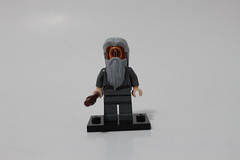 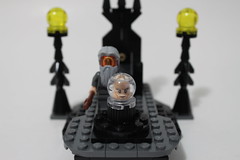