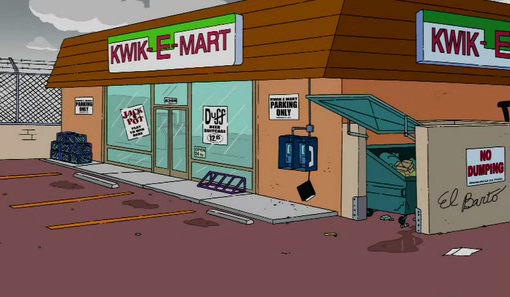 In addition to another wave of the LEGO The Simpsons Minifigures in 2015, a little bird had told me that we could be seeing another set next year, the Kwik-E-Mart. There wasn’t much info given but it was said that it would be a little cheaper than The Simpsons House (71006)

. I could venture a guess that one of the minifigures in the set would be Apu Nahasapeemapetilon since he runs the Kwik-E-Mart. Another minifig could be his brother Sanjay since he helps out from time to time.

For now, I would take this a rumor but it might be possible that we could be seeing another set considering that another wave of minifigures are being released next year.