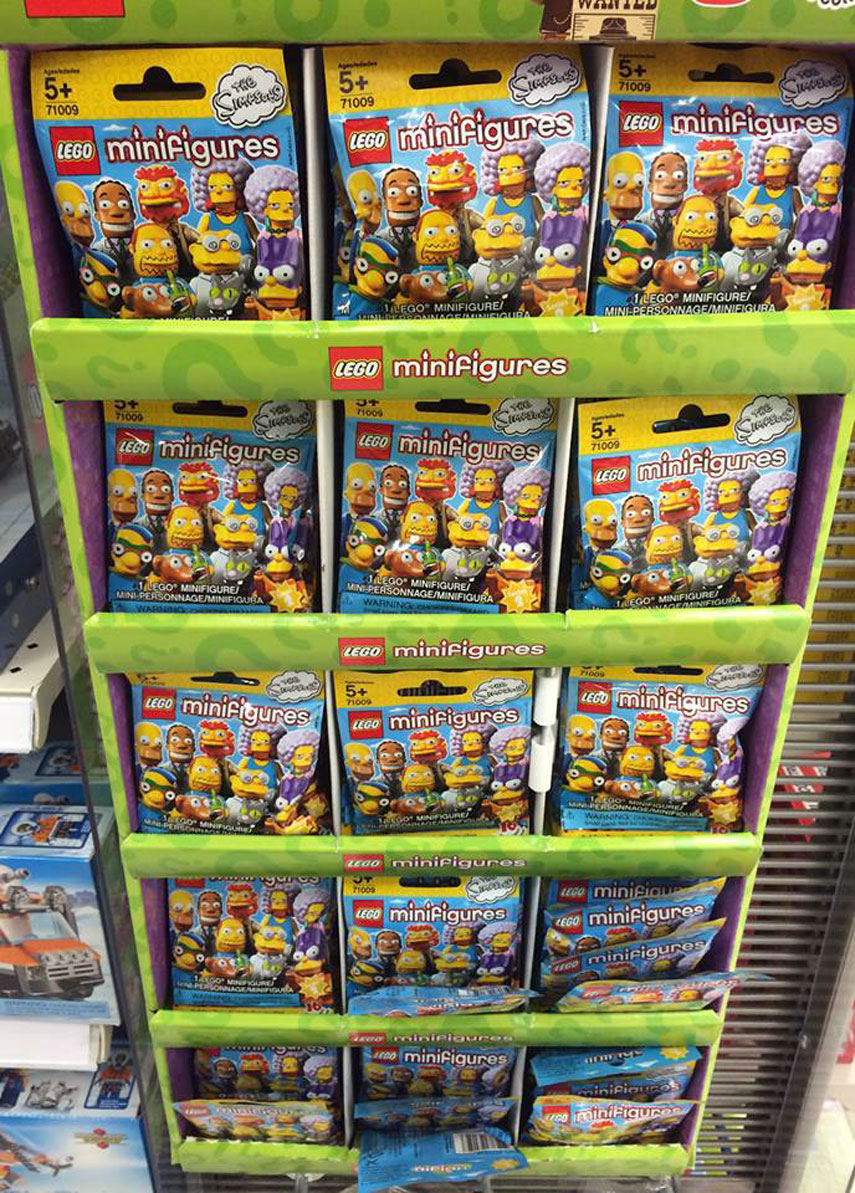 There have been reports that the LEGO The Simpsons Minifigures Series 2 (71009) has started to show up at various Target stores and being displayed on endcaps like the ones you see in the image above and on the shelves. Unfortunately, many of the stores have a strict release date of May 1st so they won’t even sell them even if they’re displayed on the floor which is such a tease. However you might get real lucky and find some stores that will sell them but that’s pretty rare. The Target DPCI for the Series 2 Simpsons minifigures is 204-00-1379 if you have trouble finding them when they are officially released in May. Thanks to Multigasmgeek for the DPCI number.

While you’re there, why not go see if the LEGO City Go-Kart Racer (30314) is available there as well as there have been reports that the polybag has started to show up. The DPCI number for the polybag is 204-00-0291.